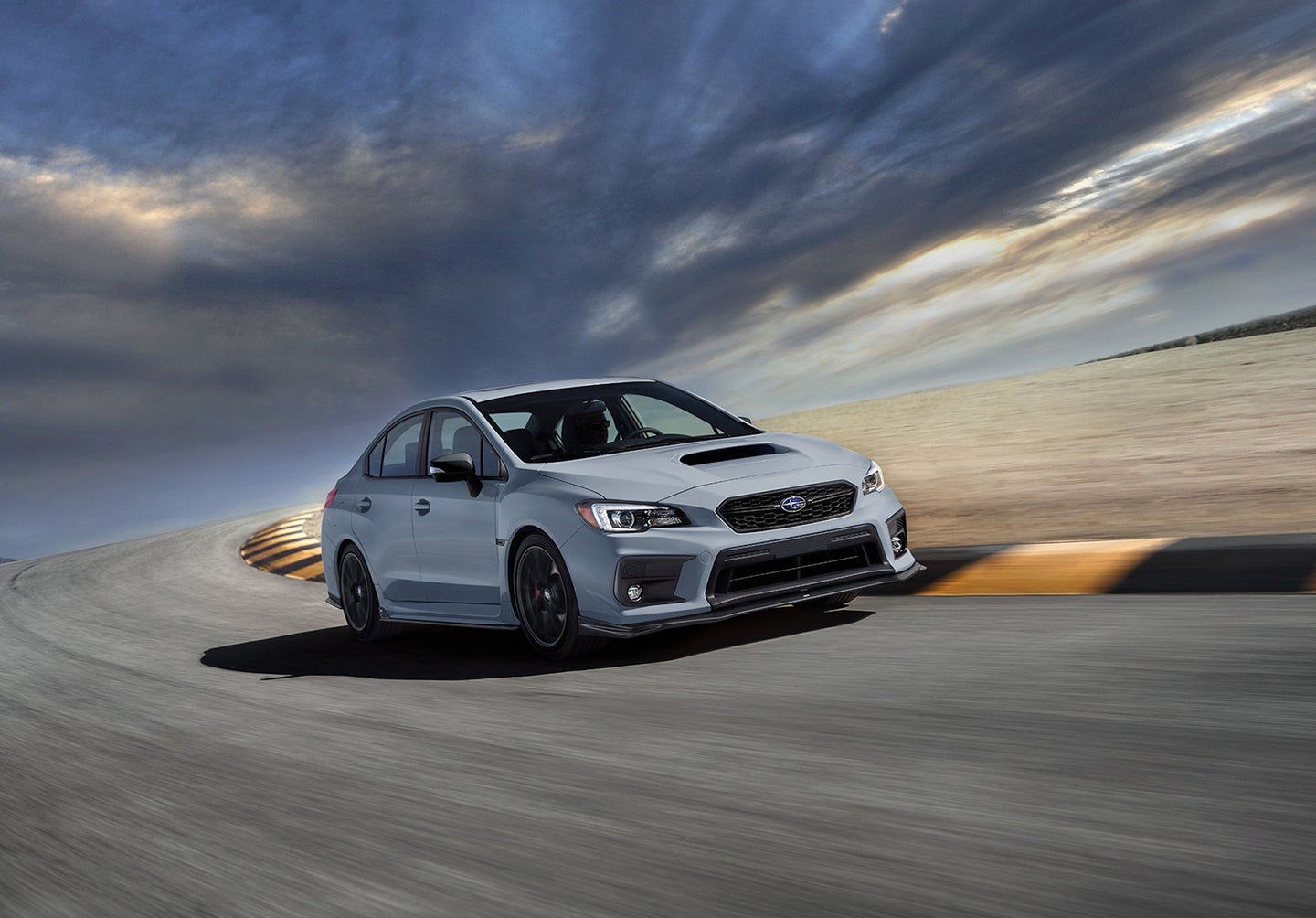 Subaru has announced the introduction of the limited-run 2019 WRX Raiu Edition for Canada. This is the first special edition WRX sold there in more than 15 years. These units are similar, if not the same as the 'Series.Gray' Special Editions revealed for the U.S. a while ago.

The special-edition WRX has a name derived from the Japanese word for thunderstorm and is powered by a familiar 2.0-liter turbocharged four-cylinder engine that sends power to all four corners. While you may not get the STi's bangin' output of 310 horses, you do get 268 horsepower and 258 pound-feet of twist at the crank. This Subaru boxer engine is mated exclusively with a six-speed manual transmission.

Besides all the features that the rally-inspired WRX gets, the Raiu Edition sports several exclusive upgrades to enhance its guise. Based on the WRX Sport-tech RS, the Raiu has dynamic visual and performance enhancements like an STi-branded front lip, side sill, and rear side spoilers, as well as a special short-throw shifter.

Completing the upgrades are interior and exterior accents in black, 18-inch alloy wheels painted in a gunmetal finish, and an exclusive Cool Grey Khaki paint job.

It also gets the Sport-tech RS trim's existing features, including Recaro front seats with "Ultrasuede" upholstery for both the front and rear, a seven-inch touchscreen multimedia system with navigation and smartphone mirroring technology such as Apple CarPlay and Android Auto, plus a nine-speaker Harman Kardon stereo system. On the outside, Jurid front brake pads and red-painted brake calipers help spruce it up a bit to further separate the Raiu Edition from run-of-the-mill Subies.

The 2019 Subaru WRX Raiu Edition is a limited production model as only 100 units will be made, all of which are headed for Canada. Prices start at $40,995 CAD, that’s $31,150 USD roughly, and will be available at Subaru dealers across the northern country soon.

2019 GMC Yukon Graphite Editions: Welcome to the Dark Side

Both editions of this full-size SUV get darkened looks. One gets more brawn.