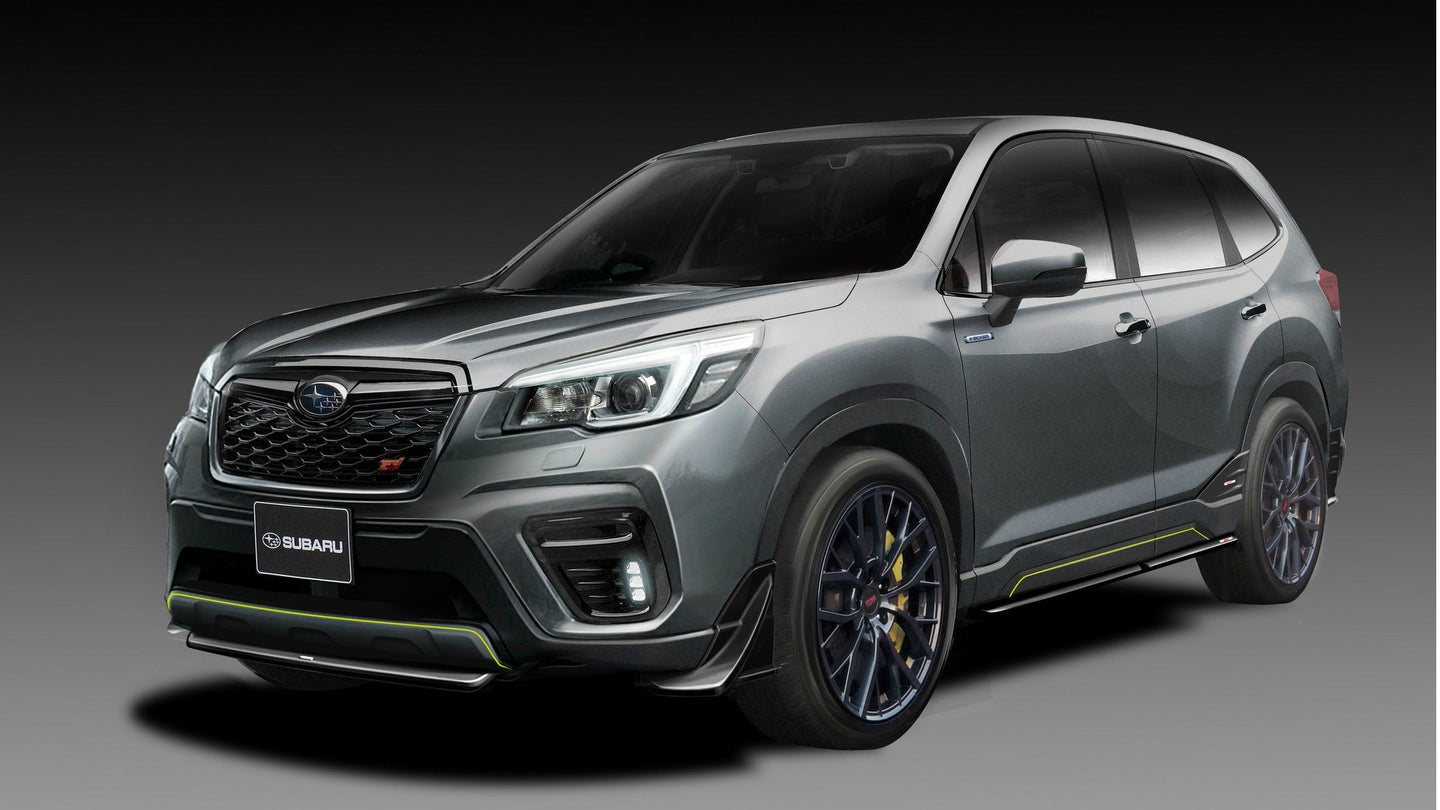 Subaru announced on Wednesday that it will unveil a Forester STI and Impreza STI concepts at the 2019 Tokyo Auto Salon on Jan 11. The former will feature the brand's new eBoxer Hybrid engine, while the latter will be based on the Impreza hatch that's currently available in the U.S., even if this spicier version won't make it stateside.

When unveiled, the Subaru Forester STI concept will feature an exclusive Fighter Gray exterior paint along with a set of unique 19-inch aluminum wheels and high-performance braking system from Brembo, which boasts six-piston calipers on the front axle.

The STI variant of the popular wagon will be fitted with a more powerful version of the current Forester's eBoxer powerplant, which combines a 2.0-liter four-cylinder engine with an electric motor. The electric motor produces 12 horsepower and 48 pound-feet of torque, thus bringing the combined power output to 155 horsepower and 187 pound-feet.

To further differentiate the Forester STI from less powerful models, Subaru has fitted the high-performance wagon concept with a revised grille with a honeycomb mesh insert and STI badging, a more aggressive front bumper and dive planes. A pair of extended side skirts and a redesigned rear bumper with yellow accents complete the exterior styling modifications.

Like current STI models, the Impreza hot hatch will feature an aerodynamic body kit which includes a front splitter and extended side skirts. The Impreza STI will also be equipped with a revised grille, a contrasting black roof, lightweight alloy wheels and a redesigned rear bumper with center-mounted dual exhaust outlets.  Sadly, no specs or other details were released in regards to the Impreza STI concept.

In addition to these two amped-up rides, Subaru will also showcase a Levorg and WRX STI models fitted with an assortment of high-performance goodies. No additional details have been provided on these two models, but Subaru has mentioned that the WRX STI will feature Recaro seats and 19-inch BBS wheels painted in the iconic gold finish.

It wasn't that long ago when "performance" and "crossovers" used in the same sentence sounded a bit oxymoronic. However, with the recent explosion in sales of crossovers like the Porsche Macan, Mercedes-AMG GLC 63, Audi SQ5 and others, high-performance crossovers are now becoming more mainstream than before.