Could this be a sneak preview of the next Impreza wagon? 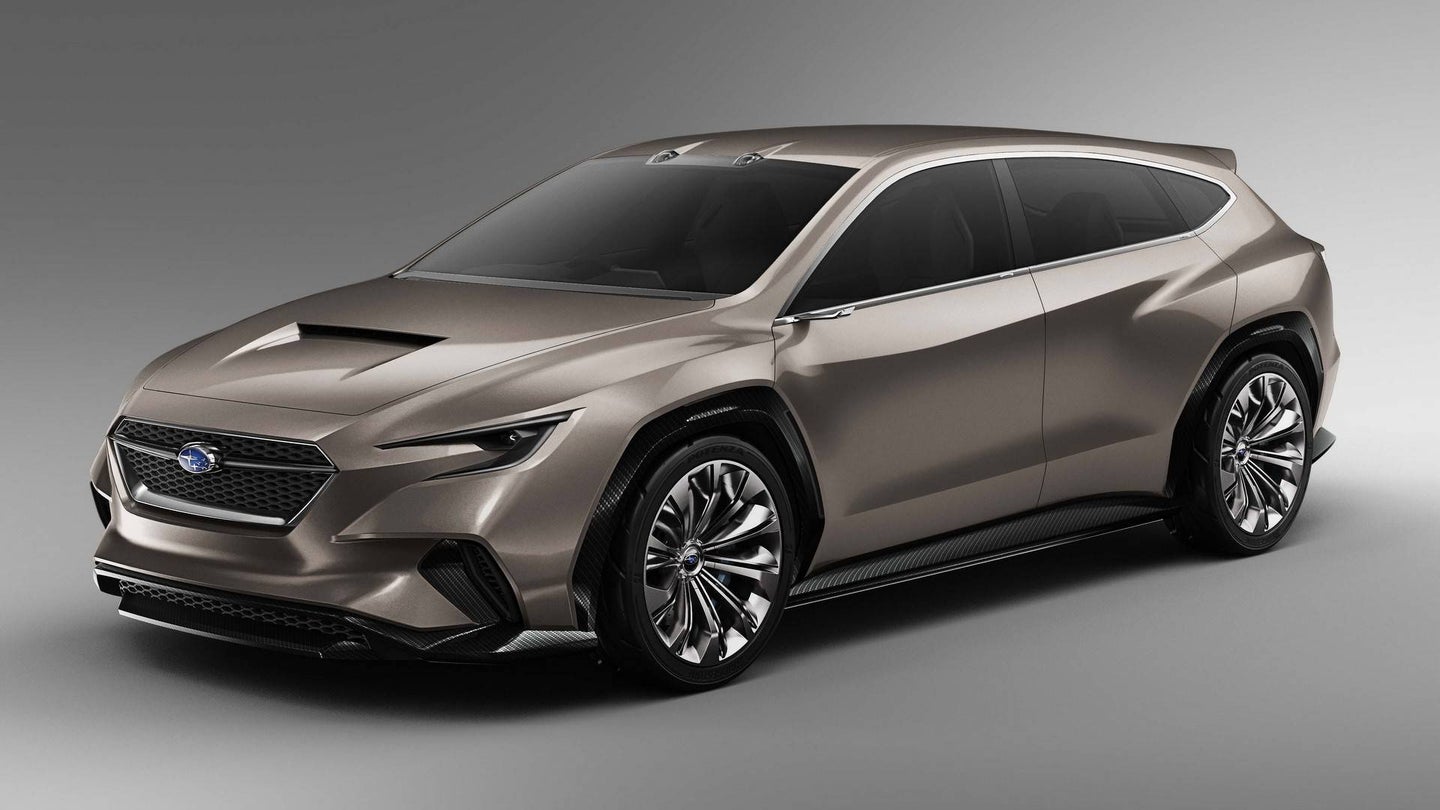 Following up on the Viziv Performance and Performance STI Concepts, Subaru revealed the Viziv Tourer Concept at the Geneva Motor Show on Tuesday. It's a sleek wagon version of the earlier Viziv concepts.

The Viziv Tourer Concept combines a symmetrical all-wheel-drive layout powered by a boxer engine, as one would expect from a Subaru. Unlike the current WRX, Subaru's EyeSight system is featured prominently. Rather than hiding the Eyesight cameras behind the windshield, they are mounted externally on little pods above the windshield. They remind me a little bit of the roof vents on a rally car, which may not be a coincidence.

The styling is a bit more conservative than previous Viziv concepts. It retains the WRX-style hood scoop, but the front and especially the rear are significantly less aggressive than the performance concepts. It's possible that this is what Subaru has in mind for the next Impreza, rather than the WRX.

Or perhaps this will be the next Subaru Levorg, a model not available in the U.S. that is, for all intents and purposes, a WRX wagon. I bought my 2015 WRX in spite of it being a sedan rather than a hatchback like the competition, or like earlier versions of the WRX. Wagons rock, and we'd love to see to see a five-door WRX return to North America.

Bugatti teaches its Olympic sprinter how to dance.

Vizzion concept is central, as are robo-cubes and even charging ‘bots, but it all needs a massive push.