Leon Lloyd had reportedly bought his Impreza earlier that day. 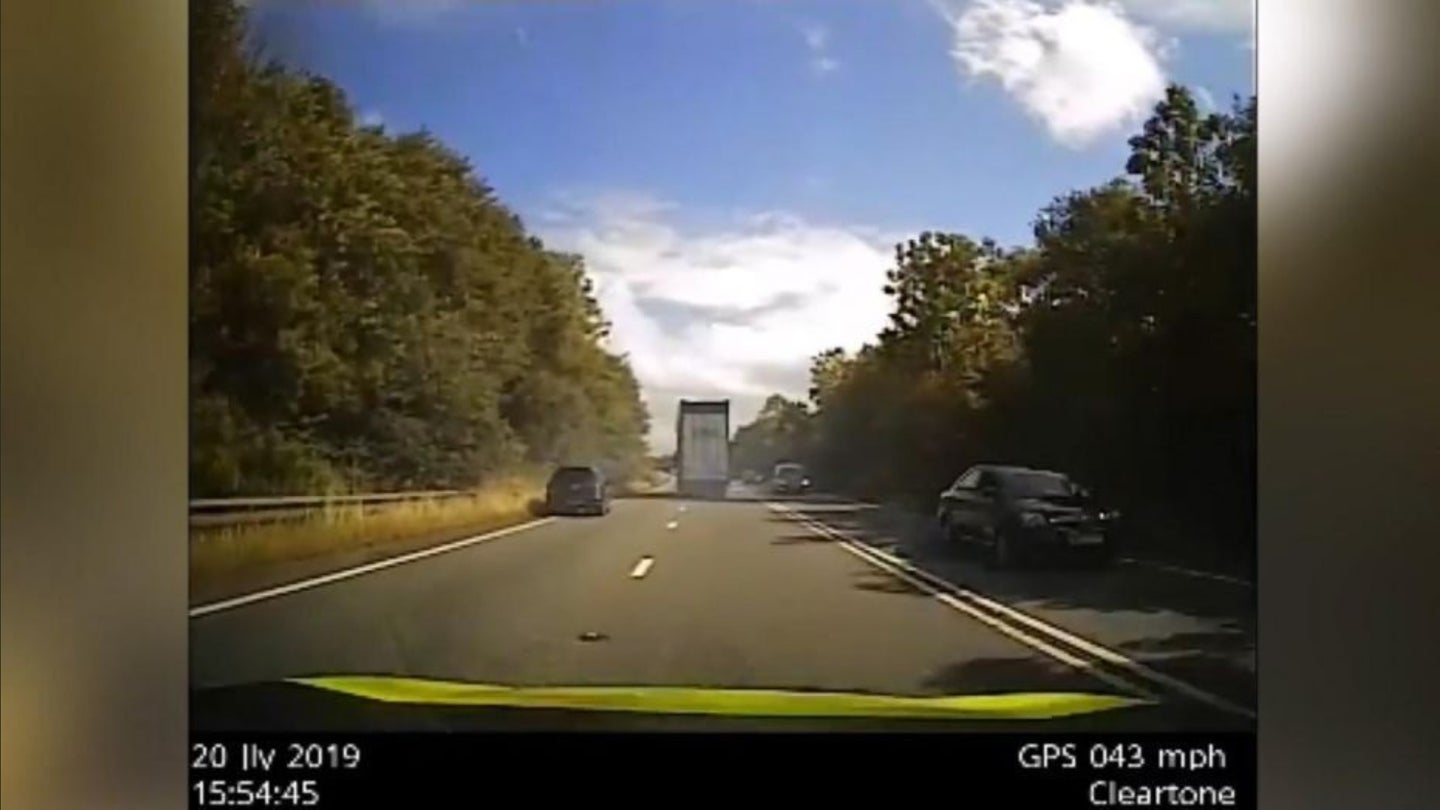 An English man is about to have a lot of free time to think about safe driving, and how he could've done things a bit different. According to Fox News, a student driver in Cornwall has been sentenced to eight months behind bars and was handed a three-year driving ban after leading police on a 137-miles-per-hour chase.

The report claims that 23-year-old Leon Lloyd was initially pulled over in his new-to-him Subaru Impreza at a highway rest stop in Cornwall for driving without insurance. He had reportedly had just picked the Subaru up that very day. Unwilling to face the consequences of driving without proper documentation and likely wanting to see what his sweet new ride was capable of, Lloyd sped away from the cops, "crossing lines, weaving in and out of traffic and quickly accelerating to over 100 mph on the 60 mph road," said the report.

Nine miles down the road, the Impreza apparently had enough and blew its engine, emitting a large cloud of smoke.  Lloyd was later slapped with jail time and driving ban after admitting to "driving dangerously and operating a vehicle without insurance or a license" in court.

Looking at the police dashcam video obtained by the Daily Mail, the Impreza unsurprisingly appeared to be of the WRX STi variety, specifically a "bugeye" wagon model complete with World Rally Blue paint and gold wheels.

"The police were surprised the Subaru could go that fast, and in fact, its engine blew up," the prosecuting attorney noted.

"There were dozens and dozens of vehicles coming towards you," Judge Timothy Rose told the 23-year-old rally-wannabe. "One slight hiccup with the steering wheel would have caused a collision with possible multiple fatalities."