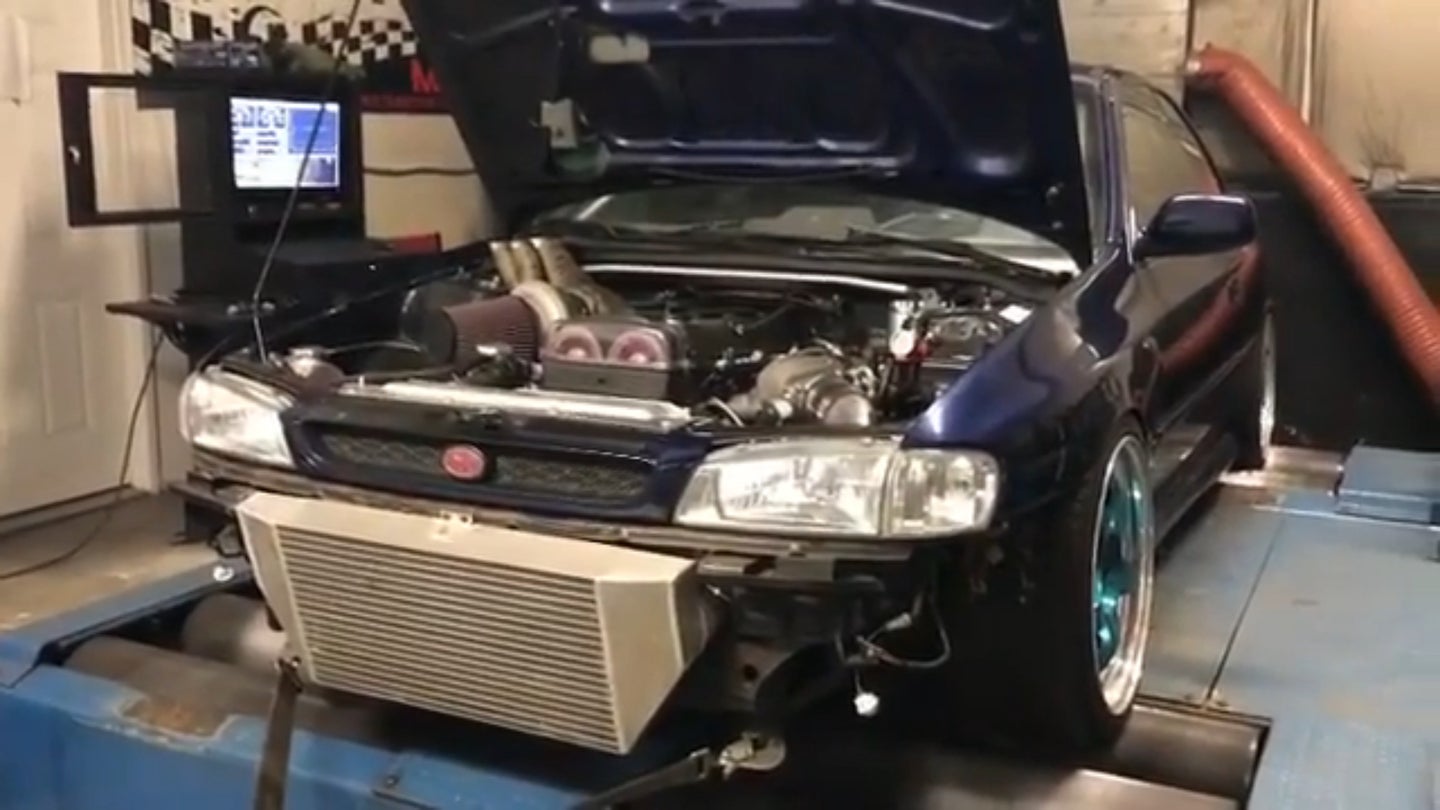 How do you piss off a good 50 percent of the JDM community? Why, you 2JZ-swap a Subaru, of course. Not annoying enough? Take out the Subie's all-wheel drive. Still not satisfied? Mention the phrase "headgasket failure" and you'll induce at least two weeks' worth of nightmares.

After 10 years and three blown engines (including one from a WRX STI), one particular Subaru Impreza 2.5 RS owner said "[expletive deleted] it" and swapped in a new 2JZ-GTE engine from a Toyota Supra. With a ludicrous number of upgrades including a rear-wheel drive swap and a six-speed manual conversion, the car doesn't have much Subaru left in it...but it may show signs of being the JDM Anti-Christ.

The seller claims it currently makes 655 horsepower at the wheels—but good luck getting the tires to gain traction in any gear, as you can see on the owner's Instagram page.

Then again, if you have the money for this car, you definitely have money to burn on tires, too. With the Supra engine comes the Supra price tag, as this monstrosity costs an eye-watering $150,000. The seller blames the excessive amount of money, time, and energy spent on this project––which of course is an unrealistic way to calculate value for any modified car, no matter how expensive it was to build.

Not that the owner is completely serious about any of this, especially the reason for the build; take a good look at the Craigslist ad (or archived link posted above) and you'll immediately understand his thought process. Warning: The ad contains lots of swearing and crying emojis, symptomatic of any project car build.