And as long as it's fast, does it even matter? 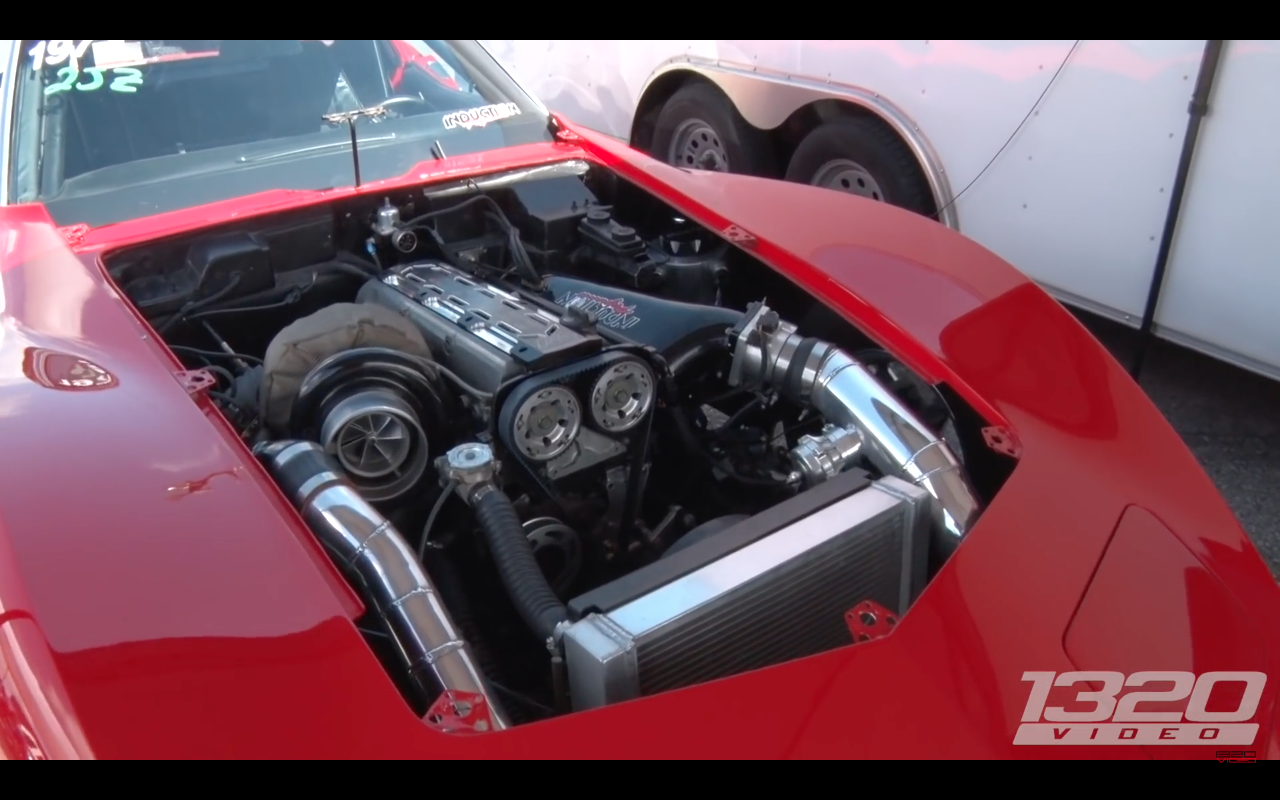 Corvettes are common sights at drag strips. Since the first 265-cubic inch V8 powered C1 rolled off the assembly line in 1955, the venerable 'Vette has been a staple of stoplight to stoplight racing. The almost unbroken six decades of production of the Corvette has garnered it an almost religious following, due in part to a consistent, if primitive, design. Fiberglass body, cam-in-block V8 up front, rear wheel drive, and leaf springs for rear suspension. Most people have ridden in wheelbarrows with more advanced suspension, but given how the Corvette handles, GM's stubborn design is nearly bulletproof.

The owner and driver of this 1973 C3 Corvette cares not for tradition, however. 1320video documents a TX2K competitor whose C3 is powered not by a 454 big block GM V8, but instead by a 3.0 liter Toyota 2JZ-GTE inline six, coupled with a turbocharger that looks as if it was stolen from under the wing of a Boeing. The car's owner says it makes 1,260 horsepower at the rear wheels, though the power is turned down for the class he competes in. He reports his best quarter mile passes as being in the 7.6 second region.

For one reason or another, the owner got rid of the 572 cubic inch big block V8 his father presumably tucked under the hood after buying the car in 1998. He then set about cannibalizing a Lexus for its 2JZ, and after selling the 572, he had enough cash in hand to build the Toyota engine up. In light of the recent "tuner" boom of the late 1990s, it must have been no trouble finding a shop willing to work on the engine that Paul Walker made into a household name with his "pop the hood" line.

Does it really matter if this Corvette has the "right" number of cylinders if it's a 7 second car, though? It was GM, after all, who put the Blue Flame in the C1.