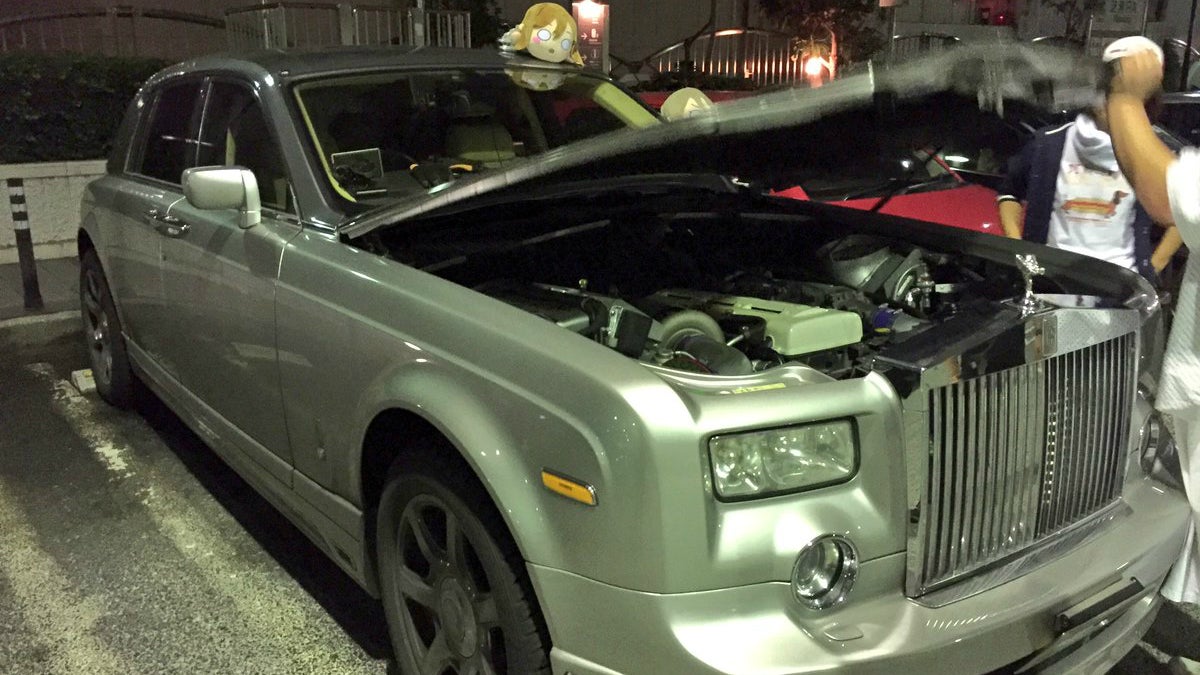 Update: as of Tuesday, we have found a video of the car in action, embedded at the foot of this article.

If there's one fact that isn't up for debate in today's world of fake news and alternative facts, it's this: Rolls-Royce knows how to make a damn fine engine. They have built a tremendous variety of special-purpose engines, which include those for their own luxury cars, the Meteor engine for the British World War II tank, the Cromwell, and possibly the most famous engine in all of aviation: the 27 liter Merlin V12. Why anyone would forego an engine made by such an esteemed company is beyond us. Nevertheless, somebody out there decided that the Rolls-Royce 6.75 liter V12 wasn't their cuppa, and oped instead to swap in a 3.0 liter Toyota 2JZ-GTE inline six.

The factory 6.75 in the Phantom is not short on power by any means. 453 horsepower and 531 lb-ft of torque are no small figures, but the owner of this Phantom seems to live by the philosophy less is more when they decided to drop in the Toyota engine. Sporting half the cylinders, and less than half as much displacement, the layman would expect this 2JZ swap to be the equivalent of dropping a slant six into a Charger Daytona, but the big difference here is that there's boost, and lots of it, on demand: this 2JZ is twincharged. Between the HKS centrifugal supercharger and the GReddy turbo mounted above it, planting one's foot on the presumably plush floor of this Phantom results in close to 900 horsepower slamming all occupants back into their massage seats, on a setting we can only assume is labeled "meat tenderizer."

According to some roughly translated tweets, this swap was done when the original car's engine called it quits. We would presume, looking at the car's current powerplant, that it was because of the owner's addiction to boost. They're not the first to boost the bejeezus out of a Rolls-Royce, though, as everyone's favorite nut job Corbin Goodwin beat them to the punch.

Maybe some car spotters will get some video of this car in action. If not, it may just fade into obscurity, the way so many project cars do. More photos can be found here.

Addendum: a video by TheSpeedHunters of the car has surfaced.

This Video Shows You How to Buy a Rolls-Royce

Rolls-Royce gives us peasants and common folk a brief look into the process of buying a bespoke luxury car.