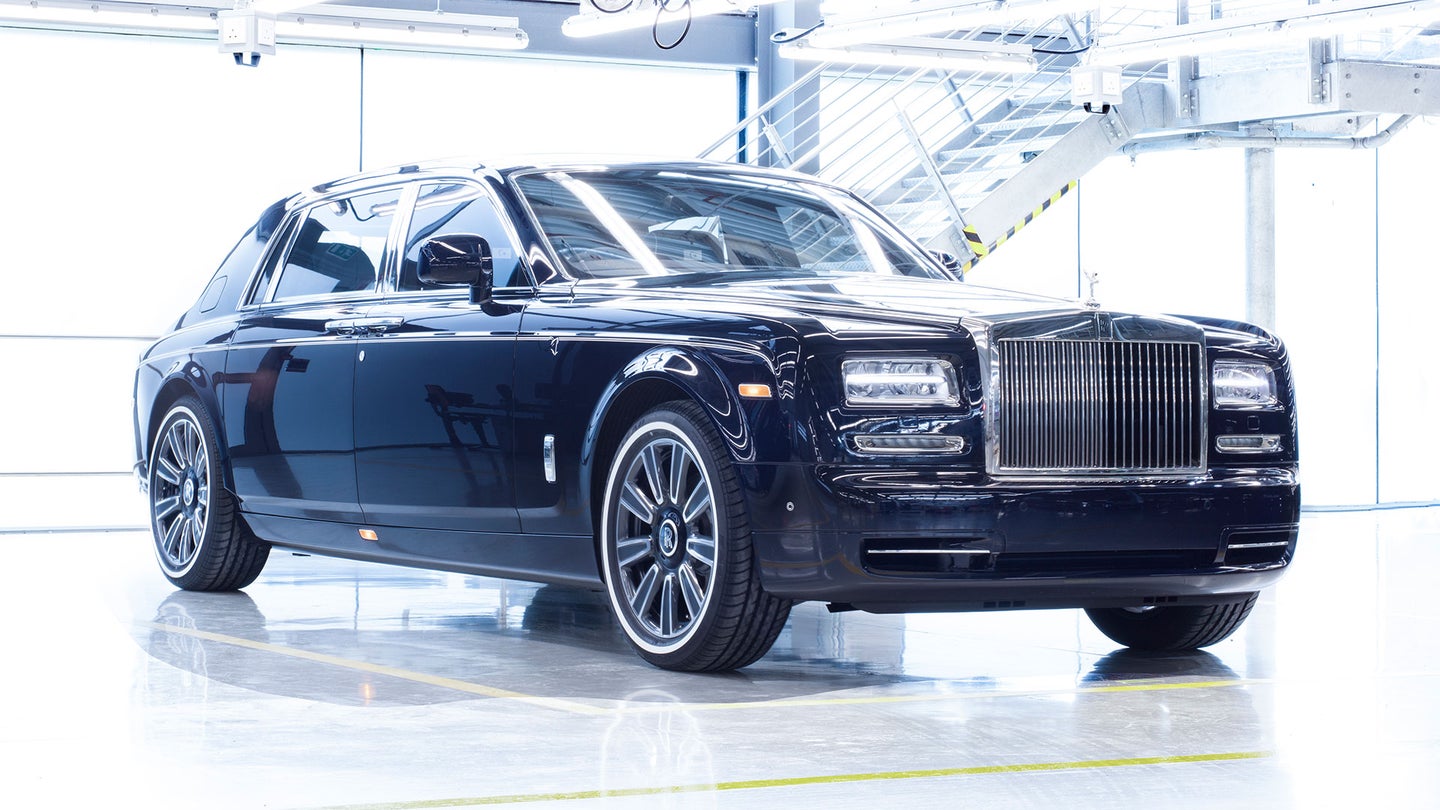 After 13 years of rolling off the assembly line and into the garages of some of the world's wealthiest individuals, the current Rolls-Royce Phantom is shuffling off into the history books. But the gang from Goodwood aren't the type to let a car fade away without a proper send-off. So to pay tribute to both this esteemed model and the six previous Phantom models that came before it, Rolls-Royce has whipped up a Gilded Age-inspired one-off luxury sedan that's as much a rolling palace as it as a car.

The final Phantom, an extended wheelbase model built for someone the carmaker refers to as "a renowned contemporary Rolls-Royce collector," was inspired by 1930s-era ocean liners, according to the company's press release. Large, elegant clocks adorn both the dashboard and the partition, and can be adjusted by a dramatic bezel described by a Rolls-Royce press release writer apparently lacking in sci-fi knowledge as "reminiscent of HG Well’s [sic] time machine." The interior is upholstered in aquatically-inspired Powder Blue leather, while the exterior paint color is called Blue Velvet, suggesting the anonymous owner may be a big David Lynch fan.

The drivetrain remains stock, but considering the outgoing Phantom pairs a 453-horsepower 6.75-liter V12 with an eight-speed automatic,  the owner should be able to make brisk progress over land while traveling from his favorite yacht to one of his private jets. (Because you know anyone described as a "Rolls-Royce collector" has more than one of each of those.)

And if seeing this particular Rolls-Royce has given you a brilliant idea for how to spend your recently-acquired Mega Millions jackpot on a custom Roller of your dreams, don't sweat. The all-new, eighth-generation Phantom will arrive next year.