Say Goodbye to the Rolls-Royce Phantom Coupe and Drophead Coupe 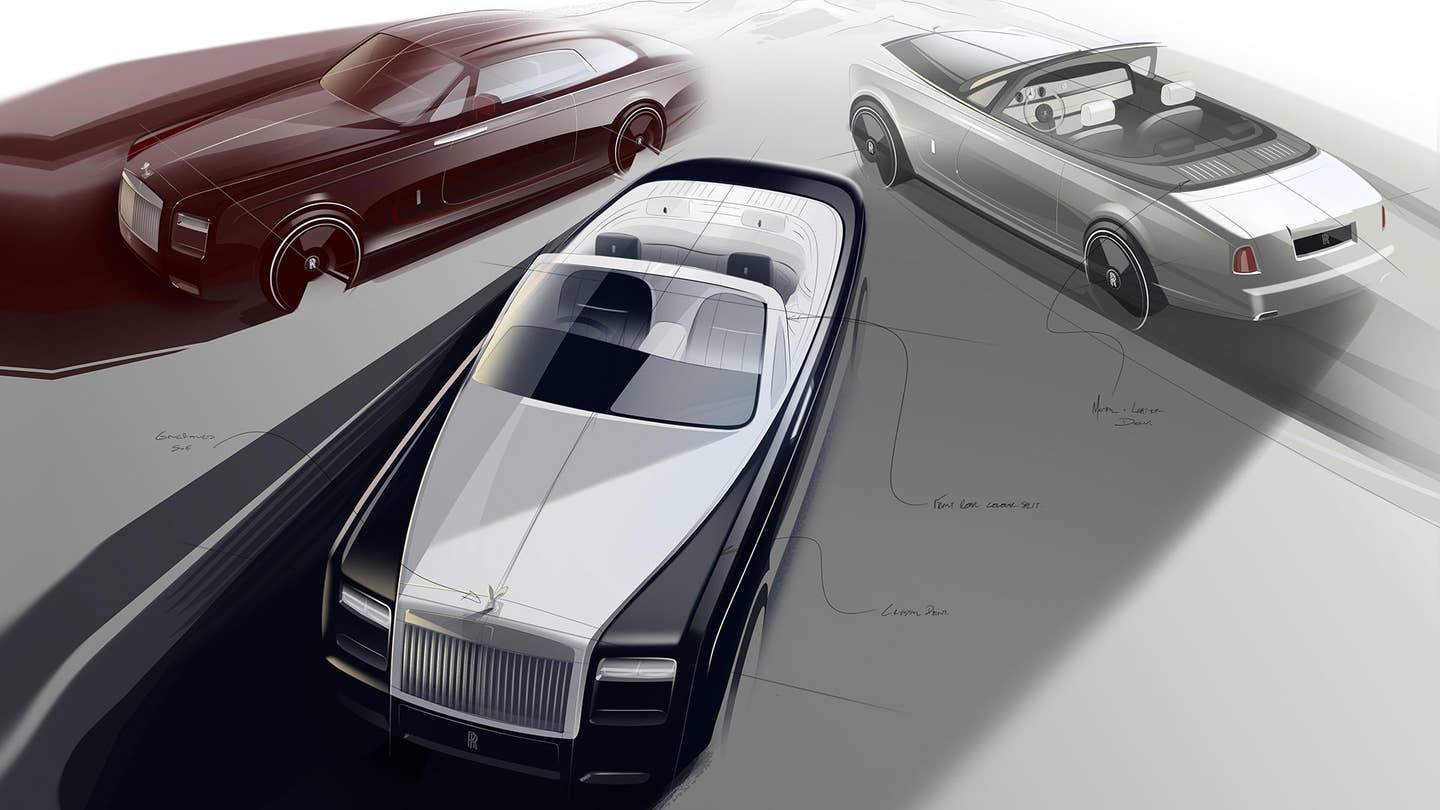 Rolls-Royce has announced that the Phantom Coupe and Drophead Coupe will be permanently discontinued with the retirement, later this year, of the current-generation Phantom. That jingling you hear is the sound of blinged-out rappers trembling as they sob. (On the other hand, the Brooklyn Bridge is probably pretty happy.)

The news comes from none other than Rolls-Royce’s heavily umlauted CEO, Torsten Müller-Ötvös, who made the declaration in a press release today. The final coupe and convertible versions for the seventh-generation Phantom will roll off the assembly line this November, along with the final four-door versions of the 13-year-old (!) ultra-luxury car.

To see the two-door Phantoms off on a high note, Rolls-Royce will build a limited run of what they’re calling “Zenith Edition” Phantom and Drophead Coupes, which they previewed in the minimalist drawing we’ve included above. Each of the 50 Zenith Edition cars will come with such frivolities as "laser etched armrests depicting the original launch locations of 100EX in Villa D’Este and 101EX in Geneva" (what does that even mean? Map coordinates? An overview of the city? We have no idea), a customized instrument panel, and something called a “Tailgate Hosting Area,” which sounds like a feature more suited to Lambeau Field than a Rolls-Royce. According to Rolls-Royce, the Zenith Phantoms will also come with “a ‘money cannot buy’ portable memento of [the owner’s] purchase.” (In other words, a scale model.)

Müller-Ötvös made clear that the Phantom will return, sans coupe and convertible versions, in the near future—presumably on the aluminum platform, currently under development, that the company says will be the basis of every future Rolls-Royce starting in 2018. Don’t be too shocked if that first aluminum Roller happens to be the eighth-gen Phantom: There’s too much money to be made selling half-million-dollar sedans for Rolls to leave that segment empty for long.

That said, if you don’t manage to snap up one of those final Phantom Coupes or Dropheads, we’re sure Rolls-Royce will happily help you customize a Wraith or a Dawn up to a Phantom-like pricetag.

Is Rolls-Royce’s Spirit of Ecstasy the Most Beautiful Hood Ornament?

Mountains may fall, rivers may jump their banks, but Rolls’ illustrious mascot will endure.