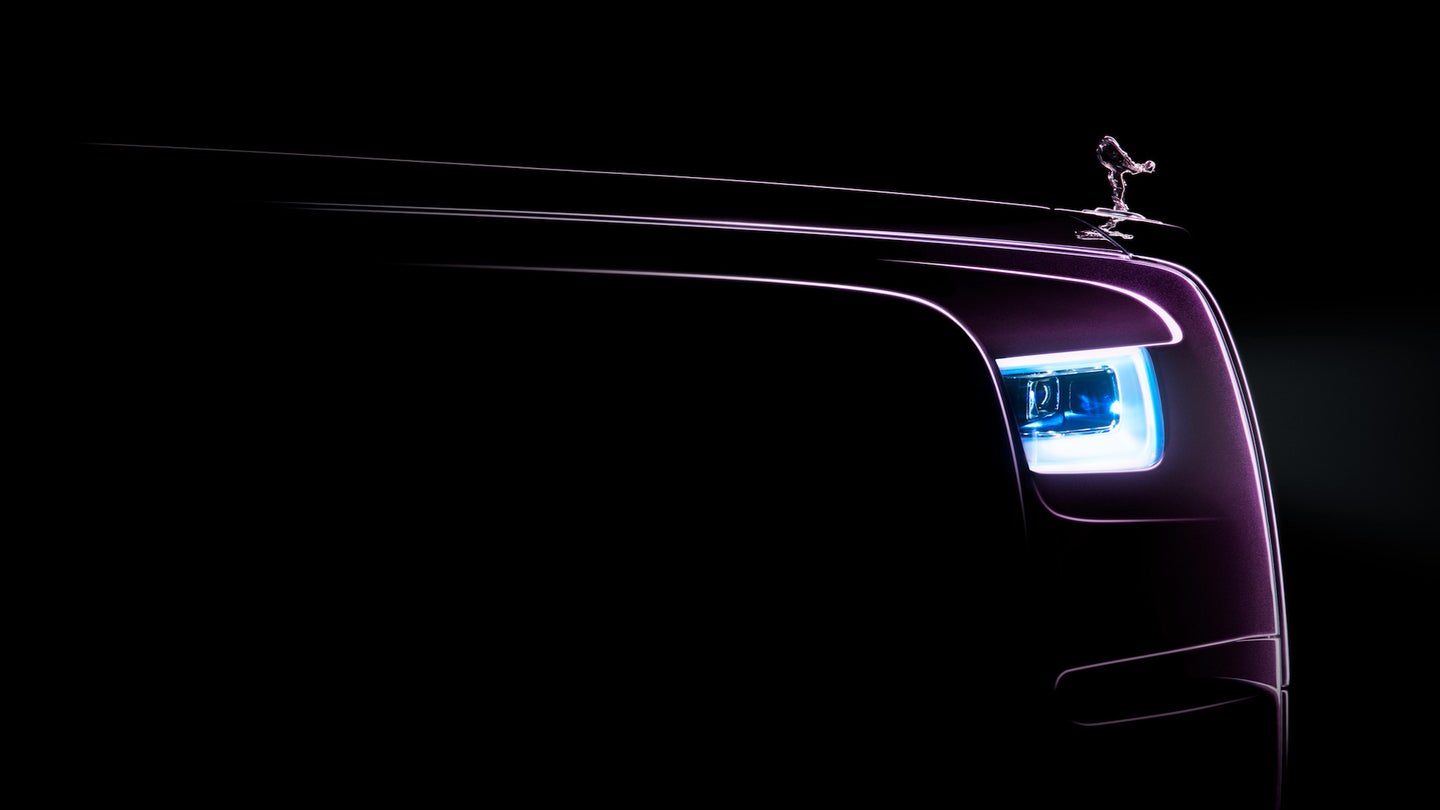 The rightful king of luxury, Rolls-Royce, has always been extremely picky about what goes into its models, but that's what makes these land yachts so great. The company's pride and joy is the Phantom, teeming with the best luxury equipment money can buy. It loves this car so much that it sent the final iterations of the Phantom VII off with pieces of the assembly line it was built on included with the car. The 13-year reign of the current Phantom may be over, but Rolls is organizing a special house-warming party for the incoming eight generation Phantom in London next week.

Rolls-Royce teased the latest Rolls-Royce Phantom in a press release today, giving fans a new teaser photo to salivate—I mean, speculate—over before its official unveiling next week. The eighth-generation flagship sedan will be revealed during the "The Great Eight Phantoms" exhibit on July 27, which showcases the best examples of each generation of the Rolls-Royce Phantom. The event will take place at Bonham's in Mayfair, London, and the British public is invited to attend the exhibition. Along with the teaser image, Rolls announced the final three historic Phantoms on display at the event.

The first car is Queen Elizabeth II's Phantom VI State Limousine, a bespoke Phantom VI gifted to Her Majesty in 1977 by the Society of Motor Manufacturers and Traders.

Also present will be the Ago Khan Phantom IV, loaned to the event from Ago Khan III's collection that combines aspects from the late Imam's lavish lifestyle and his love for horse racing.

The final car to be shown is "The First Goodwood Phantom VII," a 2003 Phantom famous for driving across Australia, displaying the car's excellent knack for grand-touring.

Rolls-Royce has hand-picked these cars, plus four others, to showcase the best Phantoms from each generation, whether it be a model with plenty of history or one owned by royalty.