This Pennywise Jeep Wrangler Keeps Terrorizing the People of Louisville

Since it’s a right-hand-drive model, it even looks like the clown from “IT” is actually driving around, spreading Halloween fear. 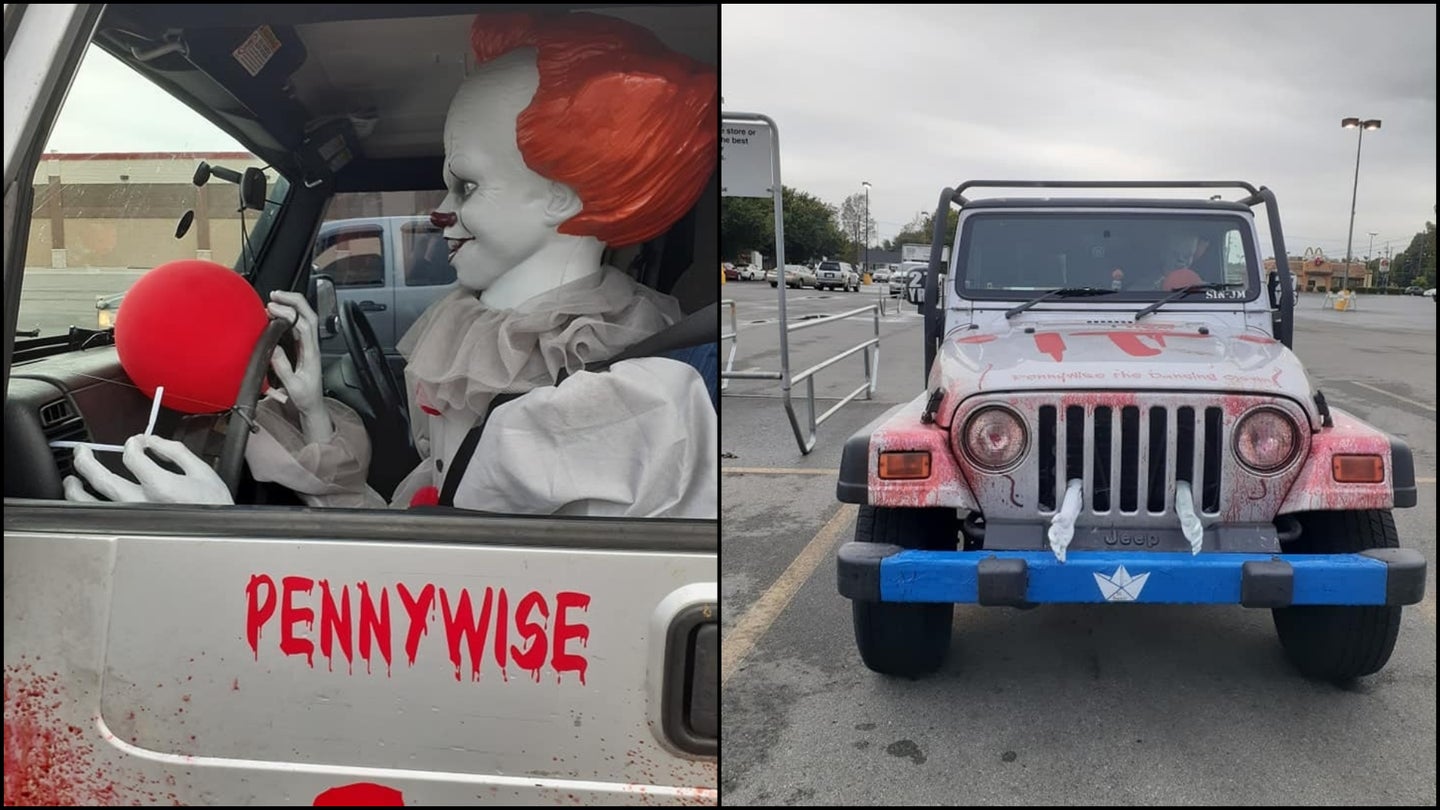 You might consider yourself festive if you decorate your car with reindeer antlers around Christmas time, but you'll never hold a peppermint-scented candle to this Louisville-area Jeep owner. Andrew Johnson has gained notoriety after creating elaborate costumes for his 2000s-era Wrangler for seemingly every season and occasion, but this fall, he's driving the spookiest off-roader around that's got people praying to the Lord above.

Johnson's Jeep is covered in horrific tips to Stephen King's classic IT thriller, with Pennywise even riding in the front seat. The best part of it all is that since the Wrangler is a right-hand-drive model, the film industry's most recognizable clown can sit where you'd normally expect to see a driver and steering wheel.

“I get screams,” Johnson told local CBS outlet WLKY. Not only that, but people supposedly follow him from point to point just to ask questions about his creepy car. “I’m always the attraction,” he continued. “Wherever I go I have to plan an extra 30 minutes just for that.”

Fake blood is splattered across the hood and doors, and some of the movie's most chilling quotes are plastered on the Wrangler, too. Pair that with the undoubtedly freaky clown peering at you through the window and it's more than enough to make you slow down and gaze at the Wrangler or get the hell out of its way.

While at least part of the motivation to do this comes from shock value, Johnson also does it to help out his community.

“It’s a lot of fun, it's entertaining to people. I go to benefits for sick kids and stuff, and lots of kids really, really like it. I go to schools and festivals. It's a lot of fun,” Johnson said.

The Jeep has been themed in everything from Resident Evil to Fortnite in the past, always catching the attention of onlookers, whether that be a good or bad thing. In total, it's captured over 220 million views on social media, meaning you've probably seen it in one form or another.

If Johnson really wants to scare people, he'd sign up to become an Uber driver under the name "S. King." Just a suggestion.