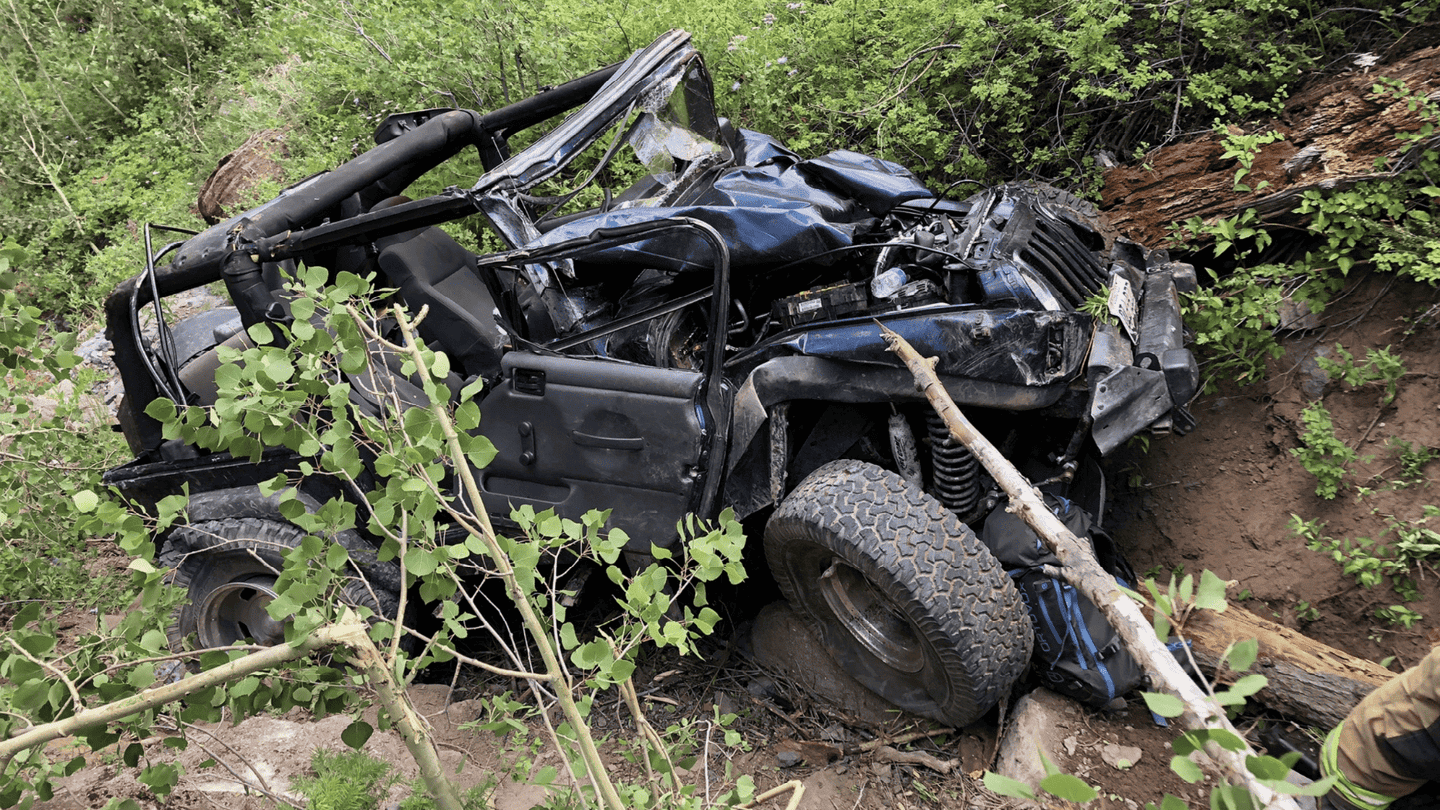 Imogene Pass is a favorite among off-roaders, lying within the San Juan Mountains and connecting the towns of Telluride and Ouray, Colorado. Thousands make their pilgrimage through it, sometimes on their way to Moab, Utah to reach what many consider the holy land of four-wheeling. These trails can often be dangerous with their uneven terrain and steep drop-offs, though, as one elderly couple found on Saturday when their Jeep Wrangler tumbled 450 feet off Imogene, completely crushing it and leaving them waiting to be rescued.

Local news outlet KKTV 11 reports that a team of emergency professionals rushed to the scene with EMS and fire personnel out of Telluride, San Miguel County sheriff's deputies, and the county search and rescue team coming to the couple's aid, as well as other trail-goers. They were able to retrieve the pair of 72-year-olds after the wife, who was critically injured, called 911. It reportedly took five hours in total to reach the Jeep.

The man and woman were sent to Telluride Medical Center for treatment and then flown to Grand Junction for treatment as they both suffered significant injuries.

The accident took place off Tomboy Road near Royer Gulch, east of Telluride.

Accidents do sometimes happen on Imogene Pass, where enthusiasts flock to view the remains of former mining towns that now stand abandoned in the Colorado mountains. The trail is known for its historic value and relative difficulty, although there are hardly any restrictions for entry as long as weather hasn't forced a closure. There are no guardrails throughout Imogene, which climbs to 13,114 feet above sea level, posing the possibility of an accident like this for those who find themselves in a precarious situation.