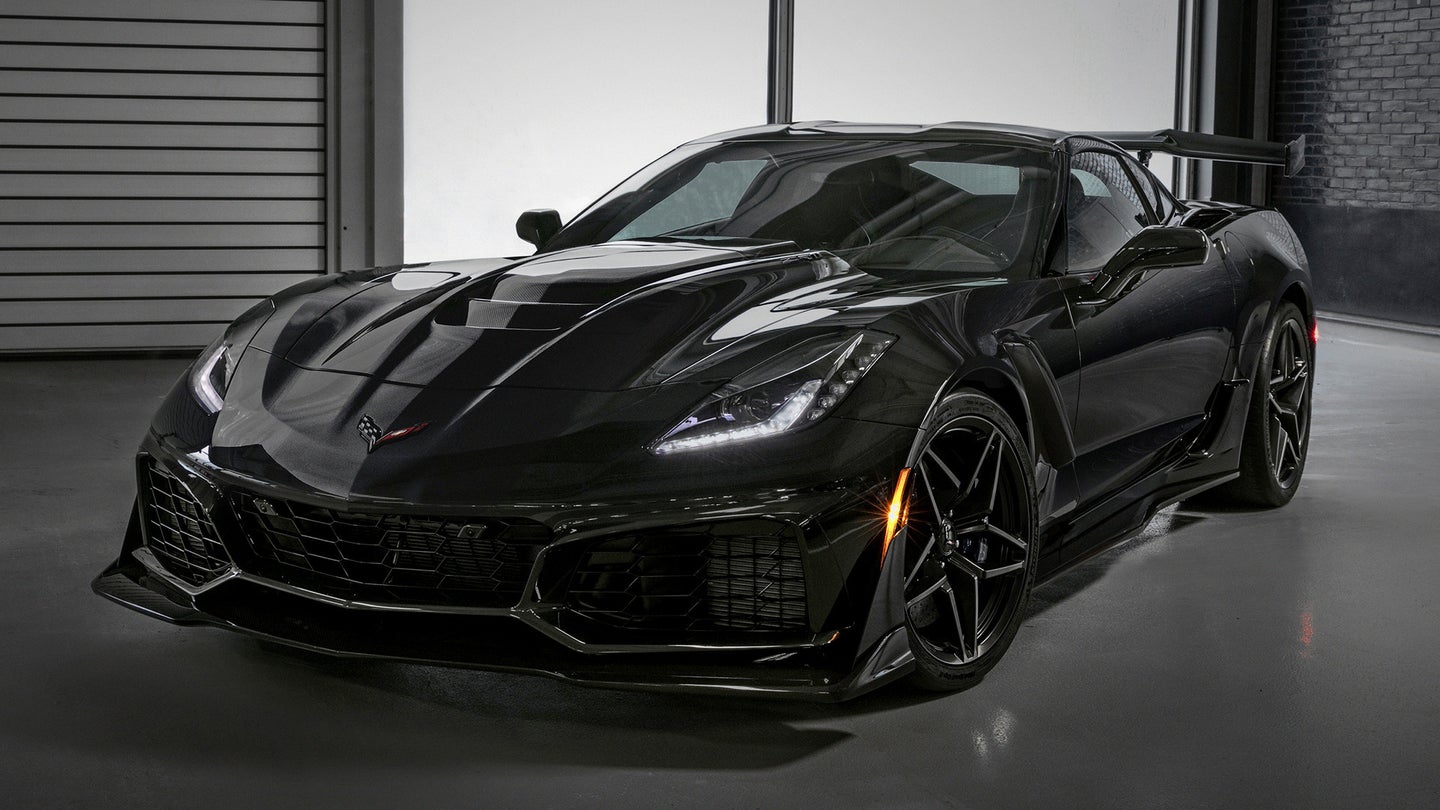 Despite being safer than the death machines of yesteryear, there are still plenty of high-horsepower cars on the market today that have the ability to put you between a rock and a tree hard place if you aren't careful. Power figures nearing closer and closer to the four-figure mark mean that it's easier than ever to hit high speeds without a second thought, which doesn't always work to the driver's advantage. To commemorate these admirable hunks of metal with more focus on performance than sanity, we've compiled a list of six cars that can easily be qualified as too much to handle for the average Joe—all with a Halloween theme.

Although this Brit isn't the most powerful on our list, it may provide the best case of sensory overload. A blown 5.0-liter V8 sits far at the front of the vehicle while the driver is tossed towards the back, just over the rear wheels. The engine's absurdly loud growl initiates the terror while the supercharger's whine keeps everyone on their toes, all the way to that coveted 200-mph mark. Pair that with an intimidating front fascia and wide rear arches, and the Jag finds itself among the meanest kitties on our list.

Not only is the Dodge Charger SRT Hellcat bent on blasting its driver to warp speed, it's also got four doors to scare the Hades out of the entire family. Using Mopar's venerable 6.2L V8 with an angry supercharger in tow, this year's model has its top speed increased from 199 mph to 203 mph. This kind of oomph encourages tomfoolery like little else, and with a name like Hellcat, how could it not be at the tip of your tongue this time of year?

The current generation 911 GT2 RS is blazingly fast around any race track, but don't forget its widow-making heritage that can be traced back to the original Porsche 930 Turbo. The Stuttgart automaker opted to make this variant of its fabled nine-elfer in rear-wheel-drive only, meaning that you've only got that much control over its monstrously potent 3.8L, twin-turbo flat-six engine. Watching professionals handle this thing on the Nordschleife may instill a bit of superficial confidence, but if you hop in thinking you can tame it with ease, you're sure to be humbled—and quick.

The Prancing Horse with turbocharged amidships fury is danger wrapped in an elegant package. Though it may seem like a standard luxury supercar, the Pista takes everything we loved about the 488 GTB and strikes a line through it with new, more impressive figures drawn alongside. It goes like stink and drives like a treat, but be careful not to be tricked by its inviting persona. Don't worry, though, as it's mainly built for those with the equivalent of a federal reserve in their back pocket: the 2019 Ferrari 488 Pista has a base price of $350,050.

For those who thought the old king-of-the-hill Z06 'Vette was looney, Chevy rolled out another two-door supercar killer with 100 more horsepower and wicked styling. The 2019 Corvette ZR1 has been touted as one of the most raucous cars to hit the market this year, and since it's also got racecar-inspired aerodynamics to carry major velocity into the corners, it demands the pilot's undivided attention. Plus, the fact that it comes in Jack-O-Lantern Orange seems fittingly festive.

This one just had to top the charts. It's got more horsepower than any other American-built production car, it goes from 0 to 60 mph as fast as the million dollar exotics, and its quarter-mile time of 9.65 seconds is unmatched by the rest of the world. Even though it's got the lowest top speed on the list, all of its twist from the heavily-supercharged 6.2L V8 is used for acceleration and helps it demolish the drag strip time and time again. You might try, but you won't find a more devilish muscle car than the Challenger SRT Demon.