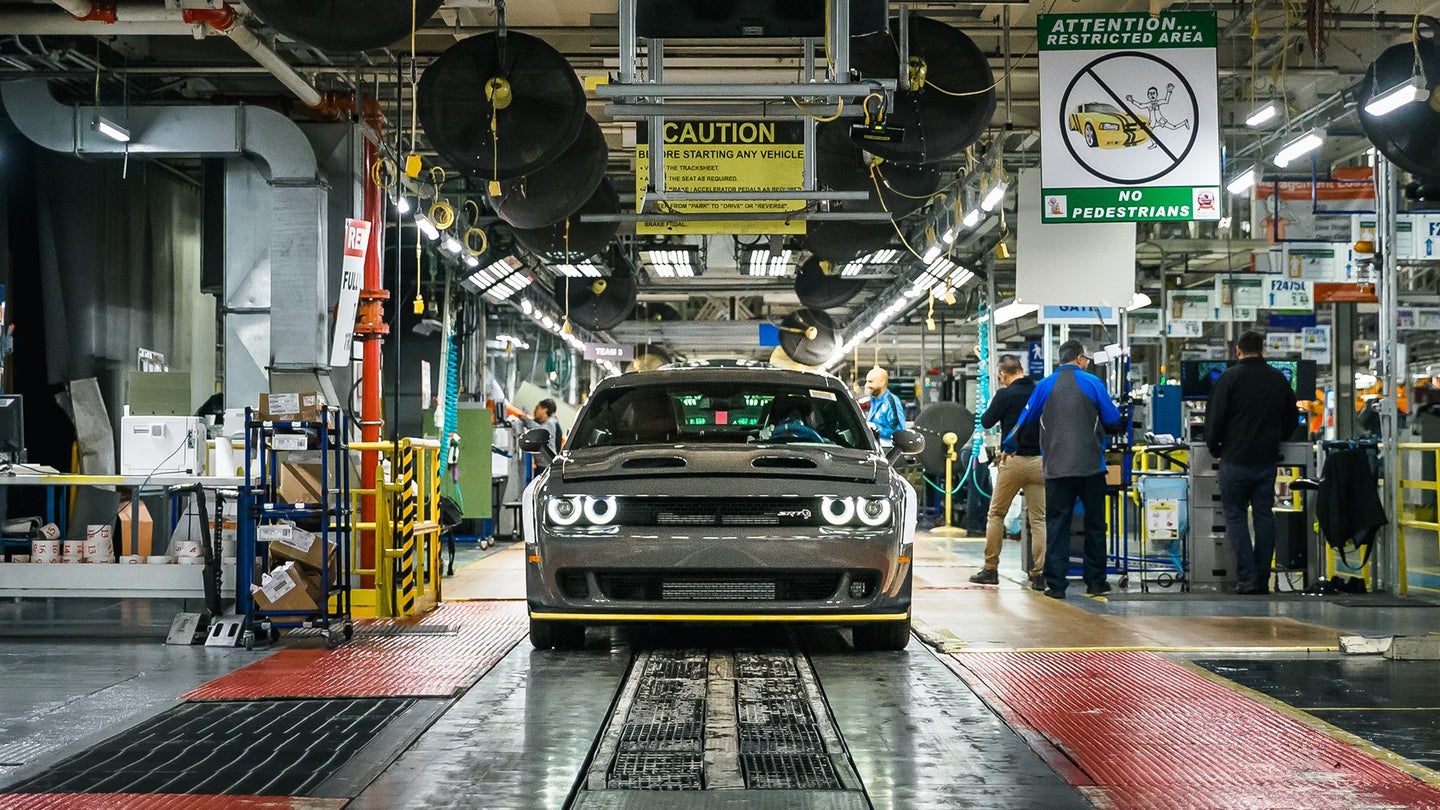 The Redeye is built in the same facility from which the 840-horsepower, 3,300-unit, 2018 model-year-only SRT Demon rolled. Though the Redeye almost snapped the neck of The Drive's Chief Auto Critic Lawrence Ulrich with its 797 horsepower and 707 pound-feet of torque, the Redeye comes in 43 hp short of last year's Demon, despite near-identical engines. Almost all that's missing from the Redeye's 6.2-liter Hemi V8 with a 2.7-liter positive displacement supercharger is the engine mapping for use with 100-and-change-octane gas, which we're certain the aftermarket will figure out...Provided FCA isn't planning to sell its own upgrade kit, that is.

All of the Redeye's grunt means 0-to-60 in 3.4 seconds, a standing quarter mile in 10.8 seconds at 131 miles per hour, and if you're racing on a long enough runway, you can spur the Redeye on to a top speed of 203 mph, the same as a de-limited Demon.

Other features include a hood with fully-functional dual snorkels and altered Hellcat fender badges with a gleaming red eye that reappears on the supercharger housing, key fobs, and instrument panel with a speedometer that goes up to 220 mph. Again, we can imagine the aftermarket making use of that extra room on the speedometer.