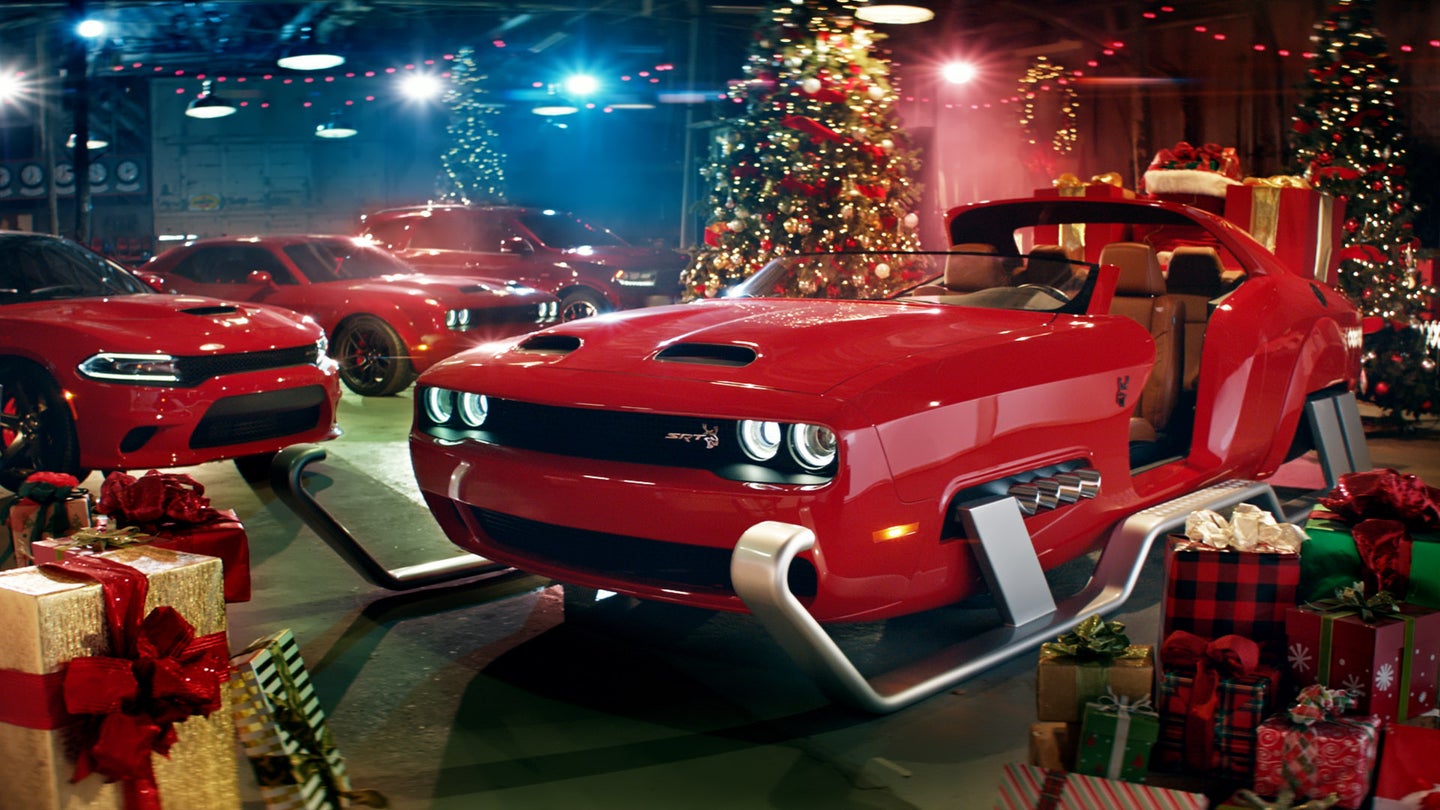 While it might still only be November, automakers are attacking the holiday season head-on. Dodge is preparing for the end of year push with a new series involving Santa Claus and a new sleigh powered by a 797-horsepower Challenger Hellcat Redeye engine.

The video spot, called "Upgrade," features Santa Claus played by professional wrestler Bill Goldberg demanding an upgraded sleigh for this season. His team goes to work to produce the new sleigh powered by the 6.2-liter supercharged Hemi V8 from the Hellcat Redeye, dual exhaust tips, and seven-passenger seating. The National Highway Traffic Safety Administration might not approve, but it looks badass.

The host of "All Girls Garage," Christy Lee plays the role of Mrs. Claus and the song playing in the background is "Santa Claus is Back in Town" from the album "We Wish You a Metal Xmas and a Headbanging New Year."

The commercial is the start of what will be a social media campaign as the holidays approach. Each update will follow along the build process of Santa's sleigh in a format similar to many of the car restoration shows on television.

Also, Dodge will sell merchandise around the program, including a Hellcat Redeye logo t-shirt where the logo has reindeer antlers and eventually the same sweater that Goldberg wore in the commercial.

The Drive reached out to Dodge about the sleigh. It turns out that it is, in fact, a real Dodge Challenger widebody that has been modified for this use. It even has a start button that starts a real engine. When asked if it was driveable, we were told no because it has "runners instead of wheels," but that doesn't make it non-driveable in our book—you just need some, erm, determination.

While it's not even Thanksgiving yet, we have to admit that the spot is pretty cool and on-brand for the SRT performance division. Though, Santa's deliveries on Christmas might not be so secret when children can hear his supercharged sleigh approaching.