The company has hired 800 veterans this year alone, in an attempt to have them grow and advance to leadership positions at Tesla. 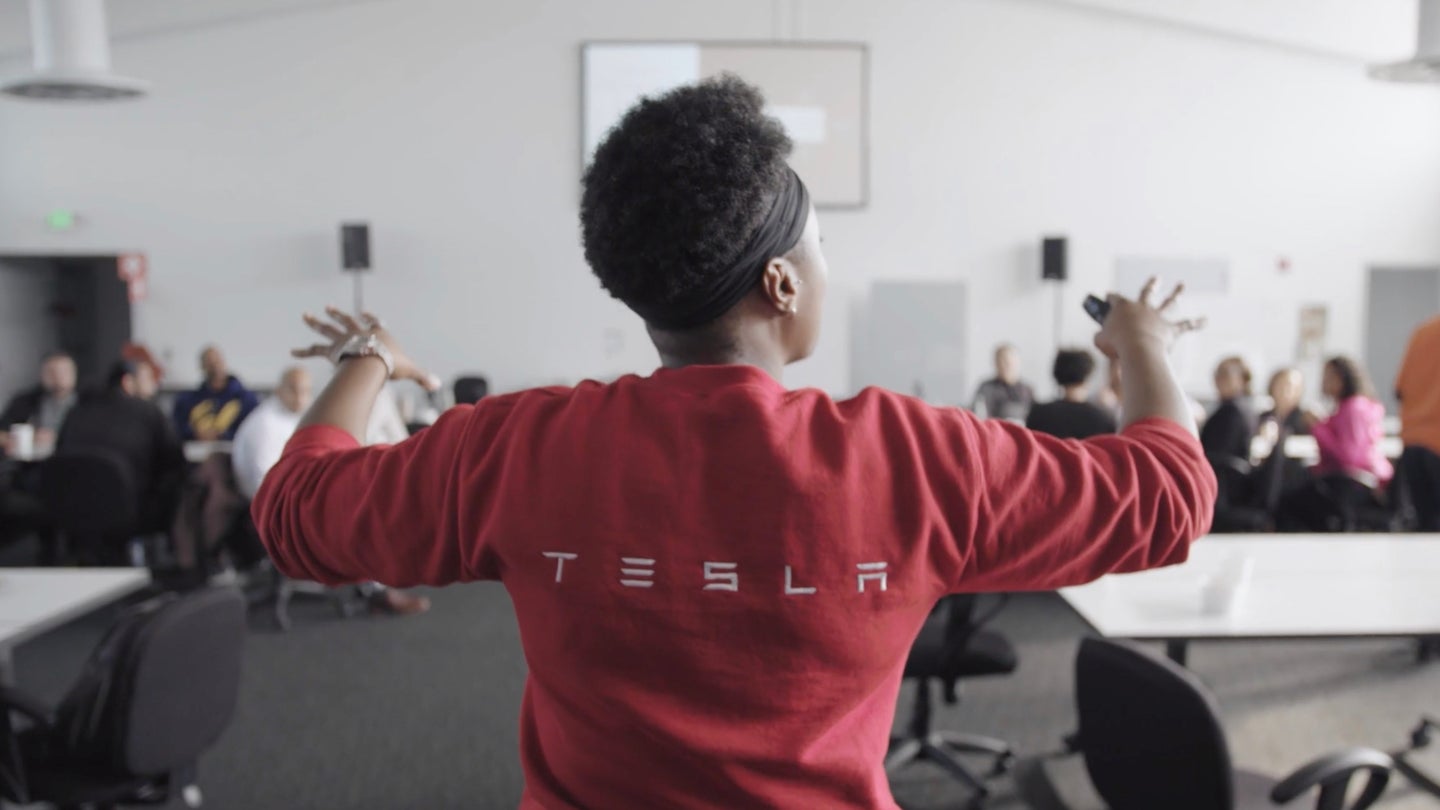 Navy and Marine Corps veteran Kristen Kavanaugh joined Tesla in 2016 and currently serves as the head of leadership development as well as the Veterans Task Force (VTA). In Kavanaugh’s opinion, working in Tesla’s fast-paced environment is “a natural fit” for those who’ve served in the armed forces. During an interview with Bay Area CBS affiliate KPIX 5, Kavanaugh explained that many past soldiers have found their post-military homes at the electric vehicle manufacturer, something which both parties—the workers and Tesla—look to continue.

The VTA, a division born from the automaker’s “Veterans at Tesla” program, aims to help former military personnel excel and advance to leadership positions in the company. The program has persisted to grow since its inception, with 800 veterans hired company-wide this year alone.

Though transitioning from member of the armed forces to worker for an automaker could seem like an odd proposition, Kavanaugh argues the shift to be more organic than you might think.

“Our veterans have deployed,” Kavanaugh told a Bay Area CBS affiliate. “They’ve worked under stressful conditions, they are used to high operational tempo and that’s what we have here at Tesla, and it just seems like a natural fit for what veterans are bringing to the table, and then what Tesla is offering them from a career advancement standpoint.”

Another veteran named Ryan, who worked as a former logistics specialist in the Marine Corps, says that making sure his colleagues at Tesla have all the necessary supplies they need isn’t all that different from his time in the armed forces. On top of that, his sense of duty and belonging seems to be revived entirely by his new position.

“Instead of beans, bullets, and band-aids, we make sure that this plastic or aluminum part gets delivered on time so it can be put into the cars,” he explained to KPIX 5. “Not since I left the Marines have I felt a sense of purpose like I have at Tesla. We’re not just making cars, we’re changing the world and history has its eyes on you.”

Kavanaugh, a lesbian veteran with a wife and son, said the armed forces are currently more diverse than ever before. For her, bringing this sort of transparency and variety into the automaker’s work environment seems directly correlated to her time in the Navy and Marine Corps.

“I served under ‘Don’t ask, don’t tell.’ I am an African American woman, I am the trifecta of diversity and that’s the face of the changing military that you see now,” she said.

As for the automaker itself, Tesla hopes competitors and corporations alike will join the movement and consider the hiring of veterans as important as the automaker does. The company is currently selling veteran t-shirts and special Veterans Edition Model X cars, in celebration of Veterans Day on Monday.

The "Big Three" Detroit automakers—FCA, Ford, and General Motors—also have programs for hiring ex-military and promoting them to leadership positions. In all, they focus on transitioning veterans from soldier to civilian life, much like Tesla, and continue to develop these initiatives going forward.