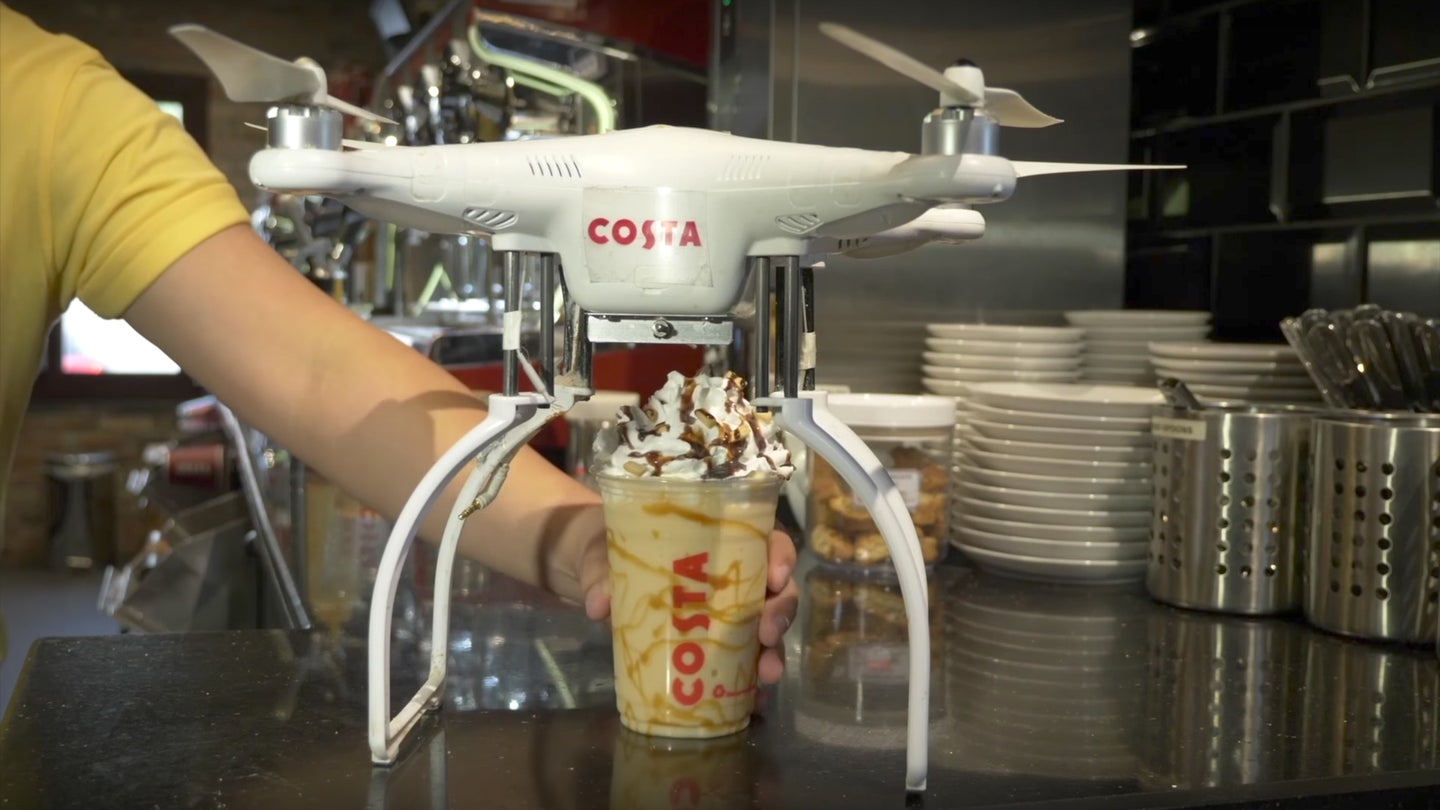 We previously reported on the Volocopter's successful test flight in Dubai, in which the flying taxi safely transported the Crown Prince Sheikh Hamdan bin Mohammed for five full minutes. Well, there was another drone-related test flight taking place in Dubai recently, one which delivered coffees instead of Sheikhs. A local company, Costa coffee used beachgoers on Kite Beach in Dubai to test-fly their coffee-delivering drones to customers.

According to The National, a regional United Arab Emirates publication, 82 percent of potential customers said they'd welcome a drone delivering them their food and beverages, as opposed to a friendly face handing them their lattés. Costa used what they're calling a "Drone Drop" service on the Dubai beach, to which local coffees were sent via drone from a nearby Costa coffee location. The baristas prep your drink, load it onto a UAV, and send it along to the drop-spot. We've seen someting like this before, with the WeinerDrone earlier this summer, or more similarly, the beverage delivery drone on an Estonian beach.

Reportedly, this process took a mere 15 minutes, from the placing of an order to successful delivery. Here's what that looked like, courtesy of Costa coffee!

"Dubai is known for leading the way with innovative technology and drones are the next frontier for instant delivery," Shemaine Jones, Head of marketing at Costa Coffee UAE, told The National. Our customers told us they’d love to have their favourite drinks dropped off by drones, so we’re super-excited to have successfully tested this service, enabling beach-goers to enjoy ice-cold beverages without leaving the comfort of their sun loungers."

Obviously, this is a fun and impressive marketing stunt, with which the coffee company probably does increase delivery cost efficiency. However, this seems to have been a one-day event—for now. Companies are increasingly using drones to deliver their products directly into customers' hands, and Dubai is becoming a popular place for businesses to test that out. Stay tuned, as we await the next inevitable delivery-drone story coming out of the UAE.