When a beat-up old truck with a pop-up tent simply isn’t enough. 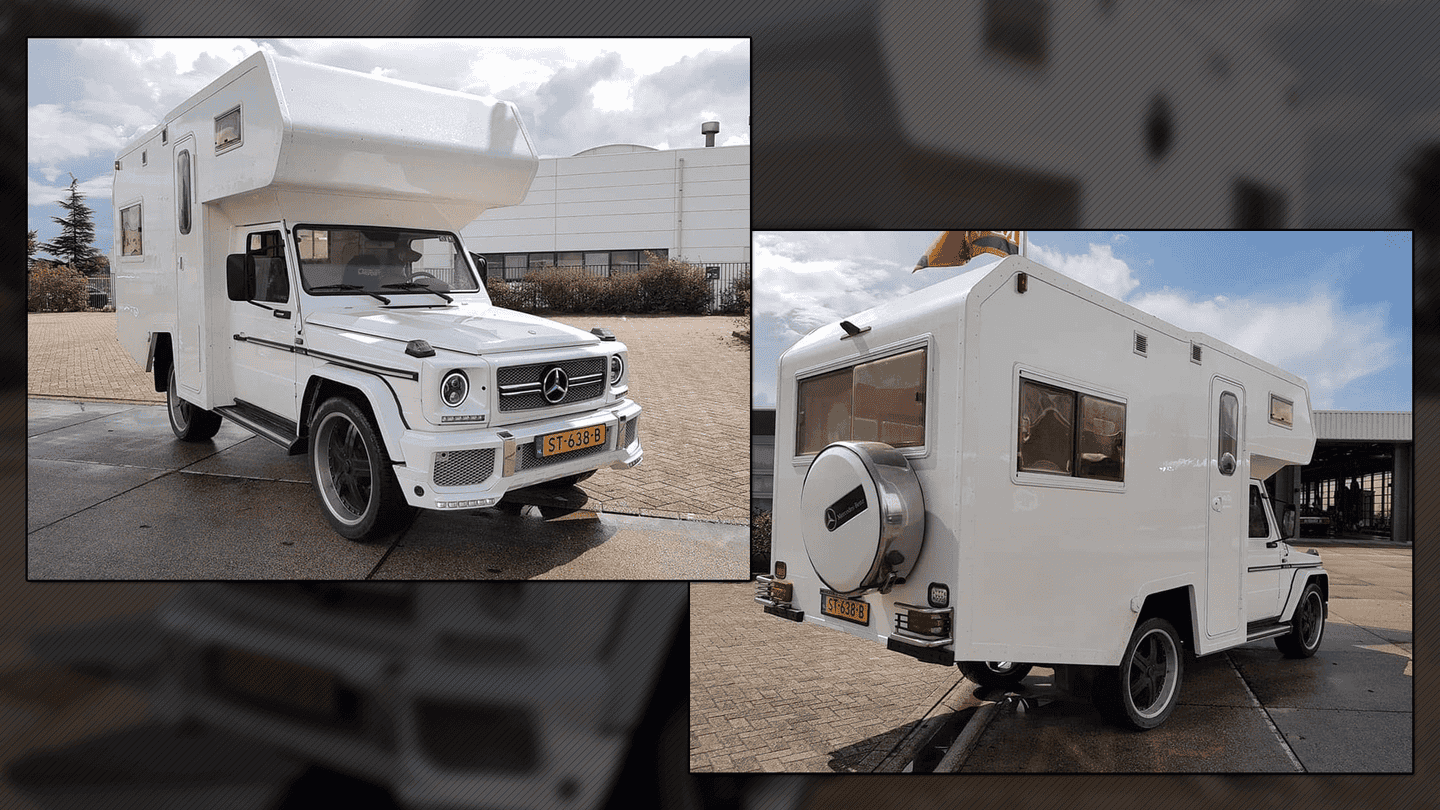 The Mercedes-Benz G-Wagen is deservedly known as one of the most capable off-roaders available from the factory. Its military roots have earned it a top-tier reputation for when the going gets rough and, now, it's just as luxurious as it is adept at traversing through gravel, sand, and mud. This, then, makes it the perfect platform for an opulent overlanding rig, correct? Maybe, but probably not in the way this G-Class RV has been made over.

While it's kitted out to mimic an AMG-tuned G63, it looks to actually be based on a tamer model—perhaps a G550. While that means it doesn't pack 577 twin-turbocharged horsepower, it's still as comfortable as ever. This, though, is where the good seems to stop.

From the front seats forward, this Geländewagen is mostly normal. However, just behind that, it's been chopped to accommodate a custom-fabbed camper that looks as out of place as a mullet-wearing Skynyrd fan at the opera (no hairdo shaming here—it's just an example). Even though it's been painted white—but not the same shade—and is equally as boxy as the G-Class it's mounted to, the proportions are way off. It's hard to imagine this thing making it down any sort of trail without tipping over, or being too tall.

Oh, and what are those wheels?

The original Instagram post sharing the G-Wagen RV doesn't show any pictures of the inside and sadly, we're left without many details. All we know is it appears to reside in The Netherlands, where the use of certain recreational substances could've resulted in the construction of this catastrophe.

Still yet, if this is your jam, more power to you. We'll stick to converting tried-and-true American pickups, like the Founding Fathers intended.