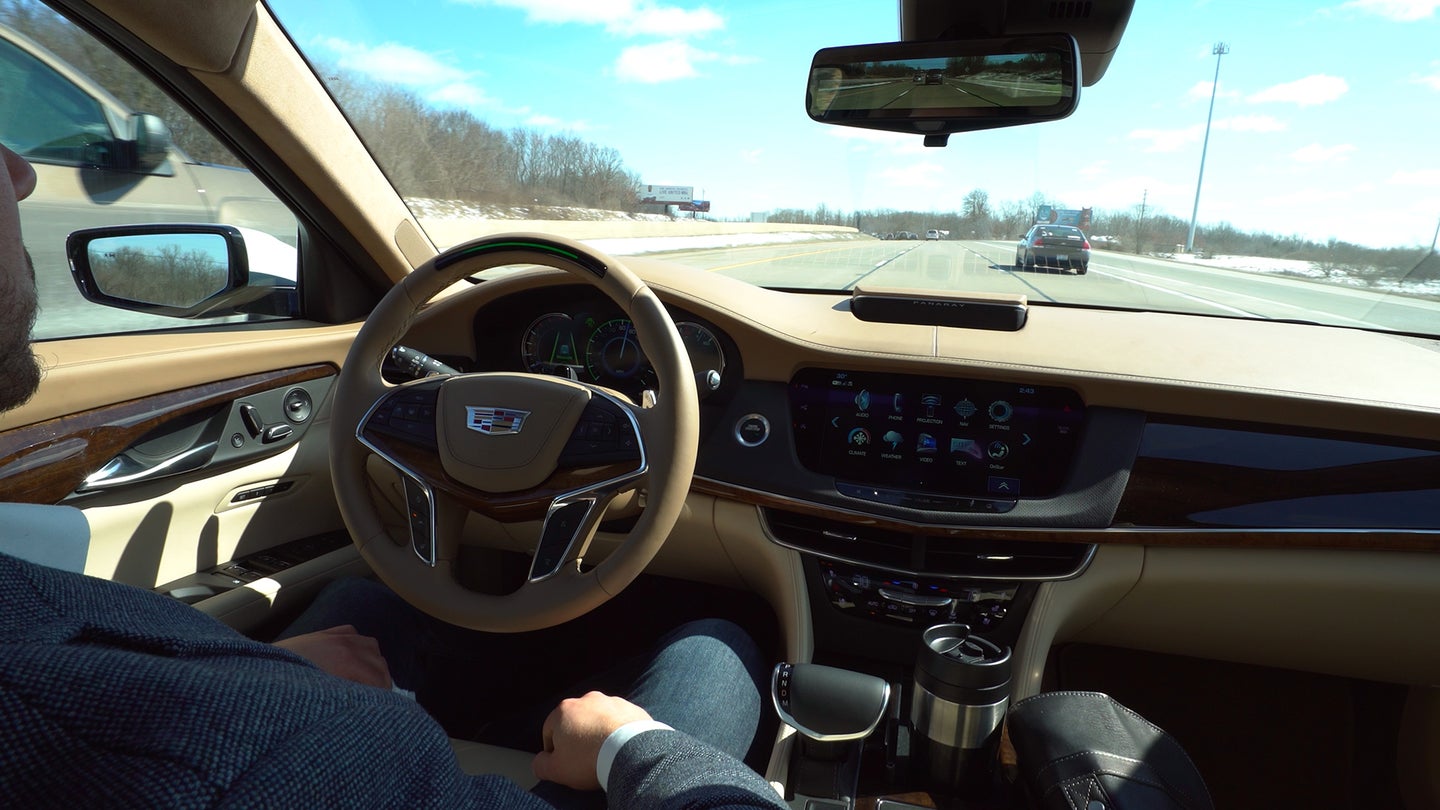 Cadillac will roll out it's semi-autonomous driving system in 2018. The system, originally set to debut in 2016, was delayed right around the time of the first fatal crash involving Tesla's Autopilot. With all the bugs presumably worked out, you'll be able to get what Cadillac says is "the industry’s first true hands-free driving technology for the highway" on the 2018 CT6.

After its shot across the bow to Autopilot, Cadillac goes on to say that, "Unlike other driver assistance systems, Super Cruise™ utilizes two advanced technology systems—a driver attention system and precision LiDAR map data—to ensure safe and confident vehicle operation." Cadillac is trying to frame their system as being in a class ahead of Tesla's, currently considered the best on the market. But is it?

On paper, the difference is where and how each system will work. You can engage Tesla's Auotpilot anywhere, though it will be less effective in city driving, with traffic and stop lights. Cadillac's Super Cruise, on the other hand, will only engage on divided, limited access highways without stop lights, cross traffic, or pedestrians. To achieve this, Cadillac has been very busy using LiDAR, according to the brand's media site:

The precision LiDAR map was developed specifically for Super Cruise™. Engineers mapped every mile of limited-access highway in the U.S. and Canada, providing detailed information to the car about the road ahead.  This pairs with improved accuracy GPS, measuring real-time location in a fashion four to eight times more precise than traditional GPS.

Level 3 autonomous systems are to be designed to work in limited, known environments—a LiDAR-mapped highway, for example. Where Super Cruise falls short of being a Level 3 system is in terms of how engaged the driver has to be; the driver is still required to monitor the driving environment, which makes it a level 2.

The system will monitor the driver to make sure they haven't diverted their attention from the road for too long. It's does this with infrared lights that track the driver's head position, and which direction they are facing. If they have been digging around the floor for several minutes, looking for that last french fry, the car will warn them to start paying attention to the road again. If the escalating warnings are ignored, the car will eventually pull itself over.

With Level 3 autonomy, the system would monitor the driving environment, only warning you to intervene when necessary. The driver would not be required to pay attention to the road as often. Cadillac might suggest the piloting ability of Super Cruise is close to Level 3, but as far as real-world functionality, it's still a Level 2. In that way, it's like Autopilot.

It seems to be a very snazzy system, and possibly a leap towards full autonomy. With all their mapping, Cadillac have laid the groundwork to make the jump to Level 3 very quickly, when the time is right. It may not be that far away.