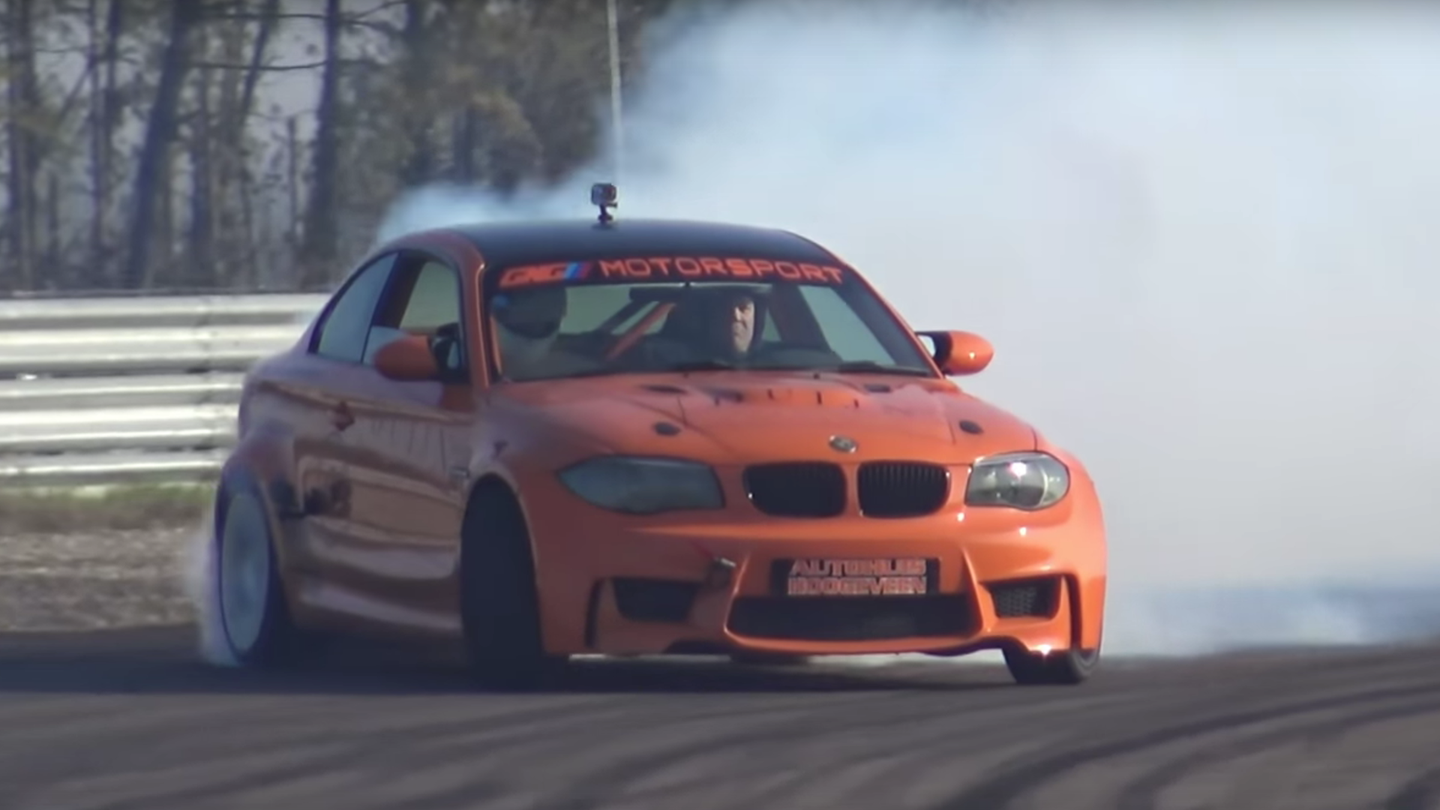 To many, the 335-horsepower BMW 1 Series M was nothing short of a masterpiece—which is probably in part why their resale values are mind-blowingly impressive. But apparently, some drift-loving person needed a bit more power and displacement to get their blood flowing while on-track in the German coupe, judging by the following clip.

A video uploaded to the "NM2255 Car HD Videos" YouTube channel Tuesday shows a 1 Series with a V-10 engine, pulled out of an E60 M5 and making about 550 hp, going at it completely sideways around a race track. If you're going to build a drift car, this is a pretty damn good way to do it.

The video consists of about four and a half minutes of solid drifting—drift into transition into drift, it doesn't really get old. And damn, does that S85 V-10 sound good.

According to the description on a previous video that featured the same 1er, this car has a race roll cage, a stripped interior, an upgraded suspension, a carbon fiber hood, and a straight-piped exhaust. So, no, these guys didn't just plop an S85 engine into a stock 1 Series M—this thing is a purpose-built drifter.

Speaking of that previous video...you probably want to watch it yourself, don't you? That clip was uploaded to the "statesidesupercars" YouTube channel back on September 1—it shows the same car doing its sideways thing at Nürburgring Drift Cup. As you'll see in that clip, not much has changed in the four month period between when those two videos were uploaded. The car's still awesome.