Ford's most powerful Mustang ever, the 2020 Shelby GT500, looks to be a world-beater of all sorts on paper. A mountainous 700 horsepower produced by a new, supercharged 5.2-liter V8 will supposedly rocket the muscle machine down the quarter-mile strip in under 11 seconds. On top of that, it'll have a trick seven-speed dual-clutch automatic perfect for getting the power down when you're hustling Hellcats and Camaro ZL1 drivers from a roll.

You'd better hope that run doesn't exceed 180 miles per hour, though, because Ford's placed an all-powerful speed limiter on the brutish 'Stang.

Hurrying the elephants out of the room: the Dodge Challenger Hellcat has a claimed top speed of 199 mph while the Camaro ZL1 nearly matches it at 198 mph. Not that this is all that relevant seeing as most will simply prowl city streets or the drag strip where you could never top out in the first place.

Car and Driver was the first outlet to report the news and, upon being reached for comment by The Drive, Ford confirmed the 180 mph figure. A company spokesperson explained to us via email that "top speed is only one metric, and our Ford Performance engineers and professional drivers have found the sweet spot to make the all-new Shelby GT500 as fast as possible at both road courses and the drag strip."

The Shelby does supposedly have the chops for twists and turns given its racecar-borrowed aerodynamics. When equipped with Ford's Exposed Carbon Fiber Track package, the GT500 makes 461 pounds of downforce at speed—not too shabby for a car that was originally designed with straight-line performance as top priority. Pair that with the ultra-quick gearbox and carbon fiber components throughout and you've got yourself a thoroughbred track horse.

With that made clear, you'll still be getting a car that reaches 60 mph from a standstill in a hair over three seconds. It's undeniably quick and, almost certainly, the aftermarket will find a way to remove that limiter so you can reach full glory wherever there's enough room. Just make sure you've got the driver mod installed when pursuing high triple-digit speeds. 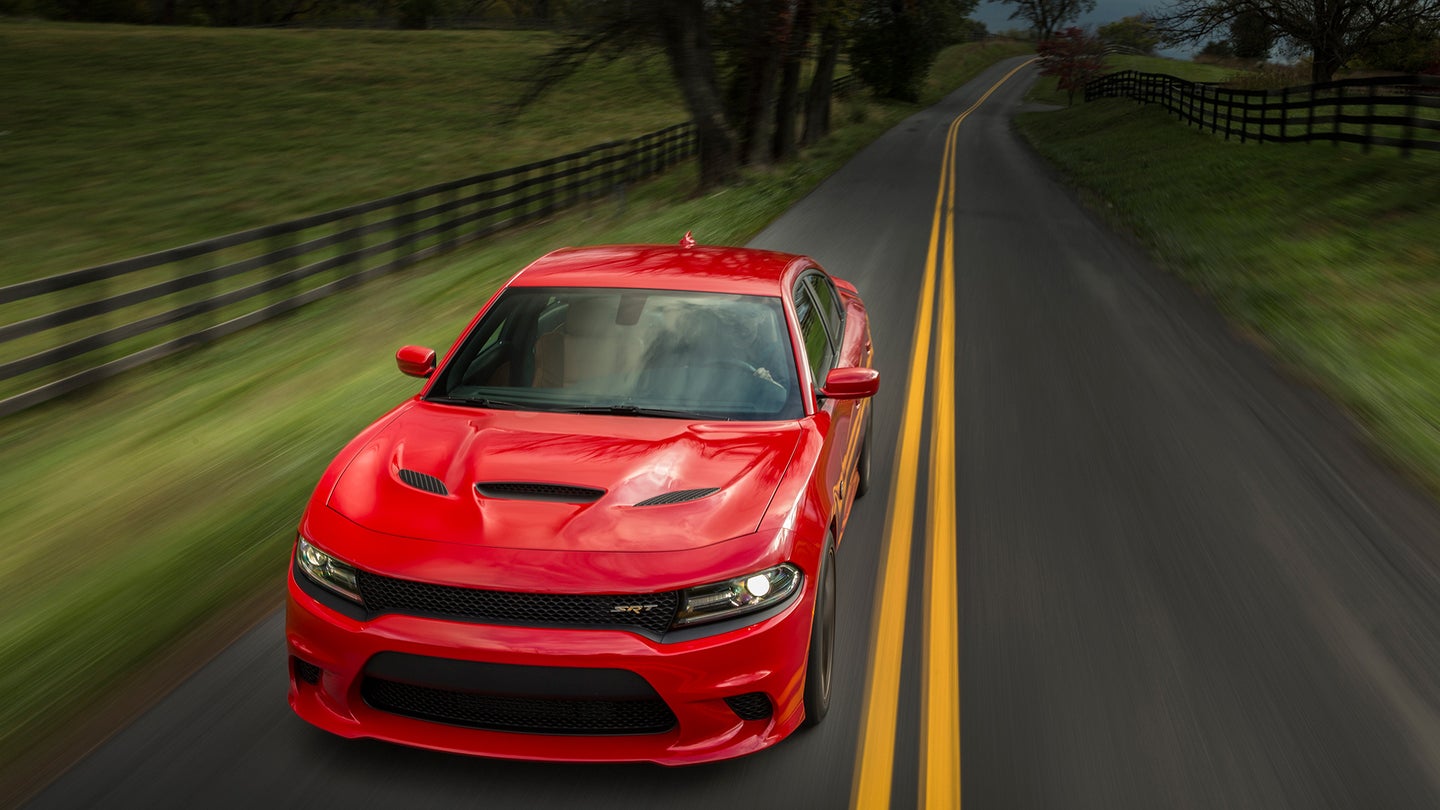 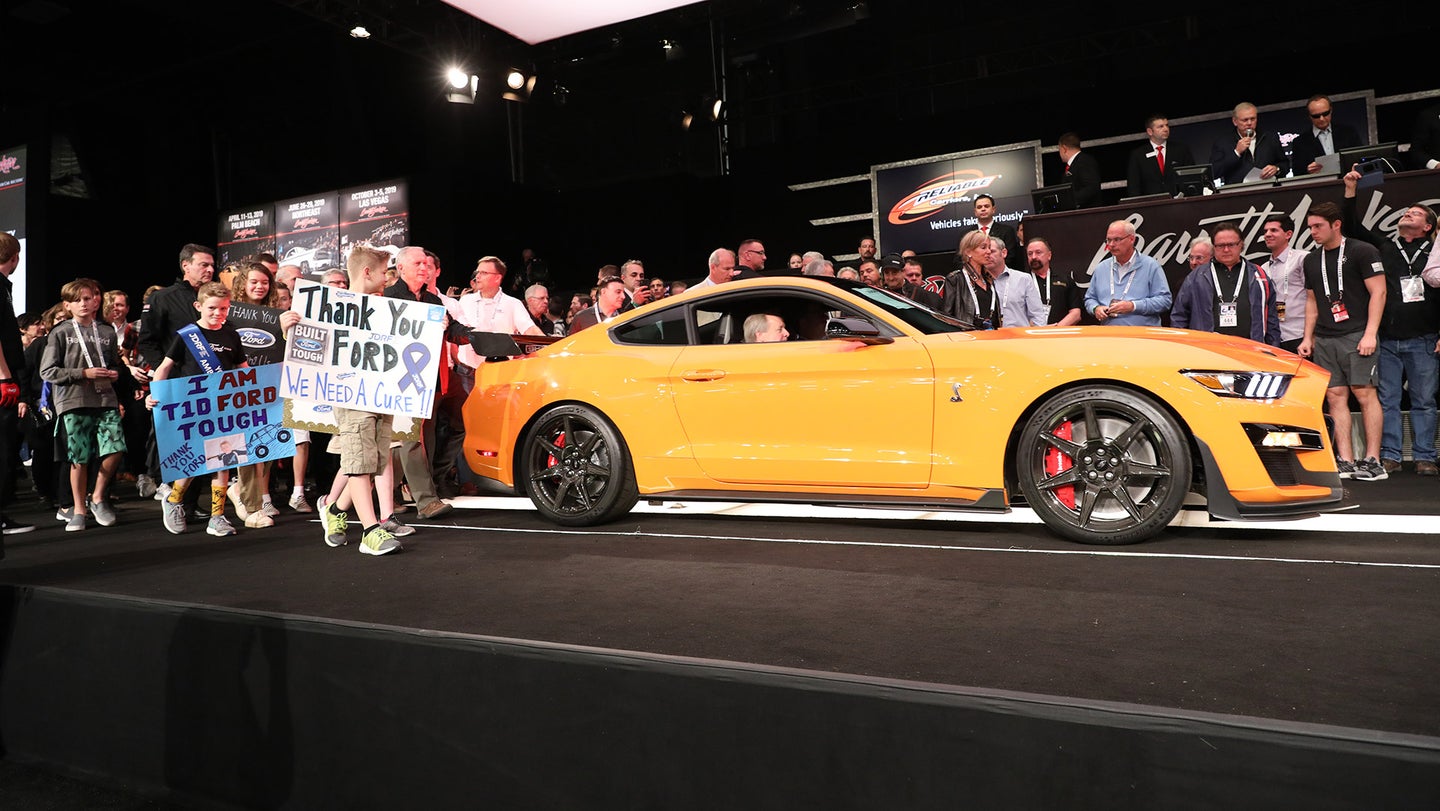 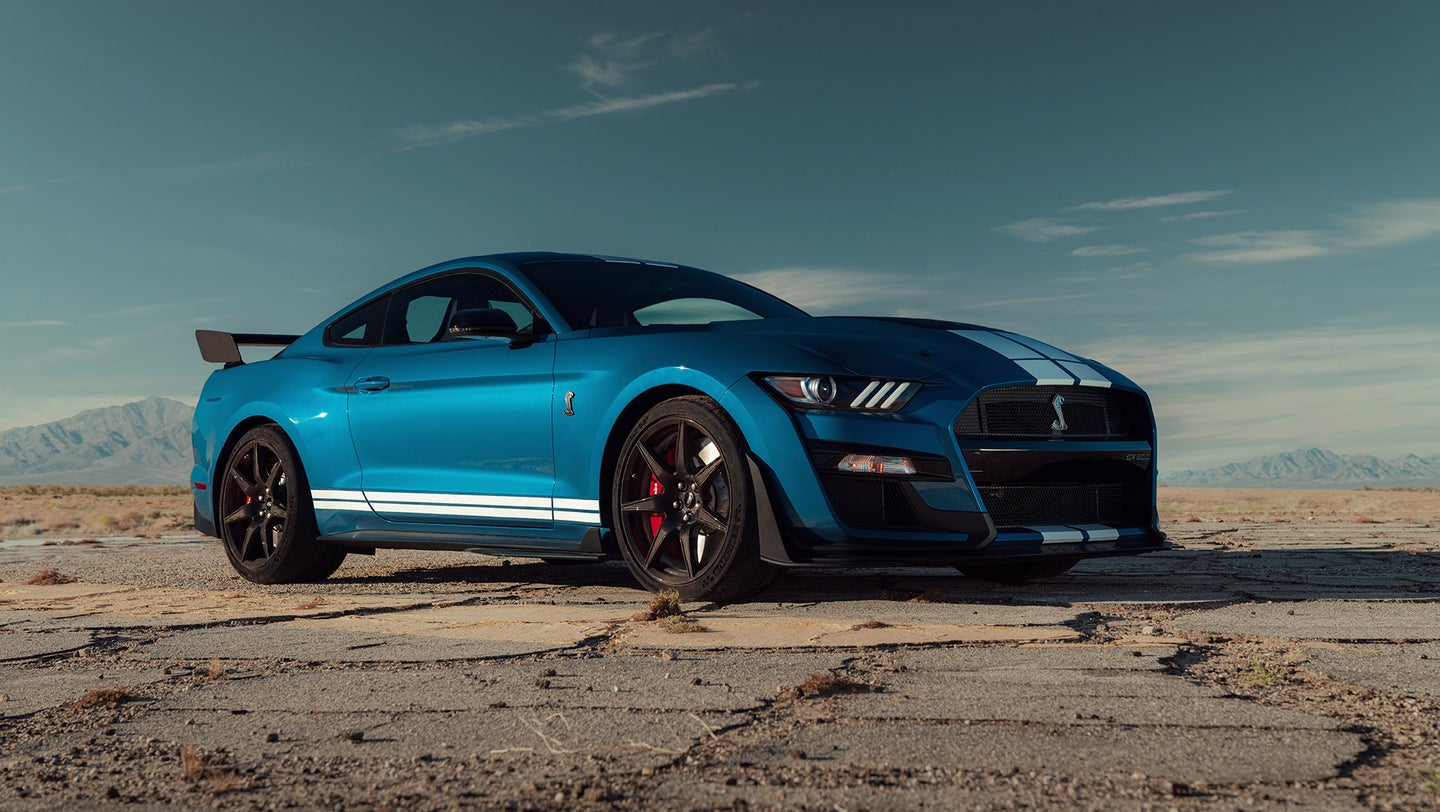 Hide yo kids, hide yo wife, because the most powerful Mustang ever created is finally here.