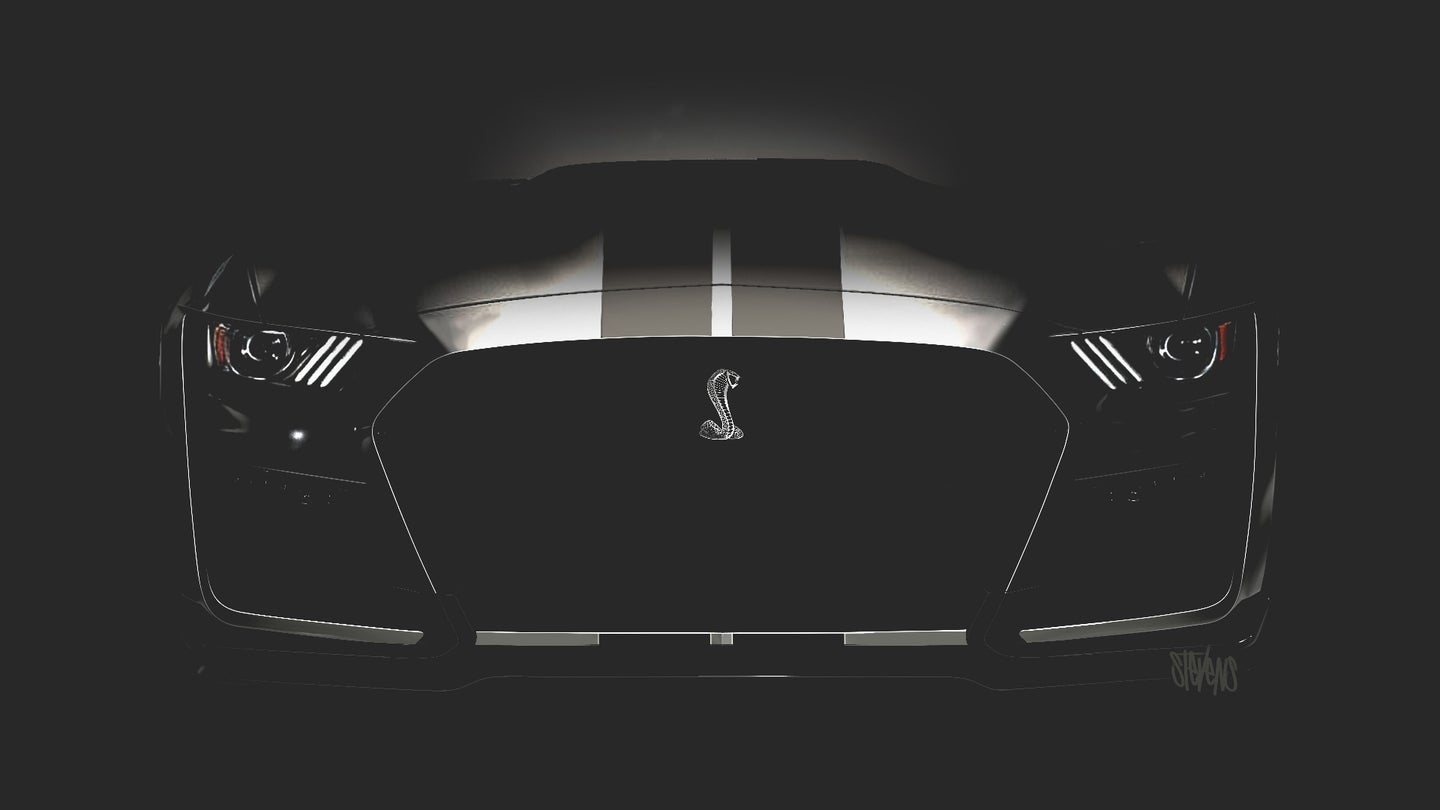 We’ve seen a few official teasers and one very unofficial leaked image of the upcoming 2020 Ford Mustang Shelby GT500 and we’re looking forward to the official unveiling at January's Detroit Auto Show. Shortly after this beast is unveiled, the very first production model off the assembly line will be auctioned for charity at Barrett-Jackson Scottsdale, generating a mighty high dollar figure for the Juvenile Diabetes Research Foundation..

Ford has confirmed that the upcoming Shelby will be powered by a supercharged 5.2-liter V8 which makes more than 700 horsepower. If rumors and leaks are to be believed, the actual numbers are 720 hp and 650 pound-feet of torque, which would make it competitive with the Dodge Hellcat brothers and the Chevrolet Camaro ZL1.

We’ve heard mixed rumors about what transmission will be responsible for sending all of this power to the rear wheels, but we’re pretty sure a carbon fiber driveline is in the cards. Top speed is rumored at 190 miles per hour and it will allegedly have a curb weight of 4,225 pounds, giving it a power-to-weight ratio of 5.87 pounds per hp.

As for the actual car being auctioned off, it won’t even be built yet when the sale takes place. The winner gets to choose the options and color they’d like and the car will be built to order based on what the buyer desires.

This work for charity further solidifies Ford's relationship with the Juvenile Diabetes Research Foundation, an organization that the automaker has been working with for more than three decades. Over the past 35 years, Ford has donated $60 million to the JDRF.

Aaron Shelby and Edsel Ford II, the former being the grandson of Carroll Shelby and the latter Henry Ford's great-grandson, will be present at the auction of this important car with both of their families’ names on it. It’s being auctioned with no reserve and there’s no estimate on how much it will go for. Considering the MSRP of this car is another big secret, it’s very hard to say what the hammer price of the first GT500 might be, but we have a feeling it won’t be cheap.