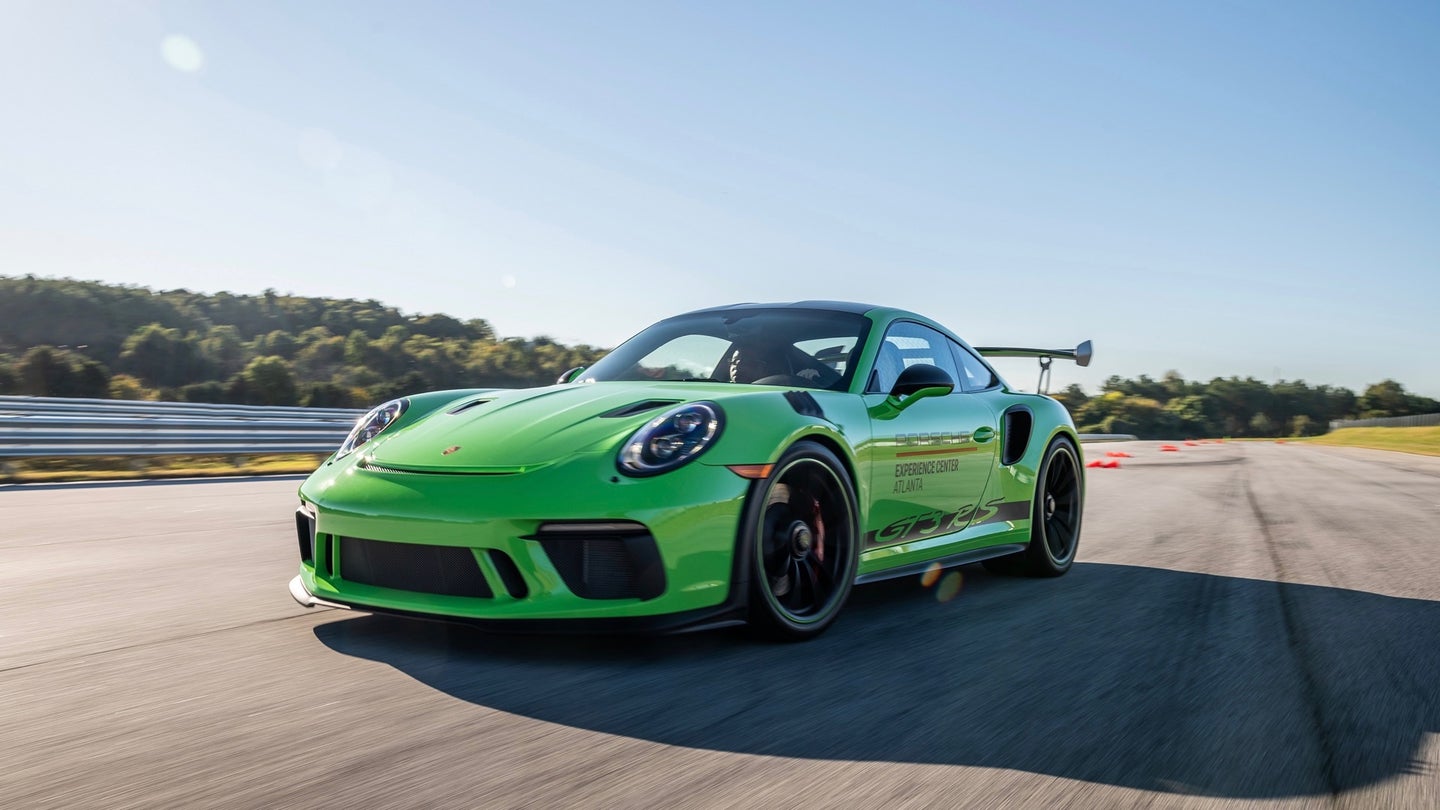 Porsche is preparing to launch the Taycan electric car, and it already has plug-in hybrids in its lineup, but the German automaker is looking to address emissions from its other vehicles. Porsche's North American arm is launching a carbon-offset program, which involves investing in environmentally friendly projects to offset (hence the name) carbon emissions. The program, called Porsche Impact, will start with company-owned vehicles but will eventually expand to customer cars.

Porsche is starting with cars at its U.S. Experience Centers in Atlanta and Los Angeles, as well as the fleet for its Porsche Passport monthly subscription service and Porsche Drive short-term rental program. Altogether, Porsche expects the carbon-offset program to cover emissions from 425 cars and 3.5 million miles of driving per year.

How will it do that? Porsche is contracting with Swiss firm South Pole to calculate vehicle emissions and find ways to offset them. This will involve investing in projects that reduce carbon emissions, or help the environment in other ways. Porsche did not specify what projects it would back to offset emissions from company-owned cars, but when the program is opened up to U.S. customers later this year, they will have a choice of projects focusing on forest protection in the U.S., hydropower in Vietnam, solar energy in Mexico, and species diversity in Zimbabwe.

A customer driving a 2019 Cayenne S for 10,000 miles a year will pay between $67 and $152 annually to offset the SUV's emissions, depending on the project they choose to back, according to Porsche.

Carbon offset is becoming a popular tool for companies to quickly reduce emissions without disrupting current business practices. Porsche parent Volkswagen has said it will invest in reforestation and other similar projects to counteract emissions from cars and the factories that make them.

Ride-hailing company Lyft is a long way off from eliminating gasoline and diesel cars from its ride-hailing fleet, but just over a year ago it declared that all rides were "carbon neutral" thanks to carbon-offset investments.