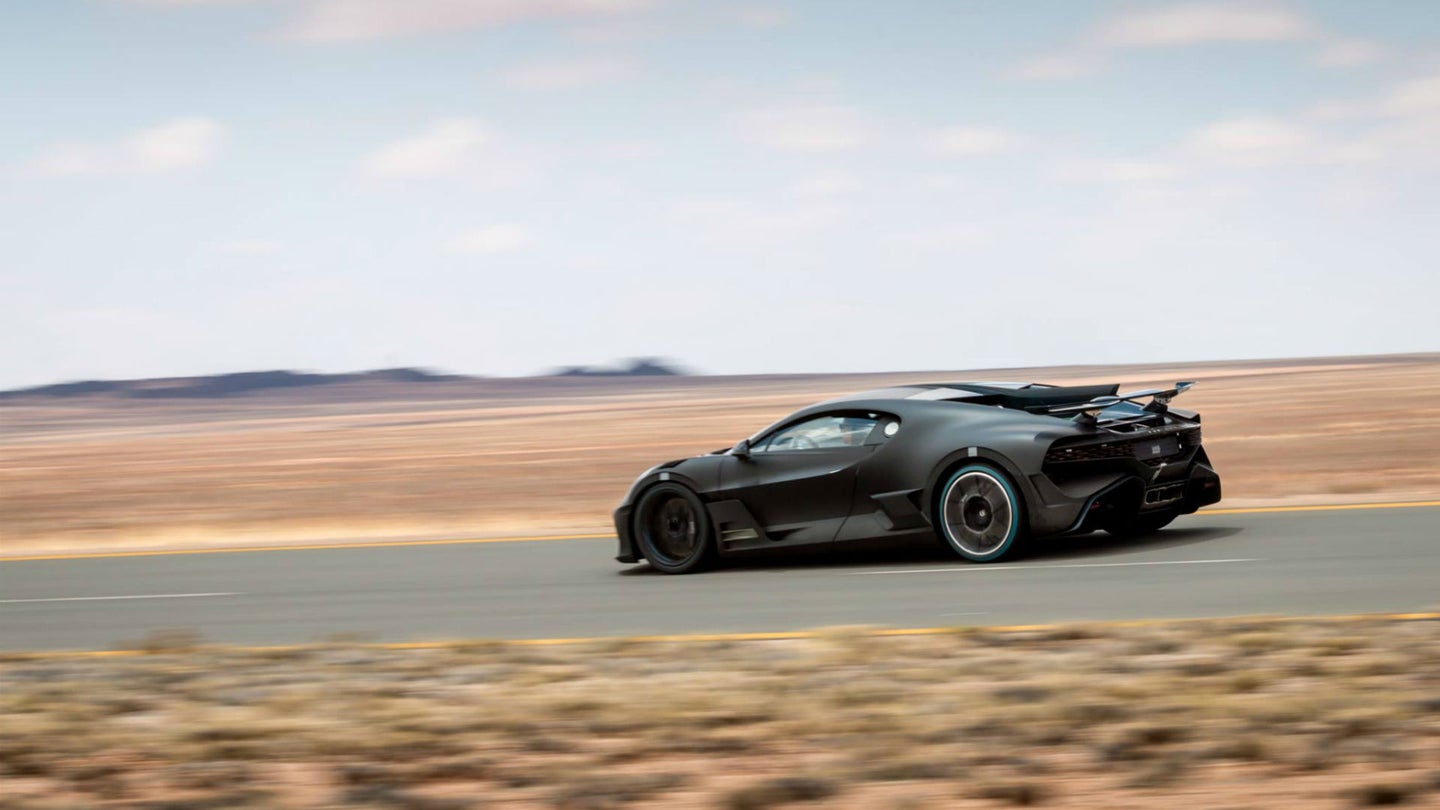 Aside from its world debut at the 2018 Pebble Beach Concours d'Elegance, the extremely exclusive Bugatti Divo hypercar hasn't seen much screentime. A few photos here and there from press releases or social media have given us a glimpse at the Chiron-based machine, though it remains elusive and will likely continue to be given that Bugatti's only building 40 of them—all of which are already spoken for.

The French manufacturer did, however, drop a handful of photos from a recent round of hot weather testing where the Divo is dressed in menacing all-black and can be seen speeding down desert roads.

The Divo is powered by the same 8.0-liter, quad-turbocharged W-16 engine as the Chiron it's based on, making 1,479 horsepower and 1,180 pound-feet of torque that's sent to all four wheels. While it may not be any more powerful than the Chiron, it does shed 77 pounds in comparison and touts a handful of aerodynamic improvements that help it perform better on-track. Some of these tweaks can be seen in the photos below, such as the car's sides that are designed to funnel air to the rear wing as well as the brake ducts for cooling.

Bugatti claims to have previously run the Divo at speeds of up to 155 miles per hour in high temps, hovering around the 104 degrees Fahrenheit mark.

Regardless of the specs—1,005 pounds of downforce, 1.6 G of lateral acceleration, and a $5.8 million price tag—all we can do is ogle at the limited-edition brute. Consider yourself lucky if you see a Divo at your local Cars and Coffee because, even when compared to the Koenigseggs and McLarens of the world, it's the rarest of the bunch. That being said, it isn't even the most expensive Chiron-based car that Bugatti's made; that title belongs to the $12.5 million La Voiture Noire that was built specifically for the brand's most loyal (and seemingly affluent) customer.

I guess we'll just have to settle for regular ol' Chirons instead.