The super-rare coupe will presumably make its owner very happy, but that person probably isn't you. 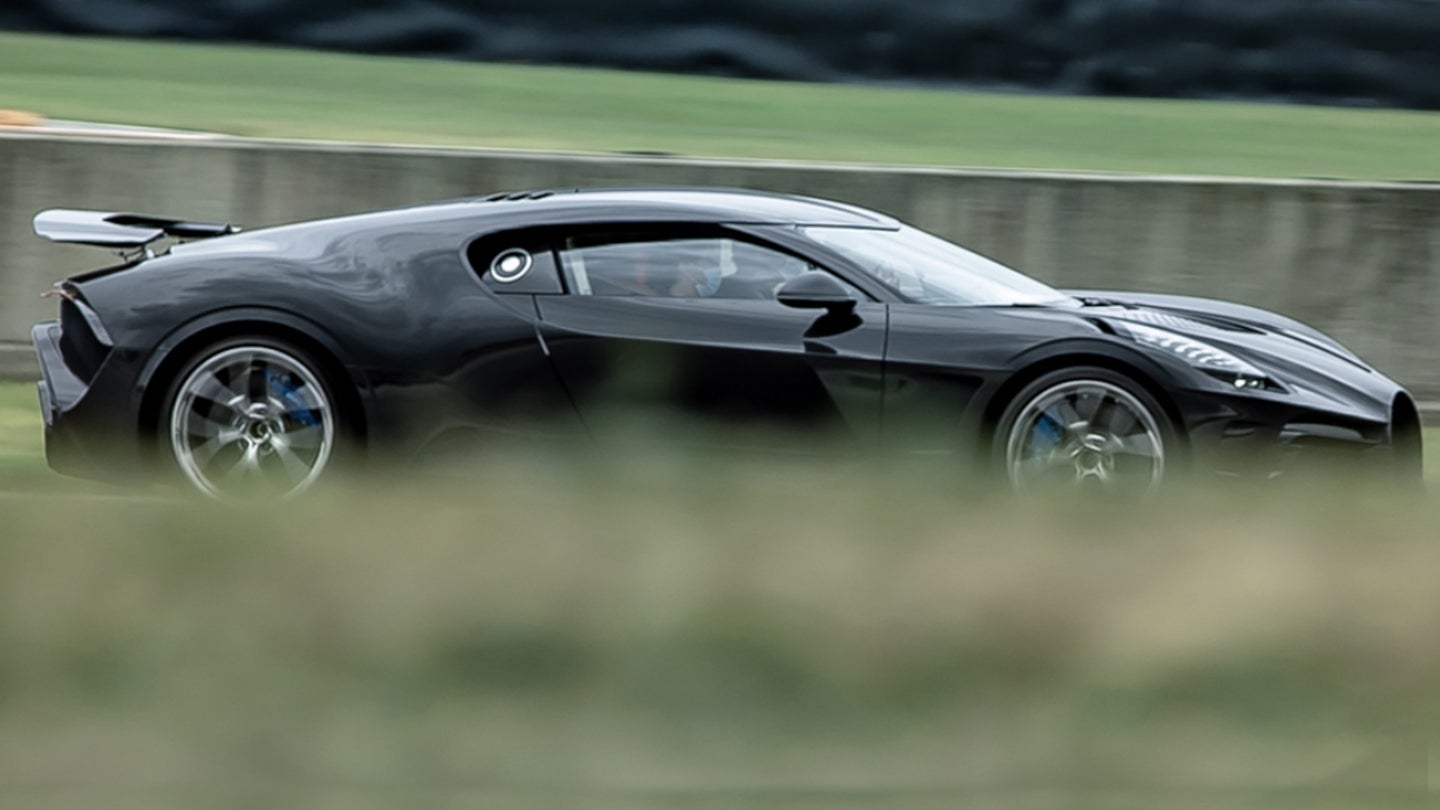 The Bugatti La Voiture Noire—French for The Black Car—is the latest hyper-exclusive vehicle to come out of the elite manufacturer’s stable. The one-of-one couple has recently been testing out on track as per new photos released by the French manufacturer, via Motor1.

The La Voiture Noire intends to be a grand-touring twist on the Bugatti Chiron on which it is based. While it sports the same 8.0 liter, 16 cylinder quad-turbo engine as its progenitor, the dual-clutch gearbox, all-wheel-drive system and suspension will all be tuned for a more relaxed ride rather than outright performance. Of course, with the same 1500 horsepower on tap, don’t expect it to dawdle off the line.

It’s a hypercar intended to pay homage to Bugatti’s Type 57 SC Atlantic of the 1930s. Only four examples of the Atlantic were built in total, with the second production model, famously known as La Voiture Noire for its black paint, going missing sometime after 1938 in the tumult of World War II. With 197 horsepower on tap from a 3.3 liter inline six, it was a standout performer of its time.

The new car is intended as a tribute, though the mid-engined layout means the styling throwbacks are limited to light touches rather than a more direct facsimile of the earlier front-engined coupe. Most notably, there's the extended front nose similar to the Bugatti Divo, as well as the aforementioned all-black paint and trim. There's also six exhaust pipes, a nod to the five exhausts of the Atlantic, according to Bugatti design director Achim Anscheidt, who stated "They clearly show this isn’t an electric car." Okay then.

The French manufacturer claims that a full 65,000 engineering hours went in to the development of the hypercar, a huge number for a one-off build, particularly given that it’s based on the existing Chiron. If we make some back-of-the-envelope calculations, and assume the development cost roughly $100 an hour in labor, equipment, and facilities, that’s a full $6.5 million spent on development. No matter though, because the car sold for somewhere in the realm of $12.5 million USD, for what was presumably a very healthy profit margin.

As per EU requirements, Bugatti have also published fuel economy figures for the powerful coupe. Expect to use 22.32 liters of high-octane fuel per hundred kilometers of combined cycle driving, or a full 43.33 liters if you're stuck in low-speed traffic in your La Voiture Noire. That's 10.5 mpg and 5.43 mpg respectively, if you, the sole owner of the La Voiture Noire, happen to be reading this. You're welcome.

The vehicle is expected to be launched in full in coming weeks, and we look forward to more photos and videos dropping in due time. After all, it's unlikely we'll ever see the single La Voiture Noire in person. Bugatti have been busy of late, racing fighter jets and racking up serious miles on their development mules. We can't wait to see what they come up with next.