Porsche's Counterfeit Watchdogs Reclaimed $67M Worth of Fake Goods in 2018

From office memorabilia to phony car parts passed off as genuine Porsche products, the list of unlicensed replicas goes on forever. 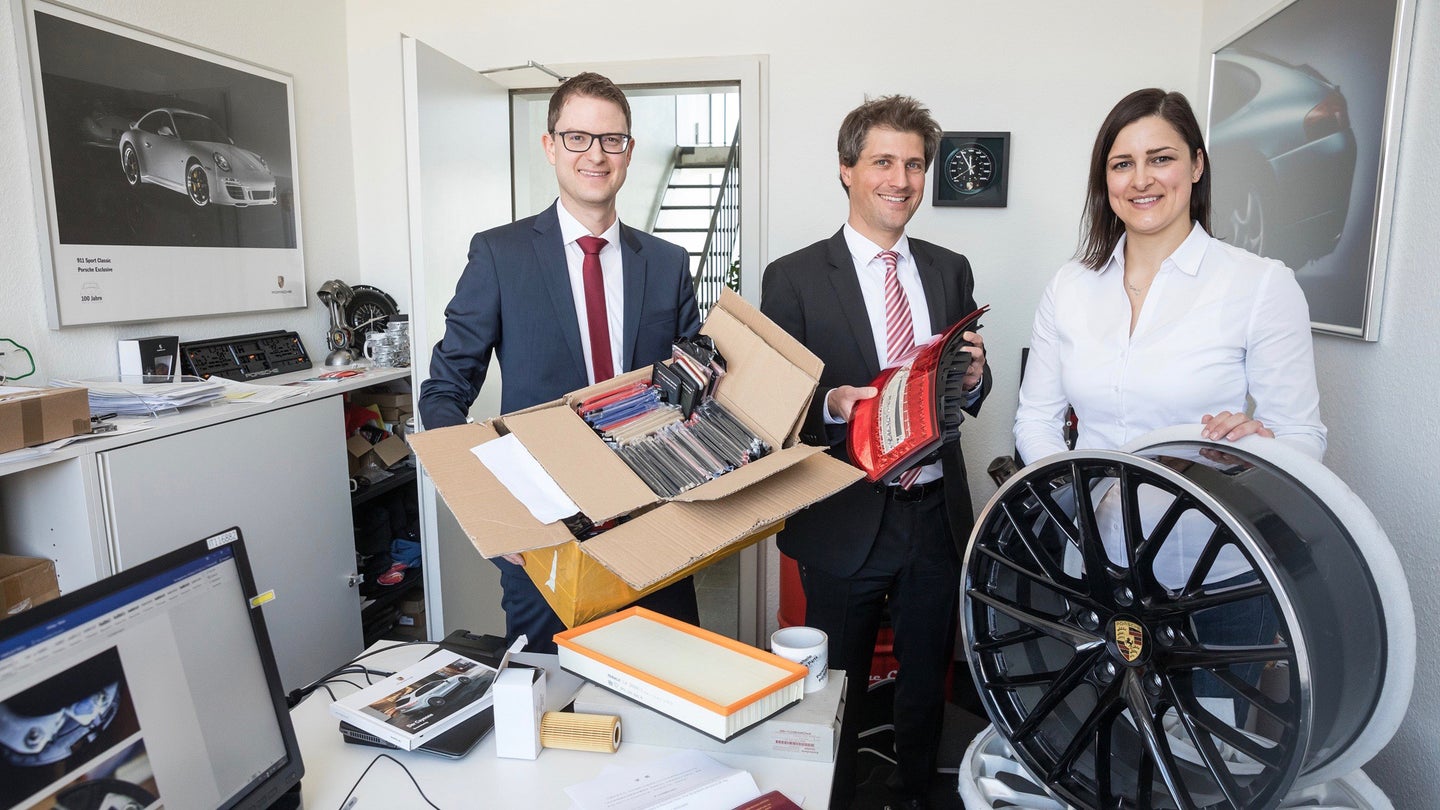 In this age of widespread information and technology, it's become easier than ever for companies to make counterfeit merchandise and components while passing them off as real via the internet. This, in turn, creates an issue for the parties that are being faked or, as some put it, replicated, and big-time players are cracking down on these illegal schemes. Porsche, for one, even has its own team of brand protection workers that reclaimed over 200,000 examples of unlicensed items bearing the company's name in 2018 alone.

Collectively, the division's efforts retrieved counterfeit Porsche-branded materials with a total estimated value of 60 million euros, or roughly $67,119,000. Of that amount, nearly 33,000 of the items were phony car parts amounting to around two million euros, or almost $2.24 million.

Fake parts pose a growing problem among automakers as technology has made it easier for third parties to reverse engineer and manufacturer parts similar to original equipment manufacturers, or OEMs, often selling at a fraction of a price. The problem is that one isn’t just paying lower prices, but they’re also buying a cheaper product that compromises overall quality.

Cars function optimally with original quality parts as they’re designed and manufactured to the same specifications set forth by the manufacturer. By purchasing a fake or counterfeit part, one not only runs the risk of making their vehicle less reliable, but it can also pose a massive safety risk.

“This is where things get dangerous,” said Thomas Fischer, one of the lawyers from Porsche’s Legal Sales department, in a statement. “These spare parts are neither tested nor approved. It goes without saying that we want to prevent products like this ending up in our cars.”

In one instance, a Porsche investigator spent months researching and monitoring a professional-level factory in the industrious city of Shenzhen, China that was suspected of producing counterfeit parts. The team then worked with local detective agencies to bring an end to the factory’s operations.

“Our goal is always to locate the source. Once we have found it, we inform the local authorities to take the necessary steps there. This collaboration generally works very well,” Michaela Stoiber said in a statement, one or Porsche’s “brand protection officers.”