Continental Is Turning a Car Interior Into a Giant Speaker System

This would be huge for the weight savings alone. 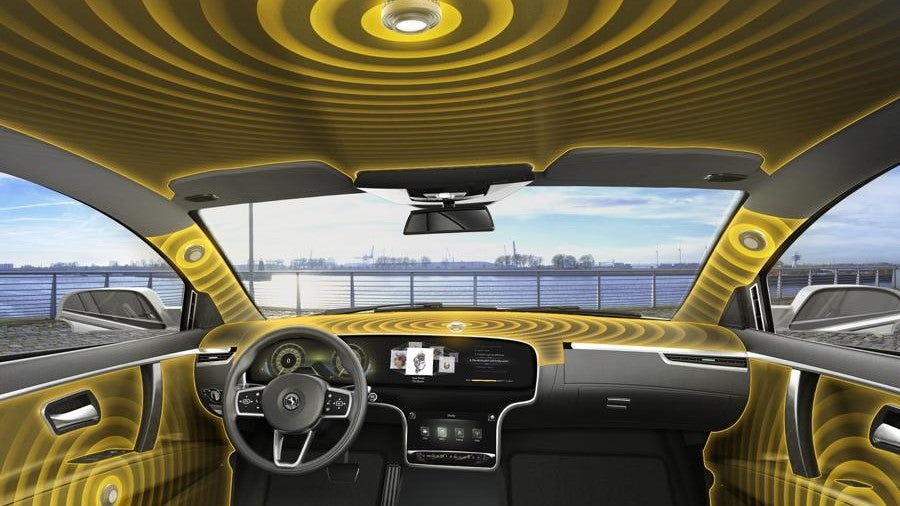 Your next car might have zero speakers instead of, say, 34. It sounds crazy—and it kind of is—but Continental wants to turn the interior of your car into a type of speaker rather than installing actual loudspeakers for your audio system. Karsten Michels, the head of Continental’s advanced development in supplier’s interior told Automotive News he was “extremely skeptical” of the idea, but “didn’t believe at first” how good the prototype his team came up with sounds.

It works by placing actuators throughout the car which create vibrations through the material in your interior, replicating a real speaker. So your A-pillars turn into tweeters, your door panels turn into mid-range speakers, and your roof becomes a subwoofer.

The big advantage of this system over a traditional audio system is weight savings. Anyone who has ever installed an audio system in a car knows that speakers, particularly the good ones, aren’t light—especially the gear required for a subwoofer. Replacing speakers with actuators cuts down on the weight of your audio system by about 90 percent, weighing only about 4.4 pounds rather than over 40.

Also, you know how modern cars have cubbies and storage compartments all over the place? This new advancement means there could be even more space to put your phone, tablet, Big Gulp, and whatever other junk we feel we need to bring with us. Speakers take up space, after all.

Another advantage is reduced power consumption. Continental claims their new system uses a fraction of the power of a traditional audio setup. With electric cars on the rise, every kilowatt counts. If a different audio system can squeeze a couple more miles of range out of the battery in an EV, manufacturers are going to be interested in adopting this tech.

But does it actually sound good? With premium audio systems becoming more common in modern cars, our standards for stock car stereos are higher than ever. Continental says the prototype received top scores from master musical instrument builder and physicist Martin Schelske. If that guy thinks it sounds good, it will probably meet or exceed the standards of most drivers.