Prepare yourself for the dopest stereo Bose has ever put into any two-seat vehicle. 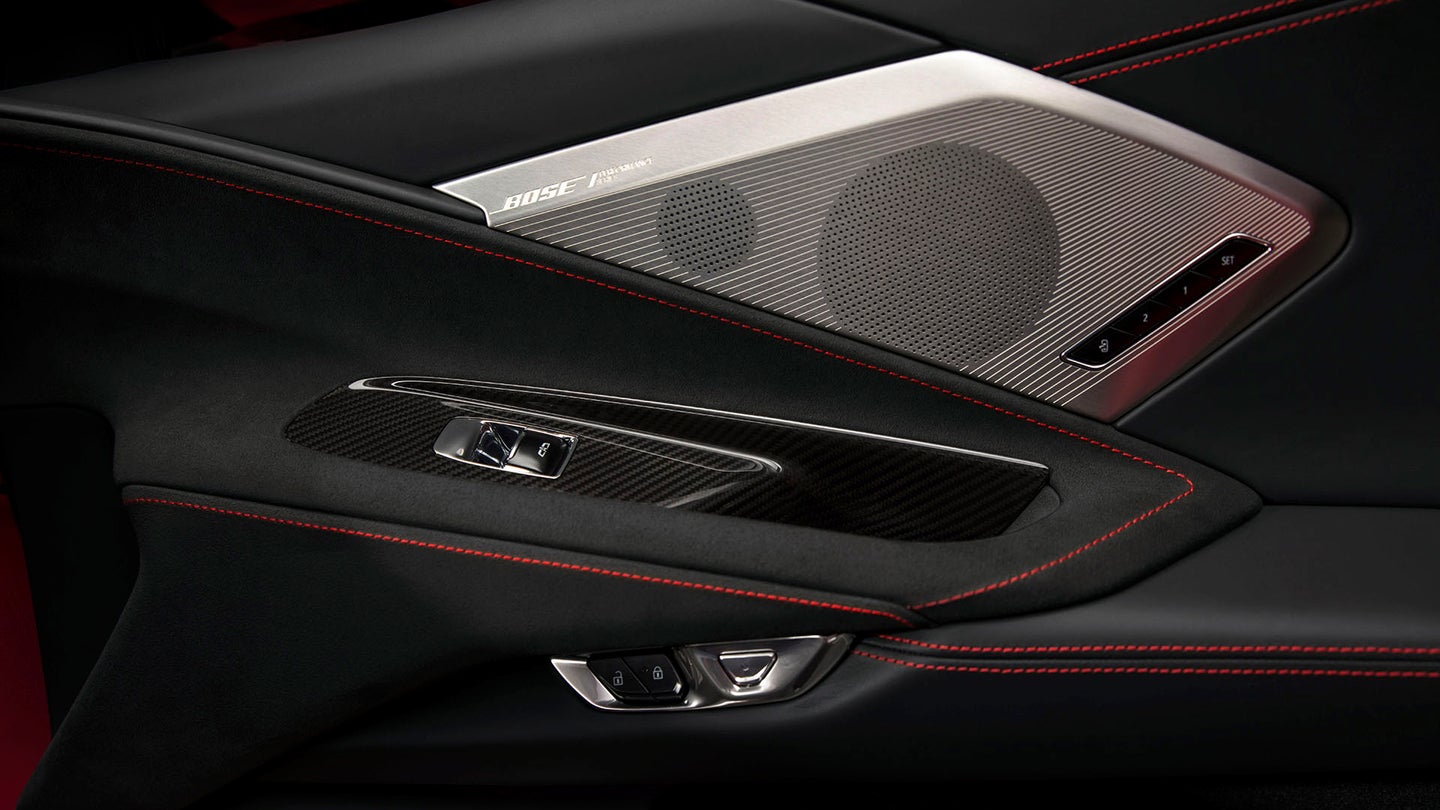 With how our lives are so centered around media these days, it’s incredibly frustrating when a new car doesn’t come with a decent stereo. Thankfully, there’s no such worry in the new mid-engine 2020 Chevrolet Corvette Stingray as Bose just announced that it’ll be introducing its most powerful automotive sound system ever for Chevy’s new halo car and continuing a long-standing relationship that’s been around since the 1984 C4 Corvette.

The optional system consists of a total of 14 speakers, making it the most speaker units Bose has ever integrated into a two-seat automobile. The system is made up of neodymium speakers of varying size followed by 1-inch neodymium tweeters for treble support. All were strategically placed throughout the Corvette's interior for optimal sound quality.

Helping with the low-end frequencies are two of Bose’s 10-inch Nd subwoofers integrated into each door. The speakers were then tuned in unison to provide the two occupants with a deeply immersive sound experience. Color us intrigued.

“The new Corvette Stingray is phenomenal, and it delivers a special kind of experience that doesn’t happen very often. So, getting every detail just right is critically important—and that includes audio,” Tobe Barksdale, chief audio engineer for Bose Automotive Systems, said in a statement. “The next-generation Corvette already delivers a thrilling soundtrack, courtesy of the engine. And when it comes to adding music to the mix, the custom-engineered Bose Performance Series system brings the moving emotion you’d expect in a legendary vehicle like this.”

The overall stereo system is then digitally enhanced with Bose’s AudioPilot software with special tuning for active in-car noise cancellation and compensation. Bose's AudioPilot works by using a series of microphones integrated into the cabin, while a digital processing unit factors in road and wind noise and then compensates the system’s output accordingly to boost audio clarity and fidelity. And should one want to truly be immersed by quality sound, Bose offers its 360-degree Bose CenterPoint and SurroundStage technology to remix stereo sources into surround sound.

Tadge Juechter, the Executive Chief Engineer for Corvette, furthered with, “From the beginning, we knew we had to have an audio system that carefully balanced the need to isolate the occupants from the engine compartment in the rear, while providing live performance-like audio clarity. The Bose system technology in the 2020 Chevrolet Corvette Stingray delivers that careful balance.”

Should you choose not to opt for the premium audio system, Bose still supplies the 2020 Corvette’s standard 10-speaker system. But honestly, why would you not?