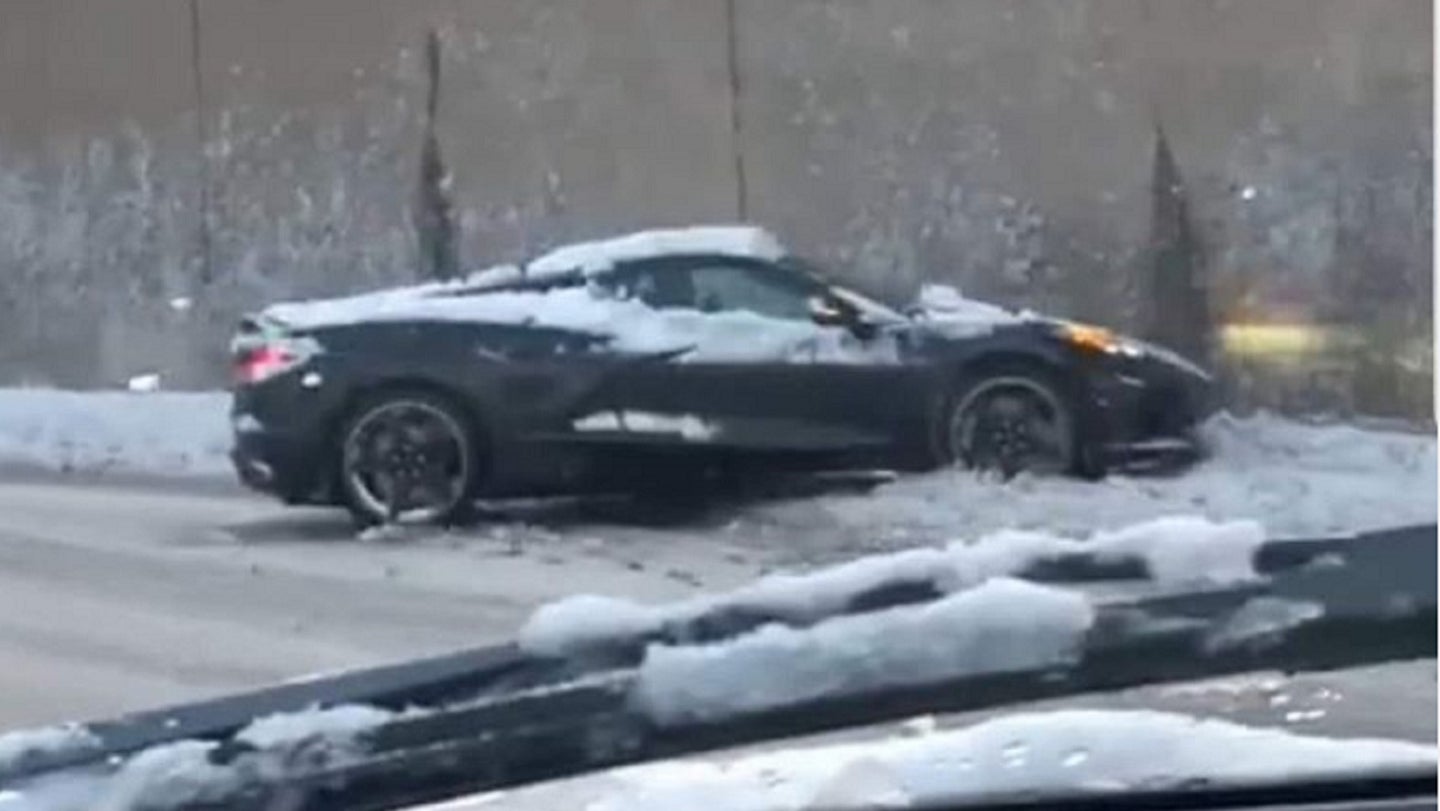 It's that time of year again when the white fluffy stuff makes cars go round and round and straight into ditches and walls. But this time it wasn't just any old car, but a pre-production, mid-engine 2020 Chevrolet Corvette Stingray C8 spinning out on a Michigan highway amid the season's first snow on Monday.

A photo shared by Panda_Hellcat on Instagram shows the Shadow Gray C8 Corvette resting against a concrete wall and facing the wrong way on the side of I-75 in Detroit. We can presume the driver didn't actually meant to park it there to admire the snowy scenery, but rather lost control in the inclement weather and spun around. It's unclear if the Corvette actually crashed into the wall as the photo and a video submitted to Jalopnik only show the passenger side of the car, but it'd be far-fetched to think that it didn't at least tap it.

Instagram user detoxx03 claims to have taken the video/photograph shown above, which appears to have been shot from a vehicle passing by the scene. A closer look shows the C8 mostly covered in snow, with more of the slushy stuff spotted inside the wheel and around the edges. This leads us to believe this Corvette had been driving for a while in those conditions—either that or it scooped up quite a bit of snow as it spun around.

Given the fact that the eighth-gen 'Vette isn't under production yet due to the recent UAW strike, it's pretty clear that this was a Chevrolet-owned test car being driven by a GM employee or someone connected to GM. We've reached out to Chevrolet for confirmation, as well as to find out what kind of tires it was equipped with, and we'll update this story when we hear back.

This is the second-known Corvette C8 crash, with the first one taking place near Yosemite National Park in California.