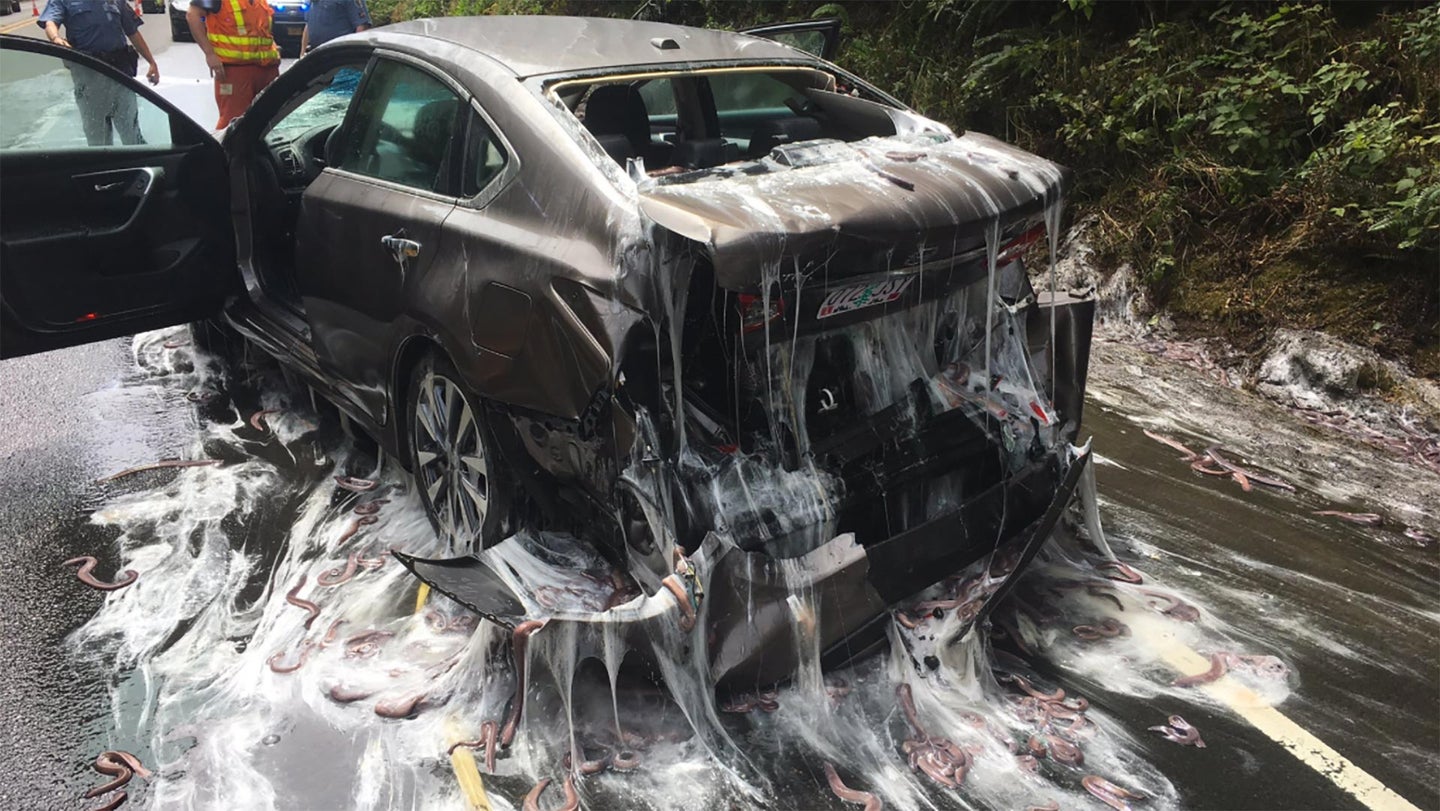 Hagfish, Slime Eels, gooey hotdogs, whatever you want to call these slimy things, they are completely disgusting. If you remember from middle school science hagfish secrete a slime when agitated and apparently a motor vehicle accident counts as agitating them.

On Thursday morning, Salvatore Tragale was driving 7,500 pounds of hagfish on Highway 101 in Depoe Bay, Oregon to get shipped overseas. Tragale attempted to slow down for a construction site when his cargo got loose and all the truck's contents went flying. Within a second, the entire road and passing cars were covered in the slimey mess. Fortunately, no injuries were reported but the cleanup was extensive.

One container even made its way into oncoming traffic causing a four-car pileup. Depoe Bay Fire District, Oregon DOT and Oregon Highway Patrol responded to the scene. The extensive cleanup operation required firefighters to hose off the highway while DOT removed the tons of Slime Eels using a bulldozer.