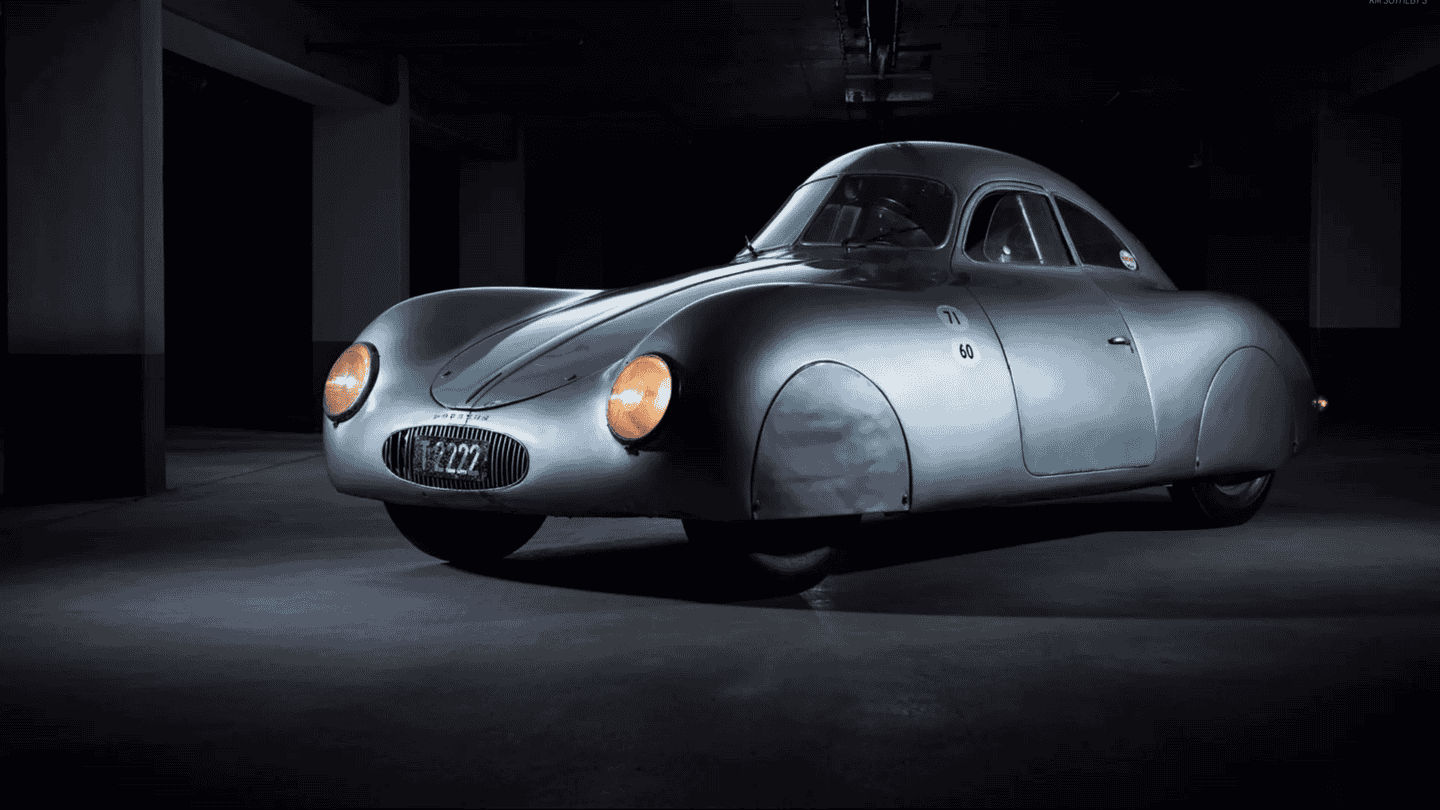 Expectations were high leading up to Saturday's RM Sotheby's auction in Monterey, where one Ferdinand Porsche-built "Type 64" was slated to cross the block and fetch a huge sum in the process. After busy debate on how the car, which was actually built 10 years before Porsche AG was formed, should be classified, clarification was reached with an anticipated sale price of $20 million, per the auction house. However, the car remains up for sale as a collective blunder nixed any chance of it going home with another collector this weekend.

As the Type 64 rolled onto the stage with applause from the event's millionaire-crowded audience, a starting bid of "$30 million" was supposedly announced by the auctioneer. The number flashed on screens surrounding the room and rapid-fire calls shot the price up to a believed $70 million, wowing everyone who had expected the rare German machine to go for less than a third of that price.

It was then, amidst the roar of laughs and partial doubt, that the auctioneer clarified over the microphone that the starting bid was, in fact, $13 million. In turn, the current bid was at $17 million rather than the comparatively lofty $70 million figure.

The auction was then cut off as no bids higher than $17 million were issued, and this hugely significant piece in automotive history failed to meet its reserve.

Whether or not this was a prank or a genuine mistake is unclear, though we'd bet on the latter. Despite the uncertainty, attendee collector's were baffled by the move and laid heavy criticism on Sotheby's misstep.

"What a joke,” said Johnny Shaughnessy, a Southern California collector who was present at the auction, to Bloomberg. “They just lost so much credibility. My father could have bought that car for $5 million years ago. It has been passed around for years, and no one wants it.”

An RM Sotheby's spokeswoman then issued a statement to Bloomberg, saying, “As bidding opened on the Type 64, increments were mistakenly overheard and displayed on the screen, causing unfortunate confusion in the room. The car reached a high bid of $17 million.”

Sale prices have fallen dramatically this year at Monterey, as Hagerty reports a 25-percent decline in gross totals through Friday compared to 2018. The highest-fetching auto—a McLaren F1 LM-Spec—sold for $19.8 million, although it was initially estimated to go for $20 million-$23 million.