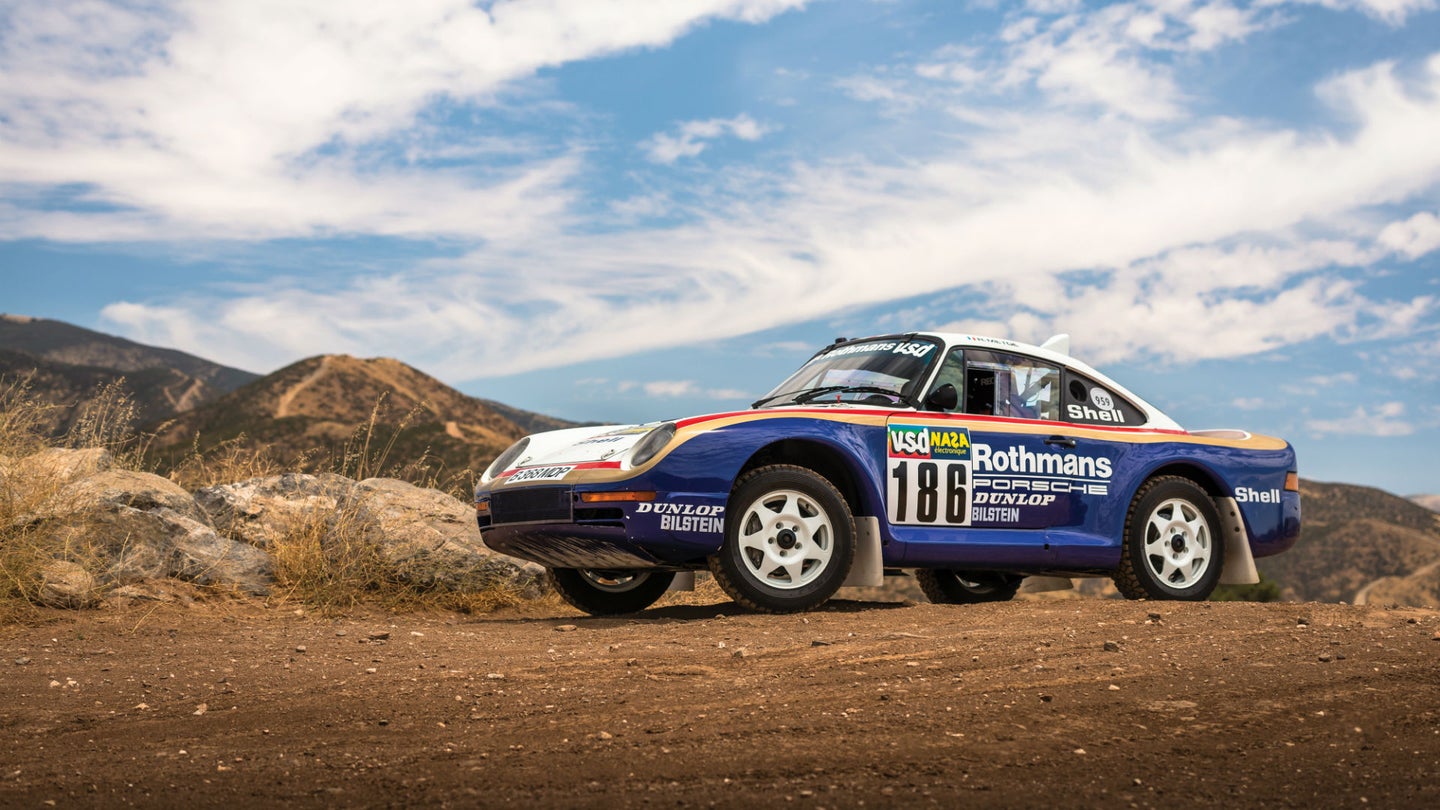 This October, RM Sotheby's is hosting an auction that every Porsche fan will want to pay attention to. The Porsche 70th Anniversary Sale will feature a number of rare and iconic Stuttgart models up for grabs at the brand's North American headquarters in Atlanta, headlined by a Porsche 959 Group B rally car—the first time one has ever been sold at a public auction.

According to an RM Sotheby's press release, this Porsche 959 listed on RM Sotheby's website, chassis number 010015, is one of six rally-spec 959s built, and one of the three 959s that participated in the 1985 Paris-Dakar Rally. The car did not finish the nearly 8,700-mile race due to an oil line failure, while the other two 959s crashed. Drivers René Metge and Dominique Lemoyne went on to drive another 959 to victory the next year.

As it met a much better fate than its two other 959 companions in the 1985 rally, #0100015 has continued to participate in vintage events thanks to former owner Jacky Ickx. It won Best in Class at The Quail, A Motorsports Gathering during Monterey Car Week 2008 and was on display at Goodwood Festival of Speed from 2004-2006.

“It is fantastic to be able to offer one of the very few 959 Paris-Dakar rally cars at auction, especially at our Porsche 70th Anniversary sale,” says Alexander Weaver, car specialist at RM Sotheby’s. “Just six of these impressive machines were ever built, with five examples surviving and perhaps a mere two or three, including this car, in private hands. The Paris-Dakar presents in as-raced, highly original condition, and is being commissioned to complete running order prior to the sale in October."

The six Paris-Dakar 959s served as the prototypes for the Porsche 959 production car, one way ahead of its time. Their legacy lives on in the Safari-style 911 builds that are popular in the Porsche community, as well as in motorsport, where a 911 RSR clad in the Dakar 959's iconic blue and white Rothmans livery finished second in class at this year's Le Mans 24 Hours race, a historic one-two finish not soon forgotten.

"There has been a considerable surge in the popularity of safari-style, rally-spec 911 builds, and the 959 Paris-Dakar is essentially what sparked all of these on/off-road Porsche models," Weaver explained. "For any die-hard Porsche collector and off-roader, this is an unheard-of opportunity.”

Chassis #010015 will go under the hammer at the Porsche 70th Anniversary Sale auction, hosted by the Porsche Experience Center Atlanta on October 27, and RM Sotheby's predicts that it will sell for between $3 million and $3.4 million. The question remains: Does the 33-year-old Dakar dirt come with the purchase, or do you have to pay extra for them NOT to wash it off? 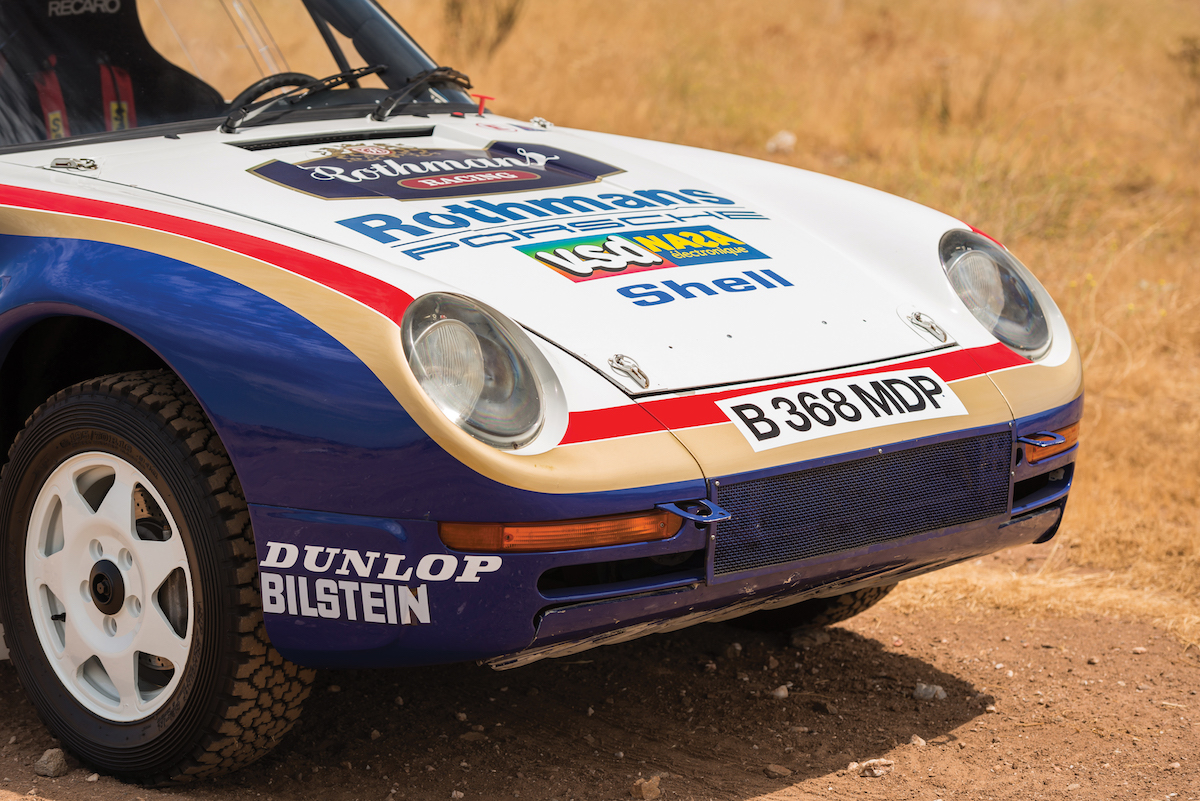 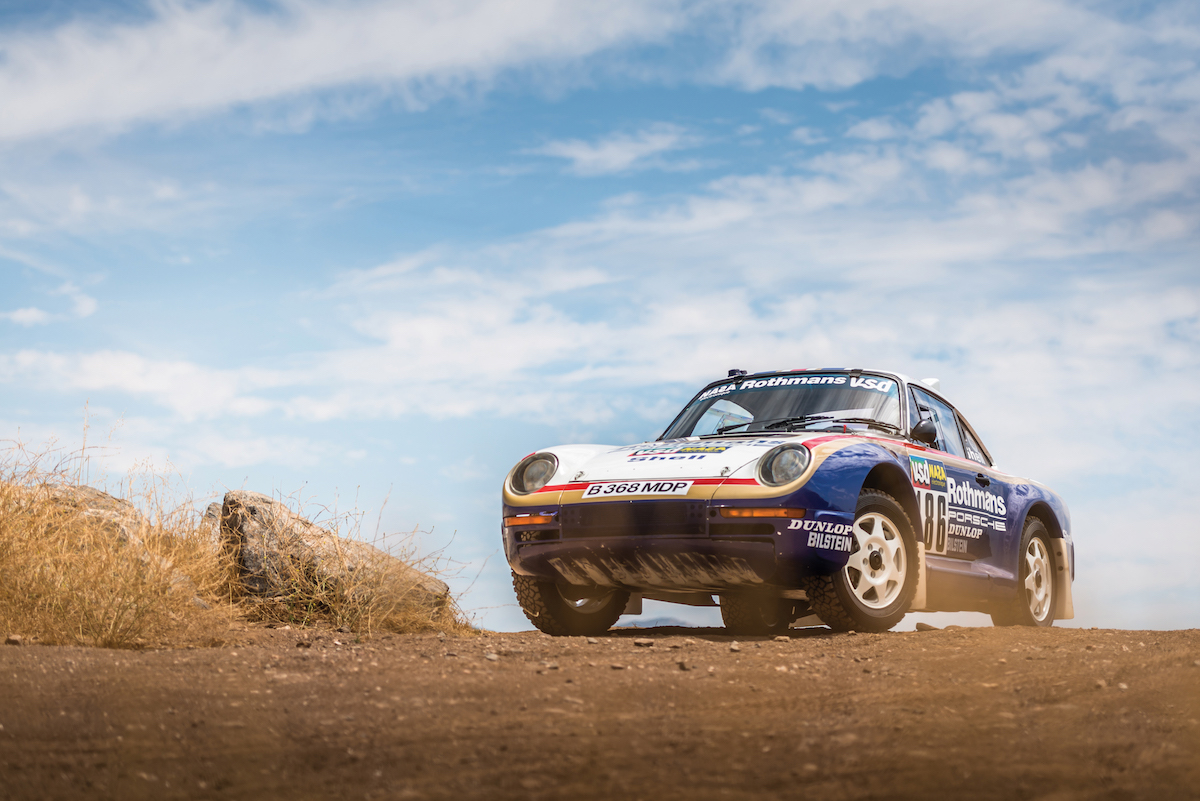 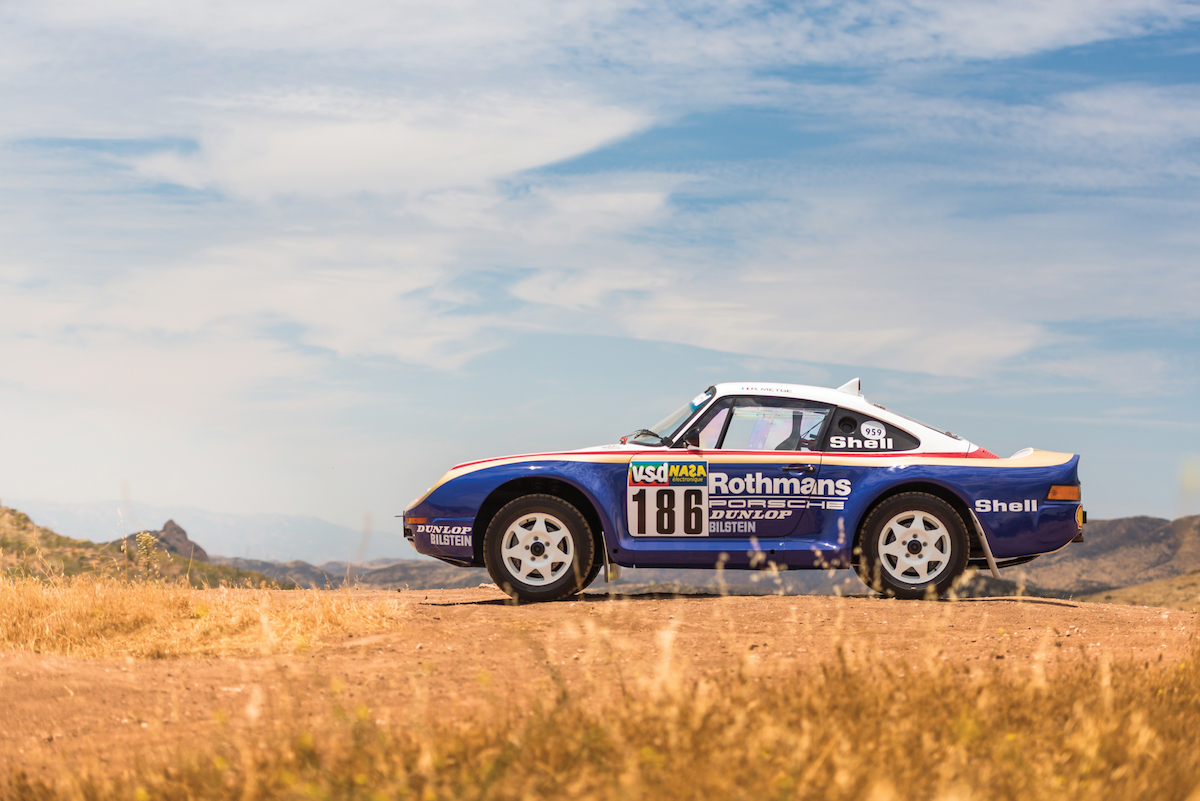 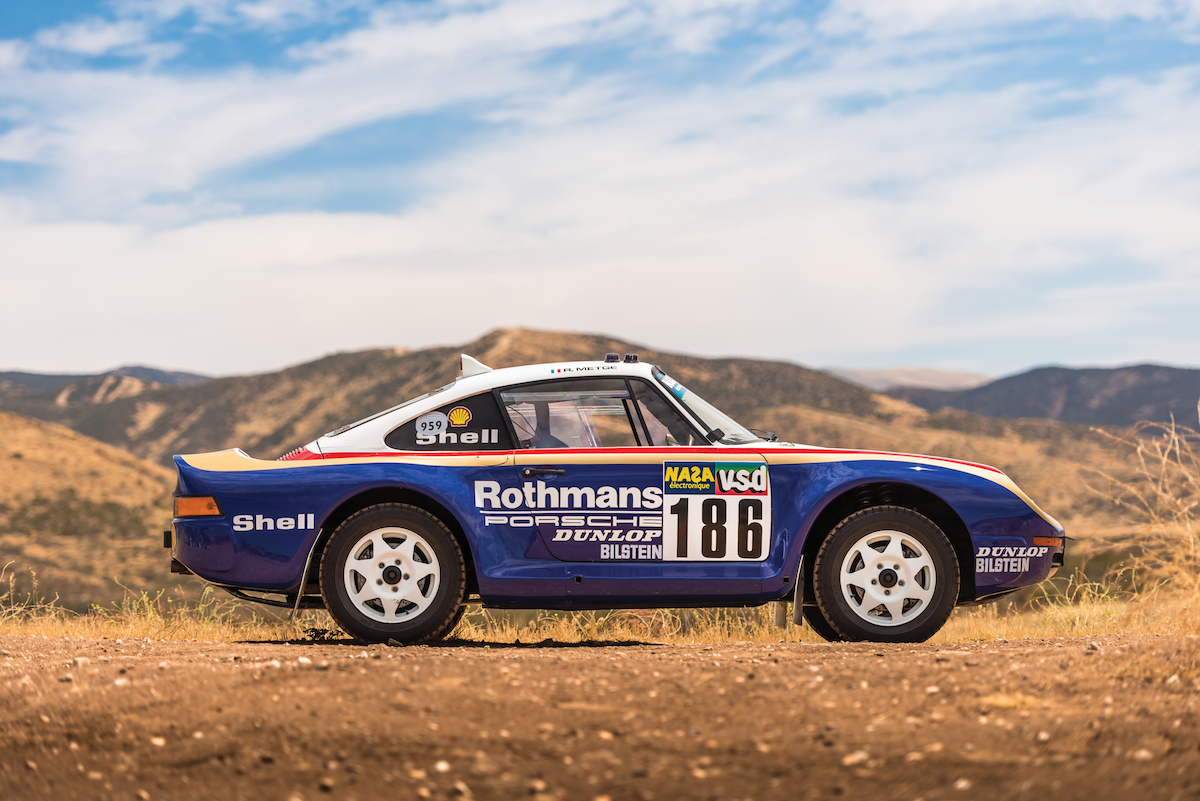 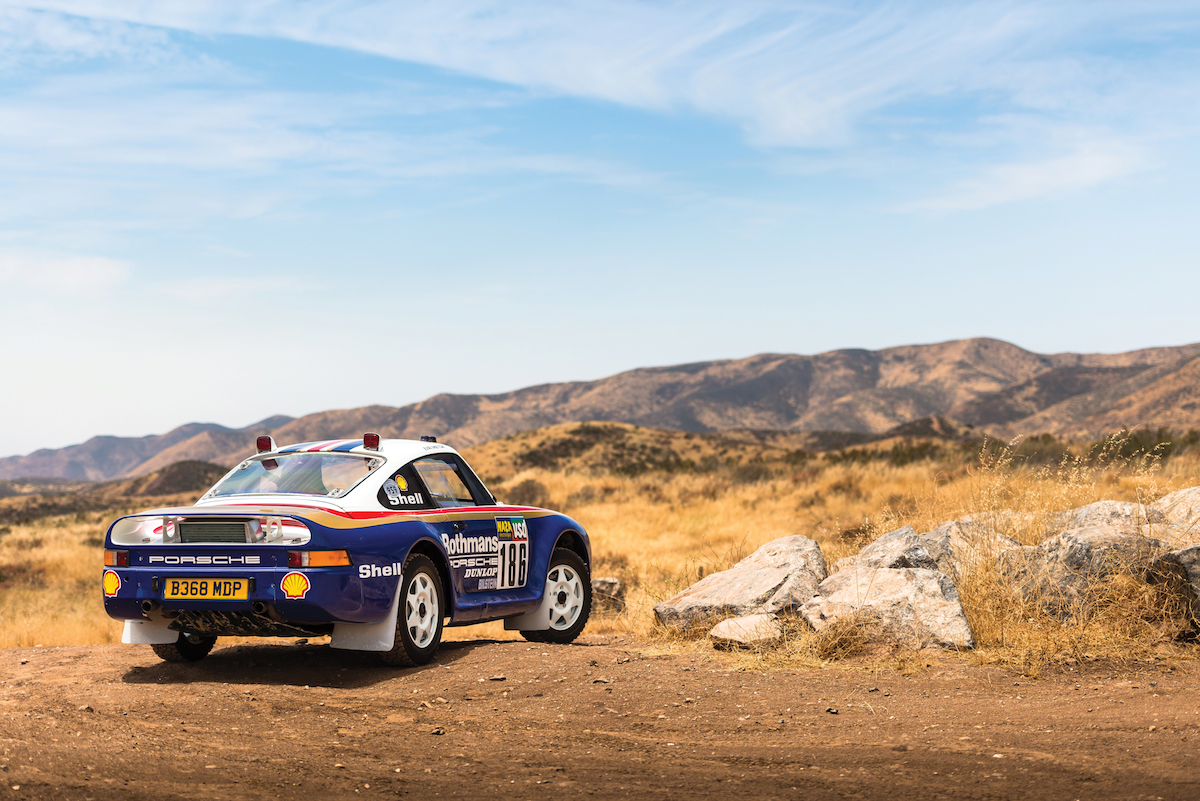 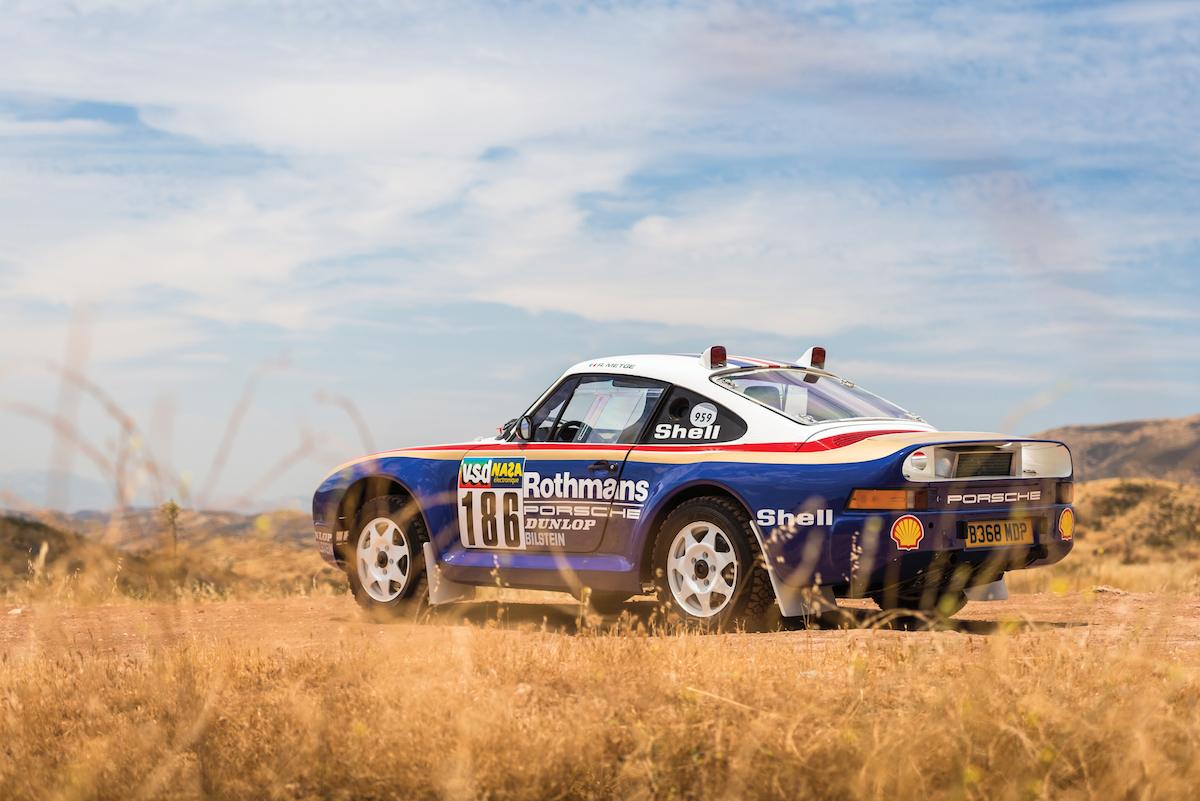 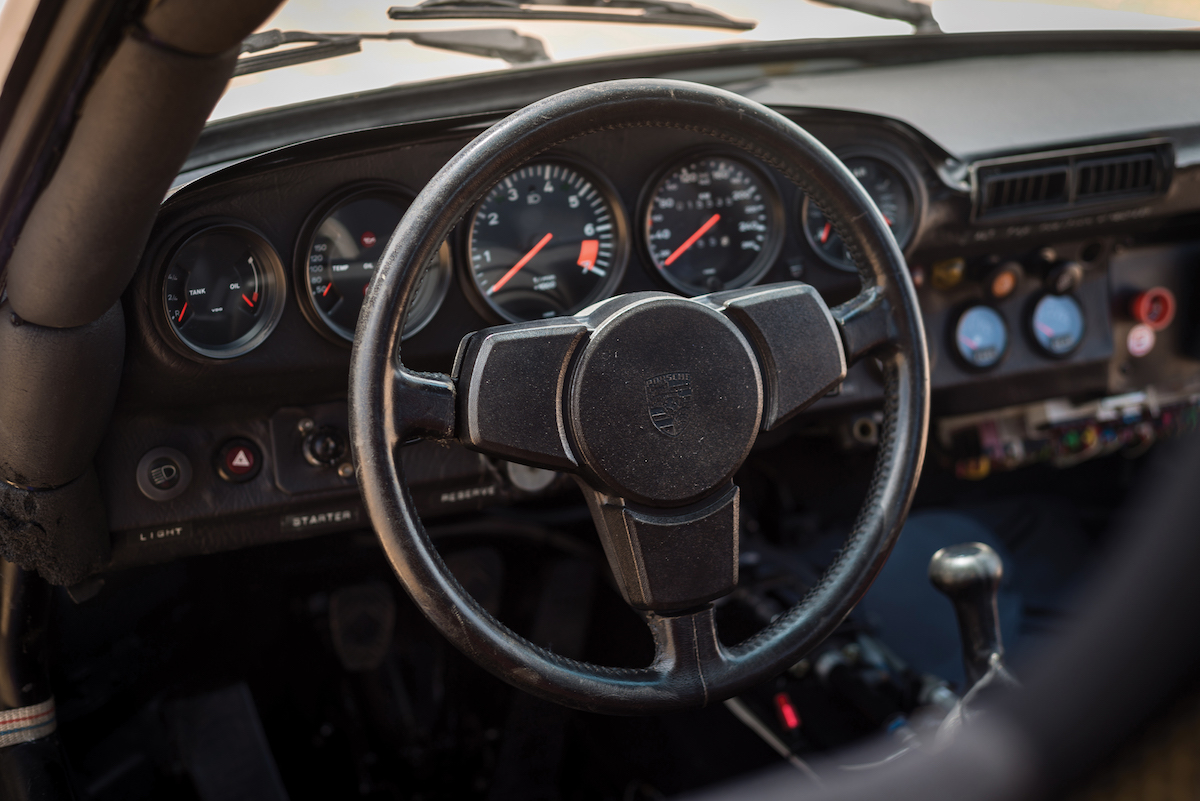 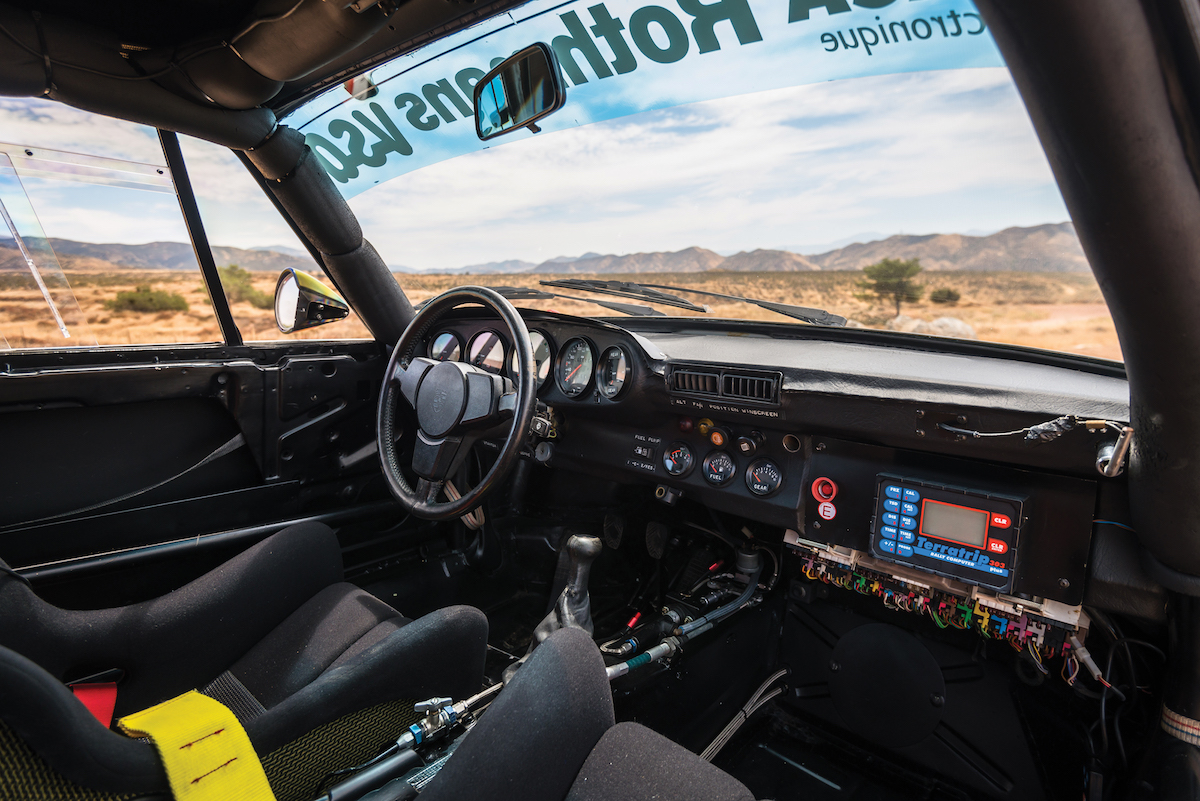 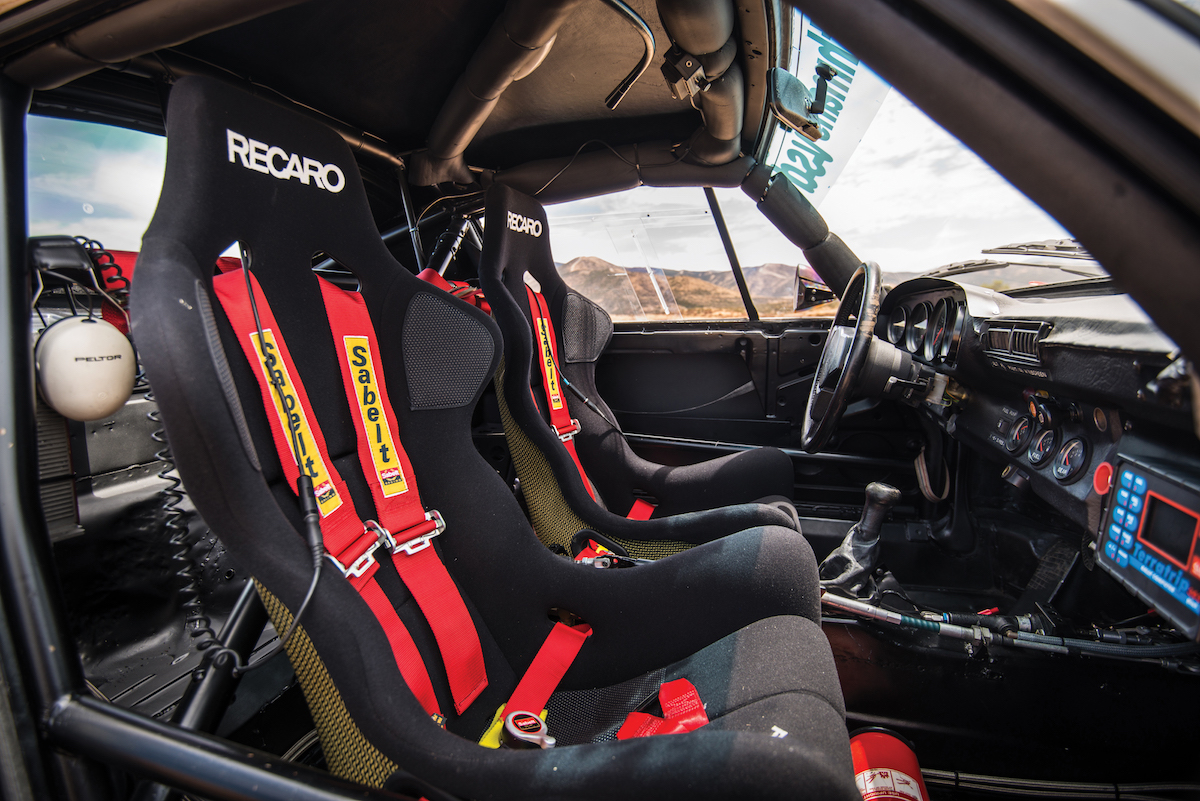