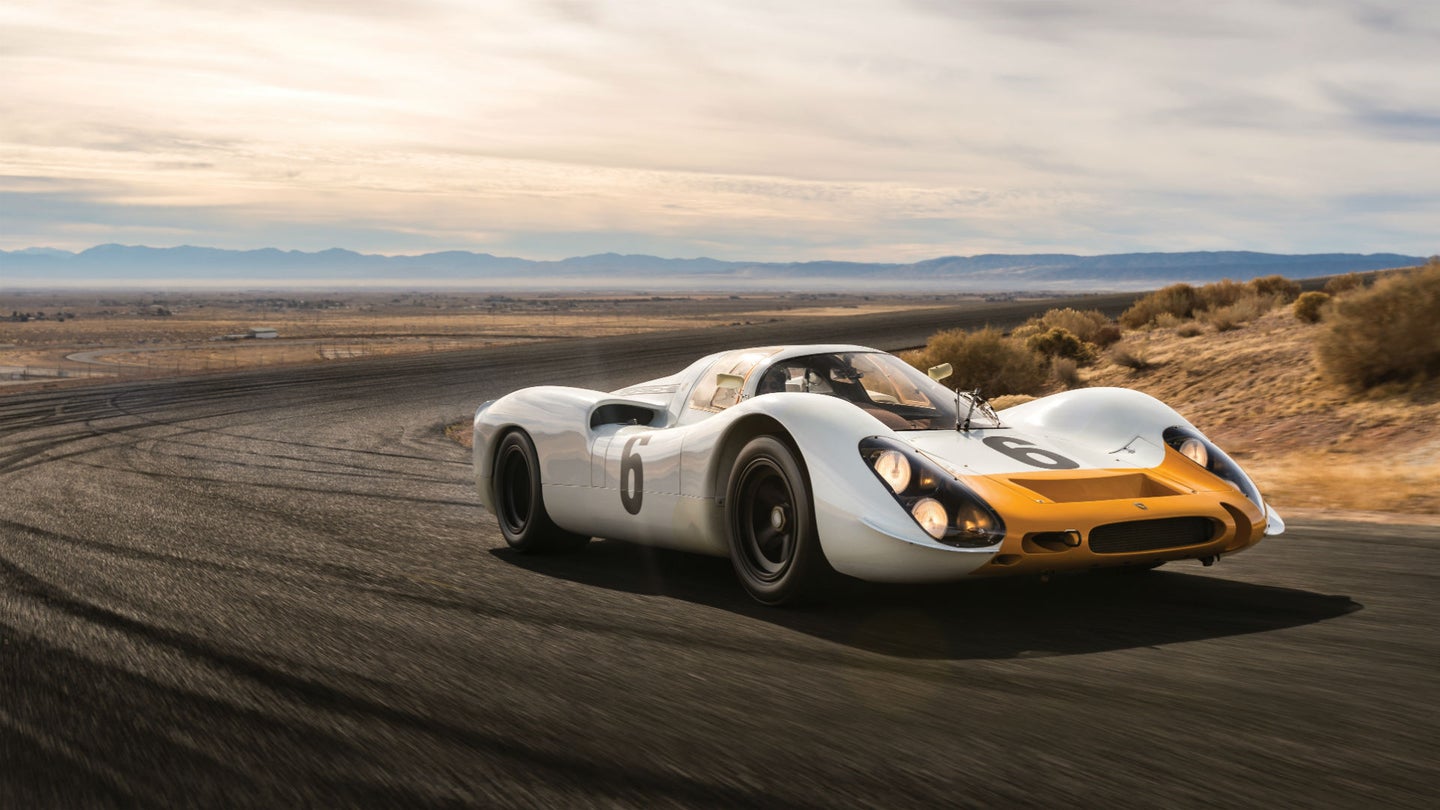 The RM Sotheby's Pebble Beach Auction is possibly the best auction show for car fans to watch. Since it's part of Monterey Car Week, this event features some of the rarest and most expensive cars to hit the auction block. RM Sotheby's says that 2017 was the most successful year it's ever had, as it sold almost $133 million worth of cars.

This year's event is already shaping up to be better, considering there's a 1968 Porsche 908 K going to auction. It's one of a few surviving "Kurzheck," or "short-tail" variants of the legendary 908 prototype racing coupes Porsche built for endurance races like the 24 Hours of Le Mans and Six Hours of Nurburgring.

Chassis 908-010 is one of the first Works 908s ever built, but its racing career is shorter than the tail end it gets its name from. The car raced at Six Hours of Spa-Francorchamps (then Spa 1000 kilometers) in 1968 for Porsche System Engineering, driven by Vic Elford and Jochen Neerpasch. After more than 32 successful laps, the 908 succumbed to Belgium's harsh elements and slid off the wet track. The car crashed, and Porsche retired it.

It was sold to a Swiss collector after the unfortunate race, and sat in storage for decades before Porsche racing expert Dale Miller rescued it from its horrible captivity. Miller sold it to Bill Ferren, who had the 908 K professionally restored, and then raced it at the 2004 Rennsport Reunion. Since then it's been to plenty of vintage Porsche events in California, and went on display at North Carolina Museum of Art's "Porsche by Design" exhibit in 2013.

The 908 K is powered by a 3.0-liter flat-eight engine pushing 350-horsepower, well-known for its lovely exhaust note. You can also see this car taming Willow Springs in RM Sotheby's profile video.

This Concours-ready Porsche is one of the first lots RM Sotheby's has announced for the 2018 Monterey auction, which is happening Aug. 24-25.

The sound of this Carrera 10’s 2-liter engine is insanely addictive.