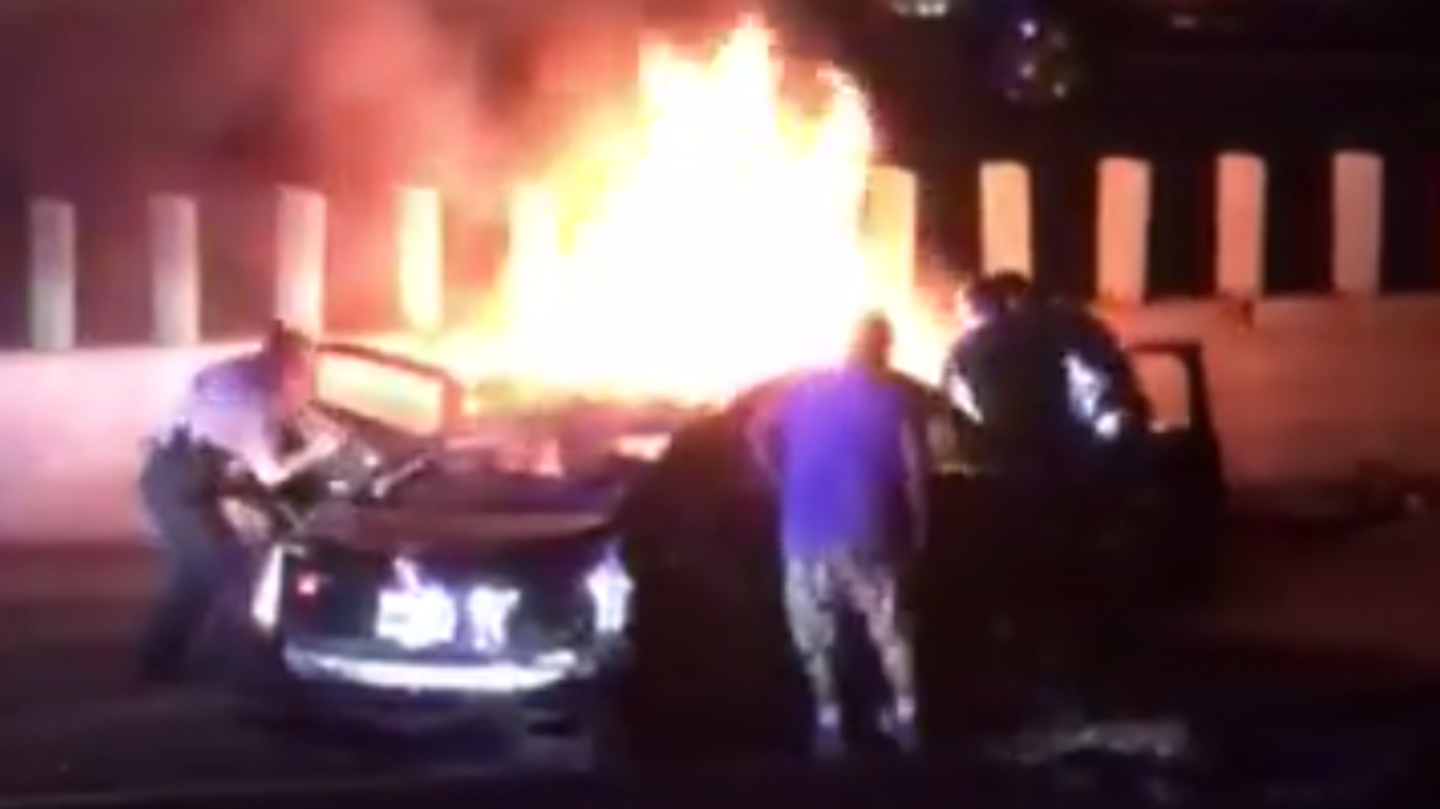 Dramatic video shows police officers and witnesses saving two people trapped in the burning wreckage of their car after the pair plunged off a highway overpass in Minneapolis on Wednesday night.

According to the Minneapolis Star Tribune, the dark-colored Cadillac ATS was seen traveling at a high rate of speed before the driver failed to navigate a sharp turn at the end of a long straight, sending the car flying over a guardrail and falling at least 16 feet onto the westbound lanes of I-94 below. Two Minneapolis police officers arrived on scene minutes later, and that's where the eight-minute video begins.

In the footage, recorded by a witness, you can see the officers approaching the smashed Cadillac, which came to rest on its wheels after reportedly rolling several times upon landing. The wreckage is already smoking, and flames begin to erupt from the engine at around the 0:40 mark as the officers work to extract a female passenger. The unconscious driver remains pinned in the driver's seat.

The officers pull the woman to safety, but the flames quickly grow as they race back to the car and discover the driver's door won't open. Two bystanders and another officer join in the effort to free the man as the fire rages, and after a minute of struggling they finally manage to pull him out of the front passenger door and drag him away from the flaming wreckage. The rest of the video documents the emergency response and shows the officers giving the man CPR for at least five minutes straight until paramedics arrive.

Sadly the driver, identified by police as 31-year-old Floyd Cunningham, later succumbed to his injuries at the hospital. Still, the video clearly shows the heroic behavior of everyone involved with the rescue.