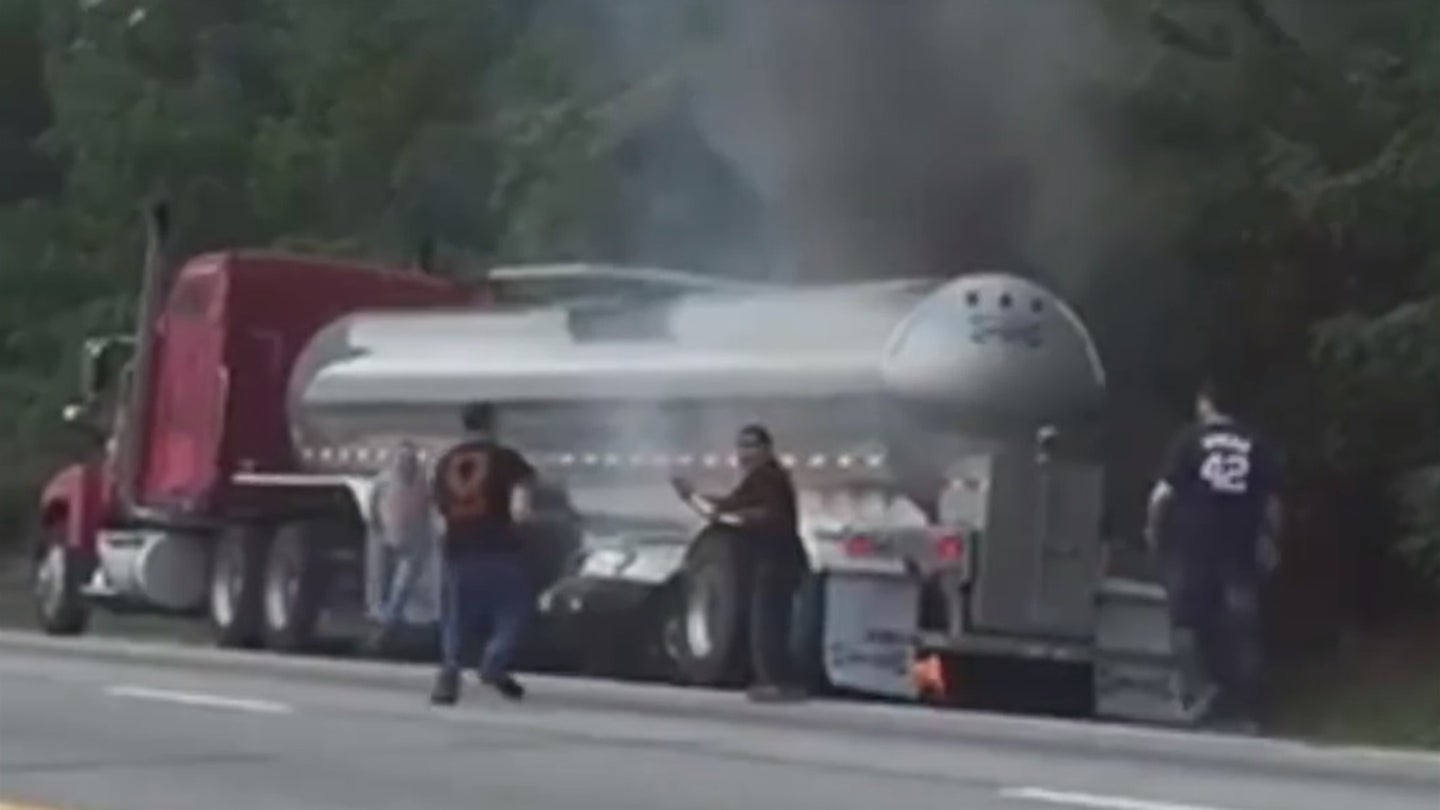 Carmin and Alejandro Rivera Sr., who have been married for 56 years, were driving their first-generation Subaru Forester through a small town about an hour north of New York City on Sunday when a tire blew at speed, sending their car spinning underneath a parked 18-wheel tanker truck. Even worse, the force of the impact caused the Subaru's gas tank to catch fire.

That's when witnesses leaped into action to rescue the couple. Without knowing what the tanker was hauling and whether or not it would explode, several people ran to the wreckage and crawled underneath the trailer to try and help the Riveras.

"Everybody just ran across the highway, even with flames coming out of the gas tank from the car," witness Jackie Welch told WABC. "Nobody knew if it was going to blow up, or if it was a fuel tanker, and nobody cared."

Fortunately for everyone involved, it turned out the tanker was carrying a load of liquid sugar. However, the citizen rescuers pulled the Riveras out just in time—the Forester's gas tank reportedly exploded just minutes later.

Carmin and Alejandro Rivera were both hospitalized with serious injuries including broken bones and head trauma. However, as the couple's son told WABC, the video makes it clear they might not have made it out alive were it not for the selfless actions of complete and total strangers.

Looks like bad decisions were made all across the board.