The two occupants are believed to be in critical condition. But still. 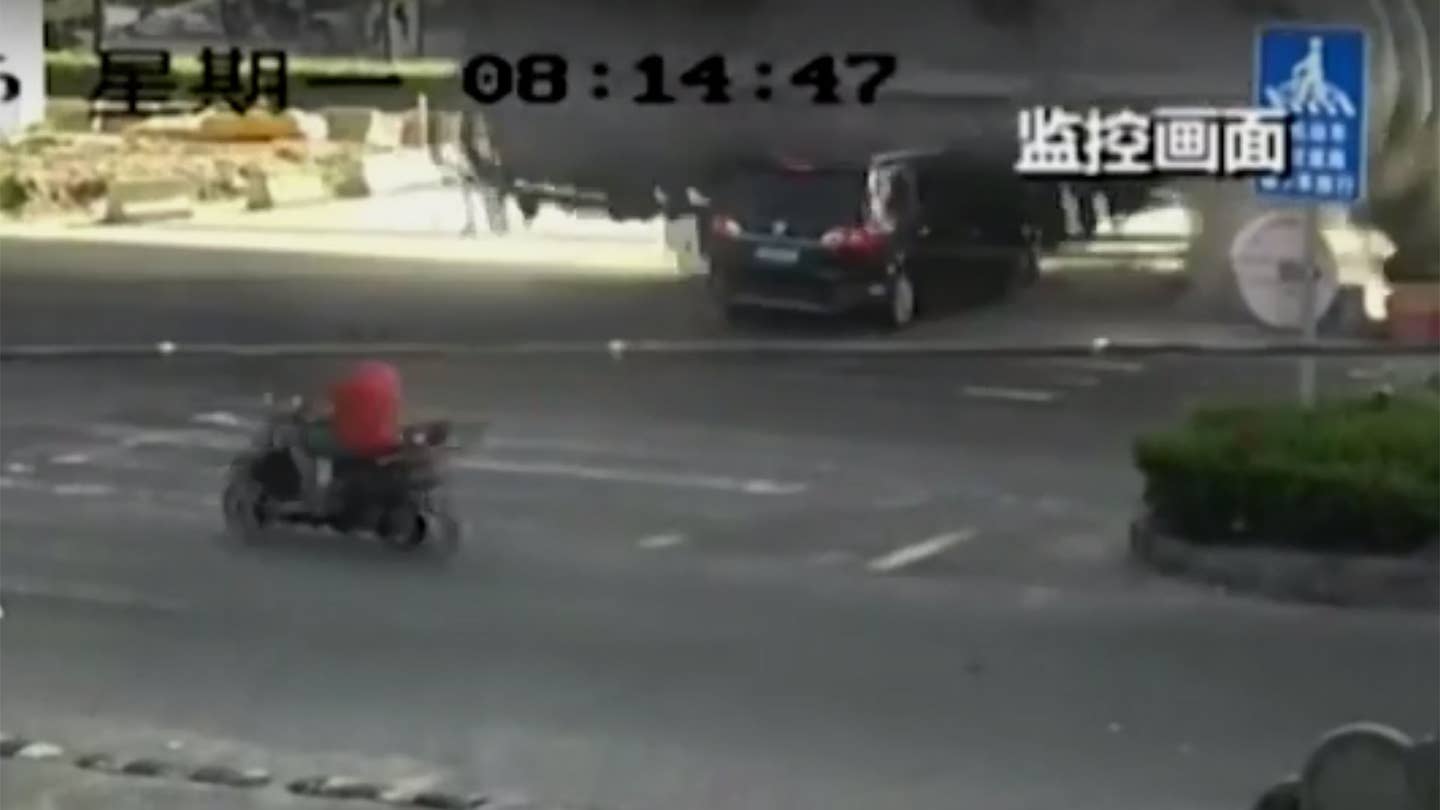 Somehow, the two people inside of this minivan in China when a tanker truck rolled over on top of them managed to survive the accident. Granted, both of the minivan's occupants reportedly suffered severe injuries and are currently undergoing medical treatment at a local hospital, but still. As you can see in the video, the fact that anyone managed to survive inside the van is nothing short of a miracle.

The accident, which occurred on August 15th in Ningbo, China, was recorded on a nearby security camera; the footage has since been uploaded to YouTube by the Associated Press, among other outlets. In the video, you can see the black minivan cautiously pulling through what appears to be a rather confusing intersection; suddenly, a tanker truck comes hurtling into the frame from the left, tilting uncontrollably to starboard. It almost clears the minivan...only to fall sideways onto the passenger cabin, crumpling the sheetmetal like a heavy boot on a beer can.

The van's two occupants, a man and a women, were taken to a hospital for their injuries, according to Chinese news site Ifeng. First responders reportedly said that when they arrived on scene, the minivan's occupants were not only conscious, but screaming in agony; the two are currently believed to be in critical condition. The state of the tanker truck driver is unclear.

As of earlier this morning, the official cause of the accident had not yet been determined.

The accident video—and footage of the fire department's extraction of the occupants—can be viewed below. Be warned: even in this heat, it might give you the shivers.