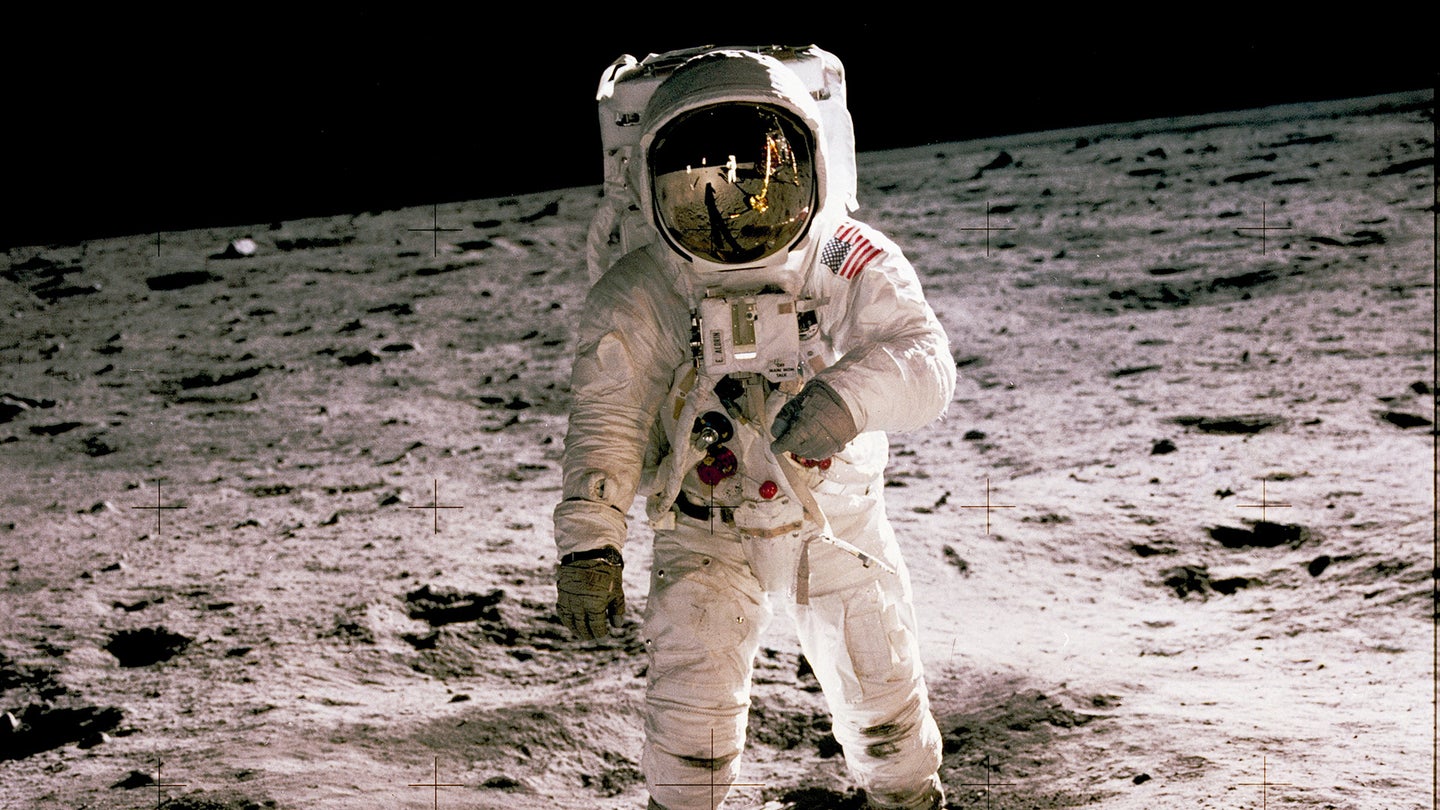 One of these days, Japan. On Friday, the Asian nation's space agency disclosed it's working on strategies to land a human on the moon's surface by the year 2030 or so.

A spokesperson for the Japan Aerospace Exploration Agency, or JAXA, told AFP that the government's lunar plans were part of a grander strategy that also involved joining with NASA to build a new space station in lunar orbit around 2025, which the Japanese space agency wants to use as a springboard to launch manned missions to the surface of Earth's biggest satellite.

That space station, which is known as the Deep Space Getaway (sounds romantic, huh?), is NASA's new intermediate step between its current mission and its planned manned mission to Mars sometime in the next few decades. Previously, the American space agency had planned on using a spacecraft to lasso an asteroid and haul it into lunar orbit, at which point astronauts would land on its surface. That plan has since been canned as part of the federal government's reallocation of NASA resources, but NASA officials told the House of Representatives this week that many of the technologies planned for the space rock-capturing Asteroid Redirect Mission will be reappropriated for the DSG and other future missions.

Japan joins several other nations in a quest to send human beings back to the Moon's surface half a century after people first walked on its dusty face. A Chinese official recently said it would "not take long" until the nation gave the green-light to a manned lunar mission, which would reportedly be planned for the 2025–2030 timeframe; Russia and the European Space Agency are also planning on sending people to the satellite's surface sometime in the near future. And hey, Elon Musk will probably pop by at some point, too.