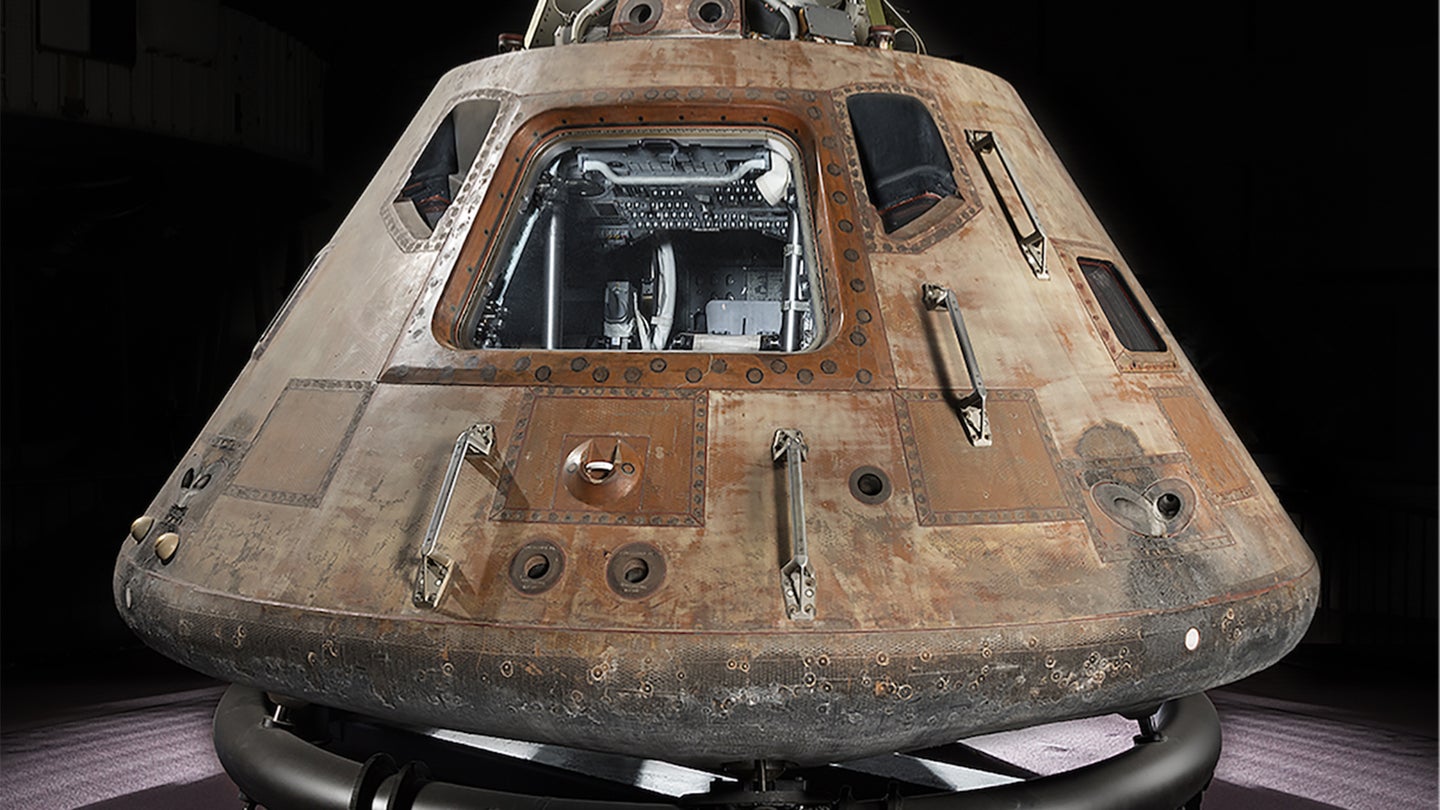 Walk around the Smithsonian's National Air and Space Museum Steven F. Udvar-Hazy Center in Virginia long enough, and you'll eventually come across the Apollo 11 command module. Columbia, as the reentry-scarred space ship is officially called, served as the ride to and from Earth for Neil Armstrong, Buzz Aldrin, and Michael Collins during NASA's first manned mission to another celestial body.

Starting this fall, Columbia will be on the move once more—though it won't be going nearly as far as it did on its maiden voyage. The Apollo 11 space capsule will be embarking on a four-city road trip that'll criss-cross America over the next two years.

The exhibition, called "Destination Moon: The Apollo 11 Mission," will open on October 14th in NASA's hometown of Houston, where it will stay for roughly five months before moving on to St. Louis, Pittsburgh, and Seattle. The traveling exhibit will also include more than 20 other one-of-a-kind artifacts from NASA's first lunar exploration mission to land on the satellite's surface, including Aldrin's gloves used on the lunar surface and a box used to carry rock samples.

"Destination Moon" will give visitors a chance to explore the craft in an interactive 3-D tour, using scans created of Columbia's interior last spring. It'll be the first time the public has ever had a chance to go inside the craft...albeit in a virtual fashion.

The capsule has been situated in one part or another of the Smithsonian since 1971, when Columbia first toured every state in the nation in the wake of the Apollo 11 mission. It will be placed in a new Smithsonian exhibit—also called "Destination Moon"—come 2021.

If you're interested in catching Apollo 11 on the road, you can see it at one of the places and times below. We'll definitely be trying to stop by.