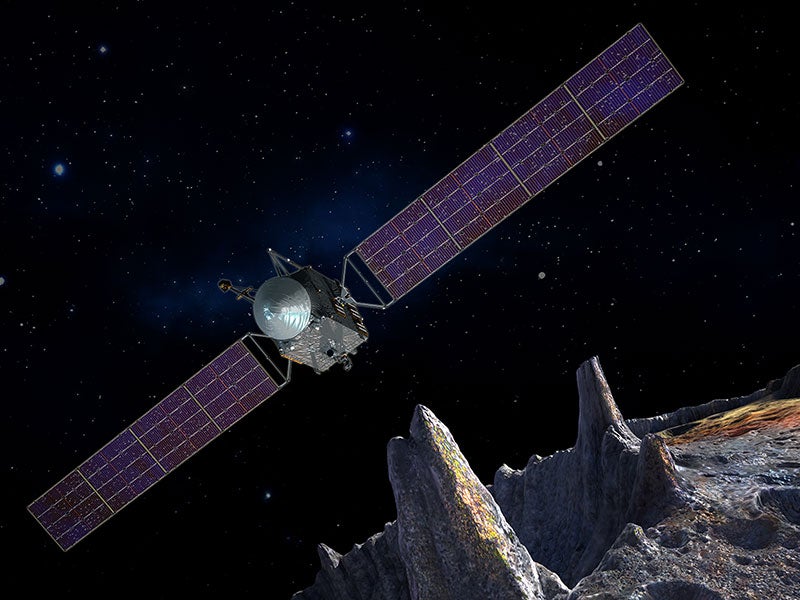 In a move sure to prompt a million jokes about the space agency's share of the federal budget, NASA has announced it is launching a mission to an asteroid made of $10 quintillion worth of metal.

Unlike most of the other rocky objects that make up the asteroid belt, the 130-mile-diameter asteroid known as 16 Psyche is made almost entirely out of metal, according to NASA—mostly iron and nickel, but potentially a number of other rare elements, such as copper, gold, and platinum.

Not that it needs those to inflate its value. The iron alone would be worth the staggering sum of $10 quintillion, lead project scientist Lindy Elkins-Tanton of Arizona State University told Canada's Global News. (In case you're wondering, a quadrillion is one followed by 18 zeroes—or, in other words, a billion billion.)

Due to the unusual composition of the asteroid, scientists have hypothesized that 16 Psyche may be the leftover core of a now-dead planet as large as Mars that once circled the Sun, but had its exterior sheared away by one massive impact after another in the congested solar system of several billion years ago.

"This is an opportunity to explore a new type of world - not one of rock or ice, but of metal," Elkins-Tanton said in a press release. "16 Psyche is the only known object of its kind in the solar system, and this is the only way humans will ever visit a core. We learn about inner space by visiting outer space."

The Psyche mission is expected to launch in October 2023, and make its way to the massive metal body by 2030. Thanks to the wonder of the following computer-generated video whipped up by ASU, CalTech, NASA, and the JPL, however, you can get a sense of what its arrival will look like just by clicking below.