InSight’s camera sent back its first crisp images since landing this week, and these are the results. 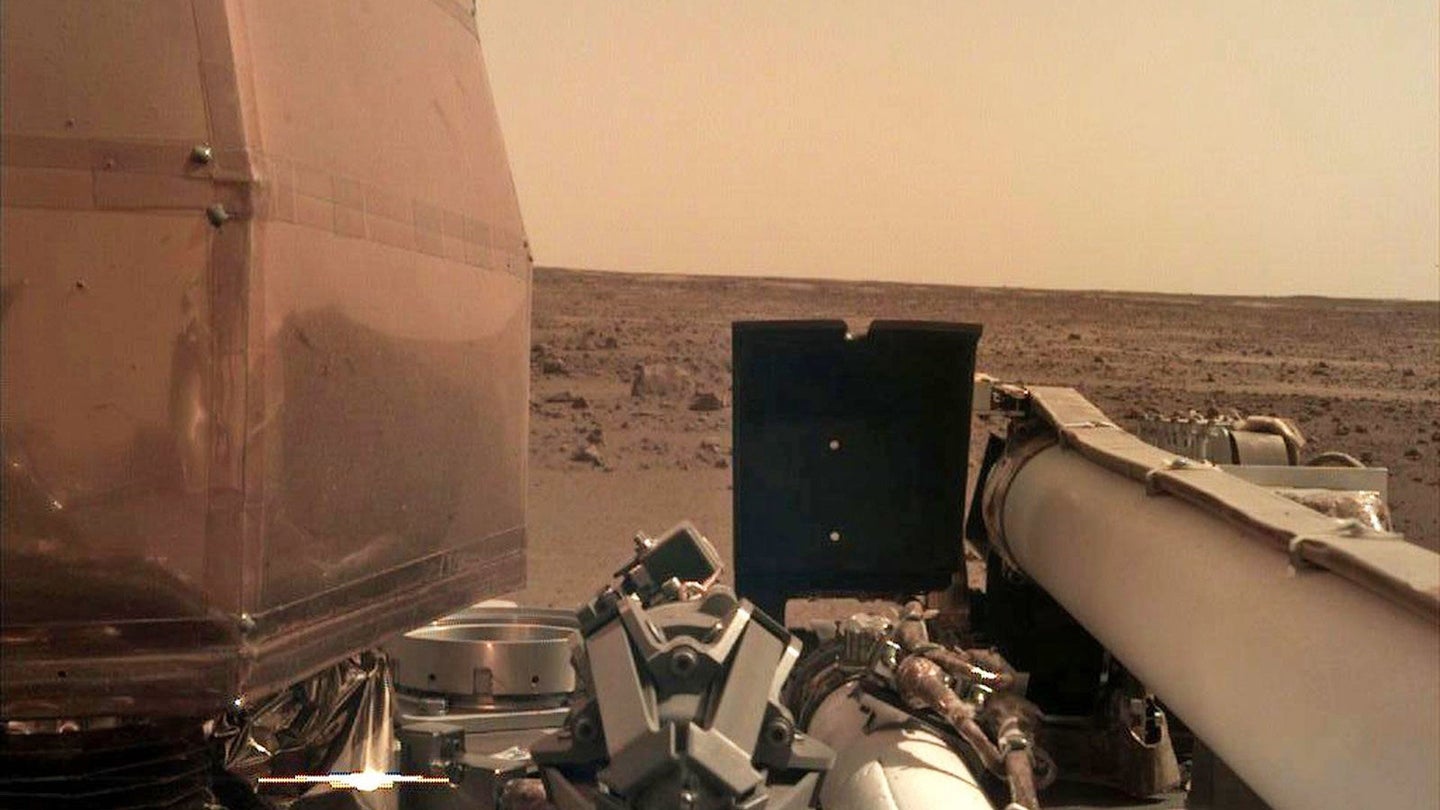 The first clear photo from the ground of Mars taken by NASA’s InSight lander was sent back to Earth this week. This one-megapixel photo follows an image sent back that was too dust covered to see the alien planet.

InSight’s Instrument Deployment Camera (IDC) captured the photo—this camera is found on the lander’s robotic arm. The image shows the landscape of the Elysium Planitia, which is a large plain that’s located at the equator of Mars. After the photo was snapped, InSight transmitted the image back to NASA’s Jet Propulsion Laboratory in Pasadena, California.

NASA has shared the incredible, otherworldly images across social media, including the first dust covered photo with the caption: “My first picture on #Mars! My lens cover isn’t off yet, but I just had to show you a first look at my new home.”

As well as a simulation of the craft opening up 7-foot-wide solar panels that will be crucial to providing the lander with 700 watts of electricity on a clear enough day.

Over the next few days, the robotic arm camera used by InSight will photograph the ground to help scientists at NASA determine where to place instruments for an upcoming two-year mission.

It took six months and 300-million miles to reach the Red Planet’s atmosphere. The $1 billion venture, InSight, landed this week using a parachute and braking engines. This is the seventh successful Mars landing by the United States in the past four decades. After getting settled in, the lander will burrow beneath the surface to study the interior of mars.