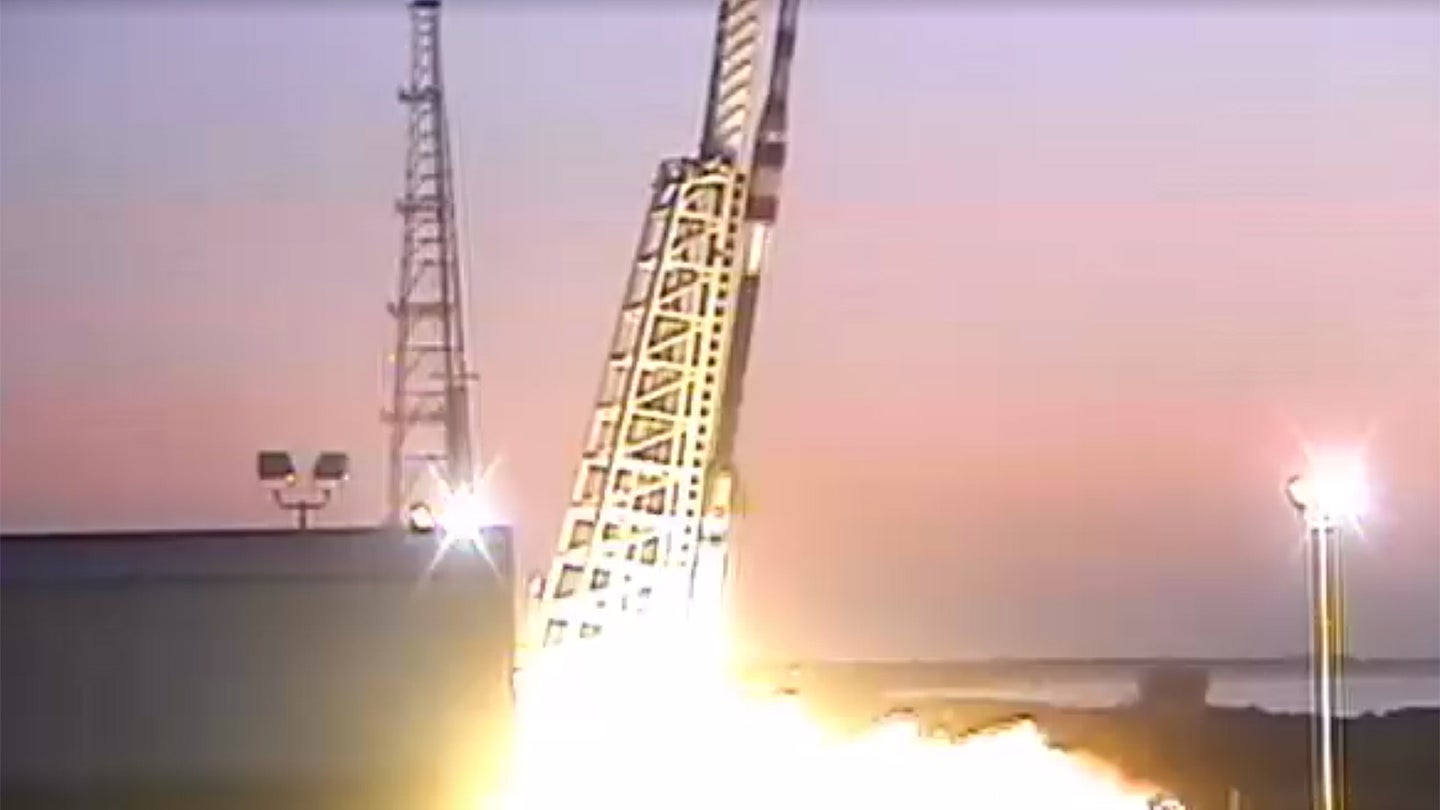 Early Wednesday morning, NASA launched an unmanned rocket on a course high above the U.S. East Coast, as it does with some frequency. Unlike other such launches, however, this rocket wasn't trying to loft supplies up to the International Space Station, nor paint the sky with colorful artificial clouds. No, this rocket launch was designed for a task that combines a handful of awesome words into one even cooler phrase: test a supersonic parachute experiment designed for use on Mars.

The launch, conducted from NASA's Wallops Flight Facility in Wallops Island, Virginia, involved a 58-foot-tall Black Brant IX sounding rocket with the parachute experiment strapped to the top. The rocket blasted off at approximately 6:45am EDT, eventually achieving an altitude of 31.6 miles after around two minutes of flight time before plummeting back down and landing as planned in the Atlantic Ocean for retrieval.

The Martian parachute project is known as ASPIRE—which stands, appropriately enough, for "Advanced Supersonic Parachute Inflation Research Experiment." The ASPIRE, developed by the Jet Propulsion Lab in California, aims to test ways to use parachutes to slow probes and equipment during a descent to Mars. Traditional parachutes made for Earth's hearty air are of little use on the Red Planet, which has roughly one-half of percent of the atmosphere density our planet possesses; Martian 'chutes, therefore, must be capable of working in thin air and at high speeds. Hence, the high-altitude test above the Atlantic, where Earth's atmosphere is paltry enough to serve as a test case for our neighboring world's blanket of gases.

While the project is designed for extraterrestrial use, there may be other, more Earth-bound the ASPIRE parachutes could be used. After all, Elon Musk's Hyperloop might very well benefit from some sort of emergency stopping solution in the event it finds itself coasting powerless through its super-depressurized tubes.

Skywatchers from New York to North Carolina can see a special display—all in the name of science.