You thought Le Mans was quite the endurance race? How adorable. 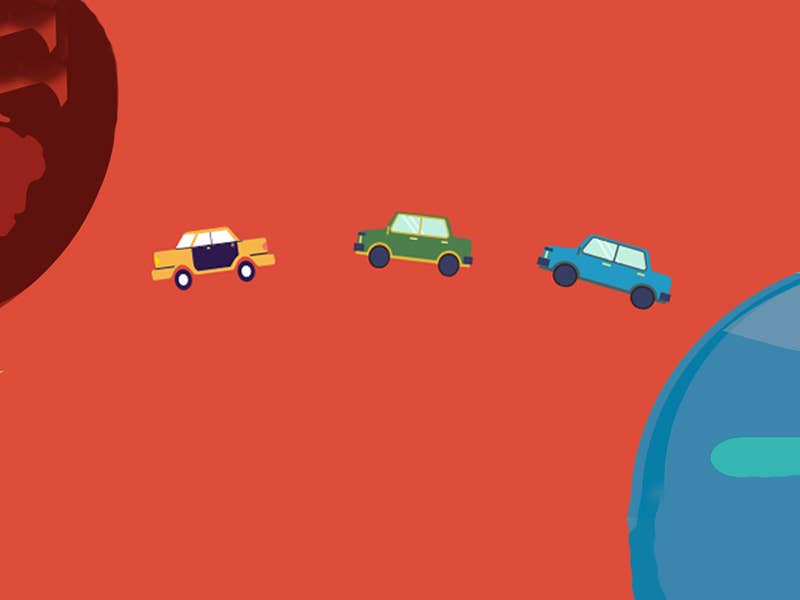 Mars, as Elon Musk and Matt Damon alike will be happy to inform you, is very far away. At its closest approach to Earth, the Red Planet lies about 35 million miles from our Blue Marble; at its farthest, Mars sits almost 250 million miles distant. A space craft traveling tens of thousands of miles an hour requires months to make the journey, and even then, it takes careful planning and some split-second timing. Clearly, at automotive speeds, a trip to Mars would take a ridiculous amount of time.

But would it be enough time for one of the fastest cars of the modern era to catch up to a slower one from a century before?

That was the quandary vexing Van Akaverdyan. A Los Angeles-based systems analyst who's been into cars and astronomy ever since he was a kid, Akaverdyan had the thought while driving one day. After running some numbers when he got home, he decided to turn it into an infographic to better share it on reddit, where he goes by the username ReachTheSky.

For the final poster, cooked up specifically for The Drive, Akaverdyan took one of the fastest production cars from each decade of automotive history and set them on a 225-million-mile course for Mars at top speed, with each starting out the year it entered production. By quirk of fate, the winner wound up landing on the fourth planet from the Sun in 2099. Which, hopefully, will be a good 74 years after the first humans set foot there.