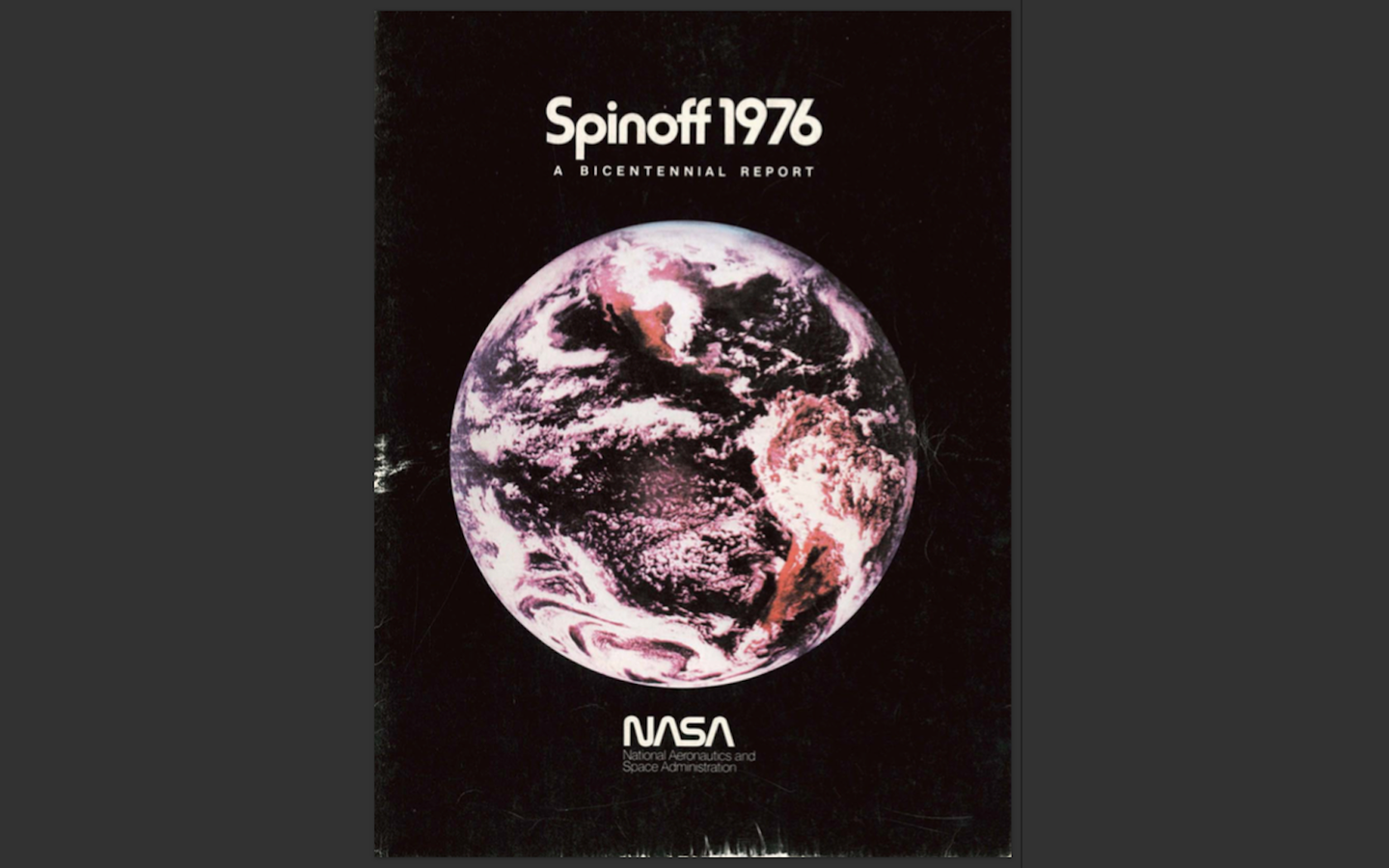 Since it was founded in 1958, the National Aeronautics and Space Administration’s goals have been civilian. The agency’s main objective, to explore outside our orbit, was part of a larger mission to provide "the most effective utilization of the scientific and engineering resources of the United States." Consider that a success: Each year, thousands of consumer products benefit from “spin-offs,” integration of technologies and processes originally developed for and by NASA. That makes the agency’s existence a boon for the economy, pushing forward robotics and agriculture, medicine and computing. Plus, knowing there’s a little Space Shuttle in your electric toothbrush is just plain cool.

So, in 1976, NASA began releasing a magazine to summarize its influence on civilian items. Aptly titled Spinoff, each issue is 100-plus pages of essential nerd material and trivia fodder, charting the diaspora of space technology. Like how the Viking Mars lander program informed winter car tire compounds, or silica fiber Orbiter tiles were repurposed to help jewelers solder precious metals. Because it’s clearly an exercise in justifying NASA’s funding, Spinoff doesn’t discriminate in its coverage; some inventions are incredible (cool suits to slow multiple sclerosis symptoms, 1993), while others are hilarious (helicopter rotor-inspired, and Glen Campbell-endorsed, acoustic guitars, 1978) or downright idiotic (ungainly, pod-like anthropometric in-home relaxation chamber, 1987.) Invariably, though, they are wonderful.

NASA has digitized hi-res scans of every Spinoff, cover-to-cover, and made the collection available online as downloadable PDFs. Just follow this link, then key the desired year into the URL (e.g. “1976.pdf”) and bask in all the retro glory.