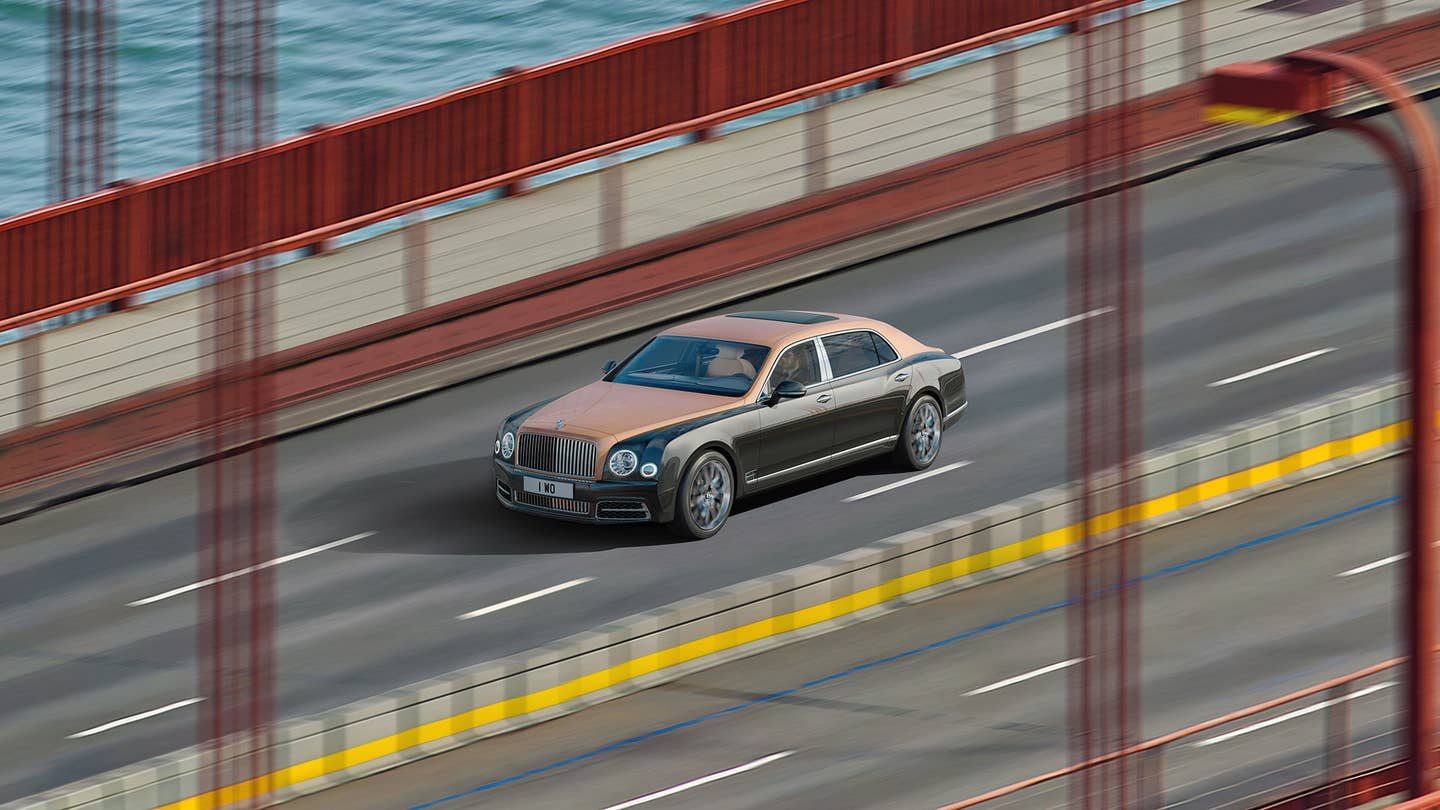 To capture a massive, one-of-a-kind picture of the new Mulsanne Extended Wheelbase crossing the Golden Gate Bridge, Bentley borrowed a technique traditionally used by NASA to capture pictures of Mars. The resulting image? A 53-gigapixel masterpiece that, if printed out at full resolution, would be larger than a football field.

To create the photo, photographer Simon Stock chose a vantage point about 2,300 feet away from the Rose Gold-and-Magnetic-colored Mulsanne driving across the bridge. It took Stock's team of five—one photographer and four computer technicians—six months of planning just to prepare for the shoot. Then came eight days of shooting to capture 700 high-resolution images, followed by three months of post-production to stitch the pictures together. It's the same process NASA has refined over decades to create panoramic photos of the Martian surface from the images sent back by its rovers.

The resulting image is nothing short of incredible. In the wide angle view, the car is barely visible; zoom all the way in, though, and you can identify nearly every one of the 4,500 individual stitches in the Winged B logo sewn onto the passenger seat headrest. Bentley said the point of the photograph was to draw attention to detail, bespeaking the detail the woodworkers and seamstresses and metal finishers in Crewe infuse into every Mulsanne.

In case the gearhead in you is curious, Stock shot the image with a Nikon D810 camera and a variety of lenses ranging up to a 1,200-mm telephoto—a piece of glass so large it dwarfs the camera and is usually built with two carry handles. Even with all the high-tech equipment, the shoot wasn't easy; the Golden Gate is designed to sway more than 20 feet in the breeze, a variance that wound up testing the precision of the final product.

Even ordinary tasks became a headache when dealing with an image so large. Simply saving it every day during the post-production work took four hours. Since it takes 400 hours to build an extended-wheelbase Mulsanne, Bentley could have built three and a half of them in the time it took Stock’s crew to finish the image

When you’re finished ogling the fruits of space exploration technology aimed at a $340,000 Bentley, zooming all the way in on the Mulsanne cabin opens up options to take a 360-degree virtual tour and configure your own version of the car. It may be the most fun you can have with a Bentley for free.

Obviously, The Drive lacks the ability to post the picture in its entirety here—our servers would probably explode if we tried—but you can explore the full-scale image on Bentley's website by clicking here.