The 11 Best Jeep Graphics of All Time

Celebrating the brand’s chunky, Seventies looks on its 75th birthday. 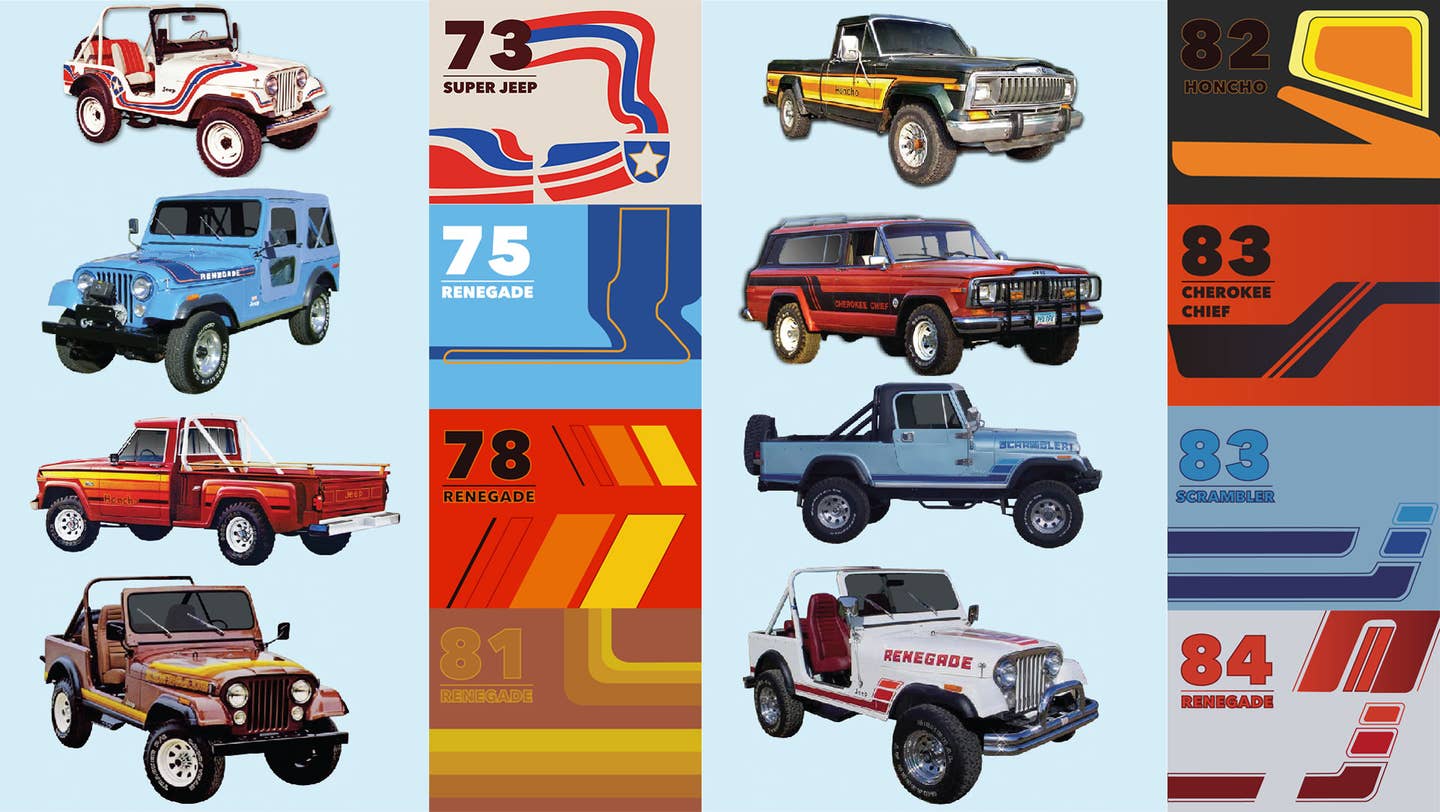 Seventy-five years ago, the world was in legitimate peril. In July of 1941, Stalin announced his “scorched earth” policy, Japan was occupying French Indochina, and British troops were sinking Italian destroyers. American, though still officially a neutral power, had pilots flying in Britain’s RAF and had seized all Japanese assets within the US. The writing was on the wall. And so, that month, production began on a vehicle that would eventually help win the war: the Willys-Overland Jeep. With four-wheel-drive, bug eyes, a boxy silhouette and a slotted grille, the Willys Jeeps produced by Willys and Ford and sent overseas look much like the Jeep Wrangler running around today. This month, the Jeep is 75 years old.

The transition from, military vehicle to civilian runabout was simple. First, remove machine guns, armor, olive drab. Then, add vacuum-powered windshield wipers, naugahyde seats and some chrome trim and voila: the CJ, or “Civilian Jeep.” The early cars are handsome, rugged, and small—lovely in their understatement. But us? We like a little ornament.

Let’s leave understatement to the Brits. The Jeep really came into its own, stylistically, in the Seventies, when Jeep released a slew of packages for the Cherokee Chief, CJ-7, and J10 pickup. While each came with slightly different mechanicals—different drive ratios, taller suspension, uprated engines—the big changes were external. Painted steelies were replaced with chrome alloys; flat white paint was transformed by lurid decals. Here are our favorites from Jeep’s glory days.

Because, while the Willys might have won The War, these butch trucks achieved a greater feat: looking cool as Hell. Happy Birthday, handsome bastards.