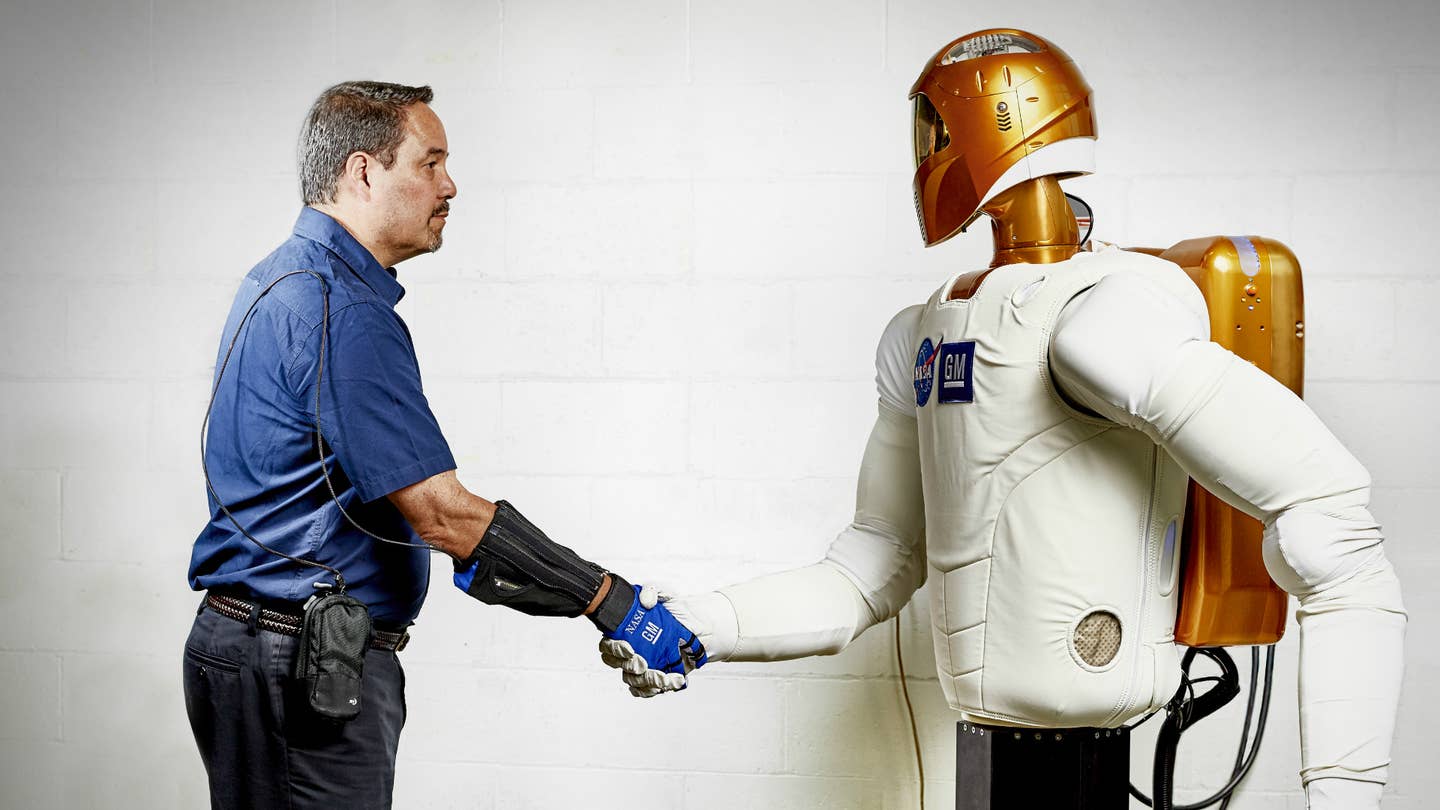 When civilization finally crumbles, and we’re forced to take inventory of our cultural flotsam, carefully selecting a precious few artifacts to preserve for posterity, I pray that somebody submits a copy of The Wizard. It is the pinnacle of hammy Eighties filmmaking. It stars Christian Slater and Fred Savage, because of course it does. And, by way of a product placement masterstroke, it co-stars Nintendo’s then-new PowerGlove. In a seminal moment, this introduced an entire generation to consumer lust. Soon after, it introduced an entire generation to buyer’s remorse, since the PowerGlove turned out to be a horrifically useless piece shit.

Years later, a team of automotive engineers and rocket scientists have teamed up to right that historic wrong. And, yes, that's as magical as it sounds.

Meet the RoboGlove, the motor-assisted hand-gadget you always wanted. It’s the fruit of a nine-year-long partnership between General Motors and NASA, wherein the two companies worked on a helper android for use aboard the International Space Station. In designing that robot’s hands, GM developed pressure-actuated synthetic tendon technology to match human levels of dexterity. Applied in a soft exoskeleton (read: lightweight slip-on), the force-multiplication was a boon for astronauts turning wrenches in space.Now, Bioservo Technologies

Now, Bioservo Technologies has licensed the product. The Swedish firm sees a use in the physical rehabilitation field, and plans on bringing the glove to market. GM, meanwhile, says it wants to trial the RoboGlove in its U.S. factories. No word yet on which plants might be included, or when it’ll happen. But the technology is already proven.Per NASA: "An astronaut working in a pressurized suit outside the space station or an assembly operator in a factory might need to use 15- to 20 pounds of force to hold a tool during an operation but with the robotic glove they might need to apply only five to 10 pounds of force.”

Run-on sentence? Who cares. RoboGlove is magic. All hail RoboGlove.