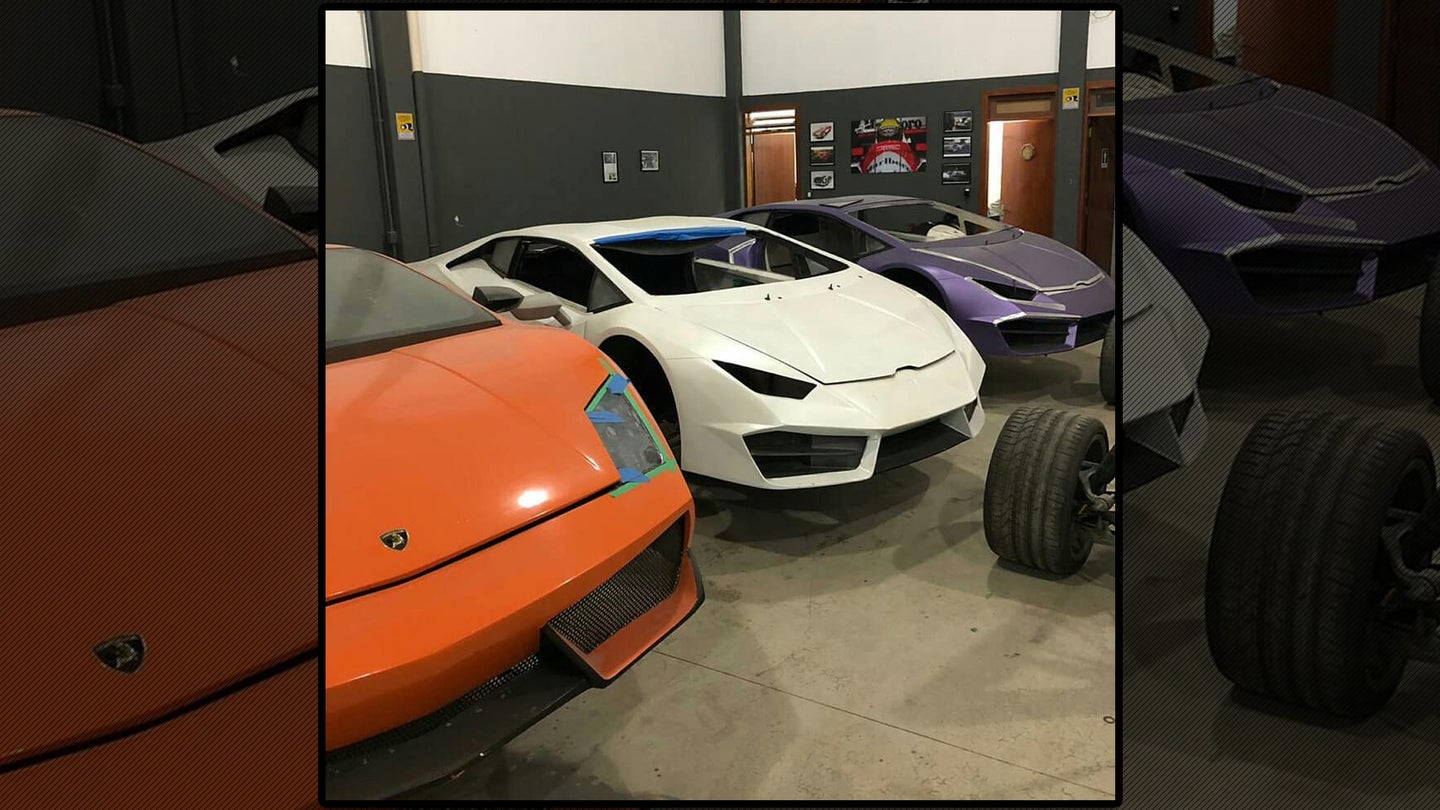 According to the Associated Press and information made public about the bust, police seized 15 "various chassis, molds, tools, and fibers" from the place of business on Monday, all of which were used to assemble counterfeit replica cars that wore the badges of Italian automakers Ferrari and Lamborghini. In total, eight partially completed vehicles were confiscated.

The shop, known as AutoFibra Customs, reportedly marketed the vehicles through various social media channels and charged anywhere from $47,850 to $66,458 ($180,000 to $250,000 Brazilian Real) for an unofficial remake of the Italian sports cars.

The authorities say they were contacted by representatives of both Ferrari and Lamborghini to bring attention to the production of the unlicensed kit cars, something which the police would consider to be a measure of counterfeiting. Both the father and son are set to be indicted for "crimes against industrial property."

Among some of the items found in the shop were phony seats, body panels, and badges which were used in the construction of the automobiles.

According to Lexicar Brasil, Autofibra has been marketing their cars as replicas since they were first founded in 1999. The company reportedly manufactures a custom tube chassis and then lays a fiberglass shell on top. A large number of the replicas are said to be powered by large V8 engines ranging from 210-230 horsepower, though some Porsche replicas reportedly contain six-cylinder Subaru motors.

The shop also produced other high-quality replicas of iconic cars like the C1 Chevrolet Corvette, Porsche 356, and Shelby Cobra