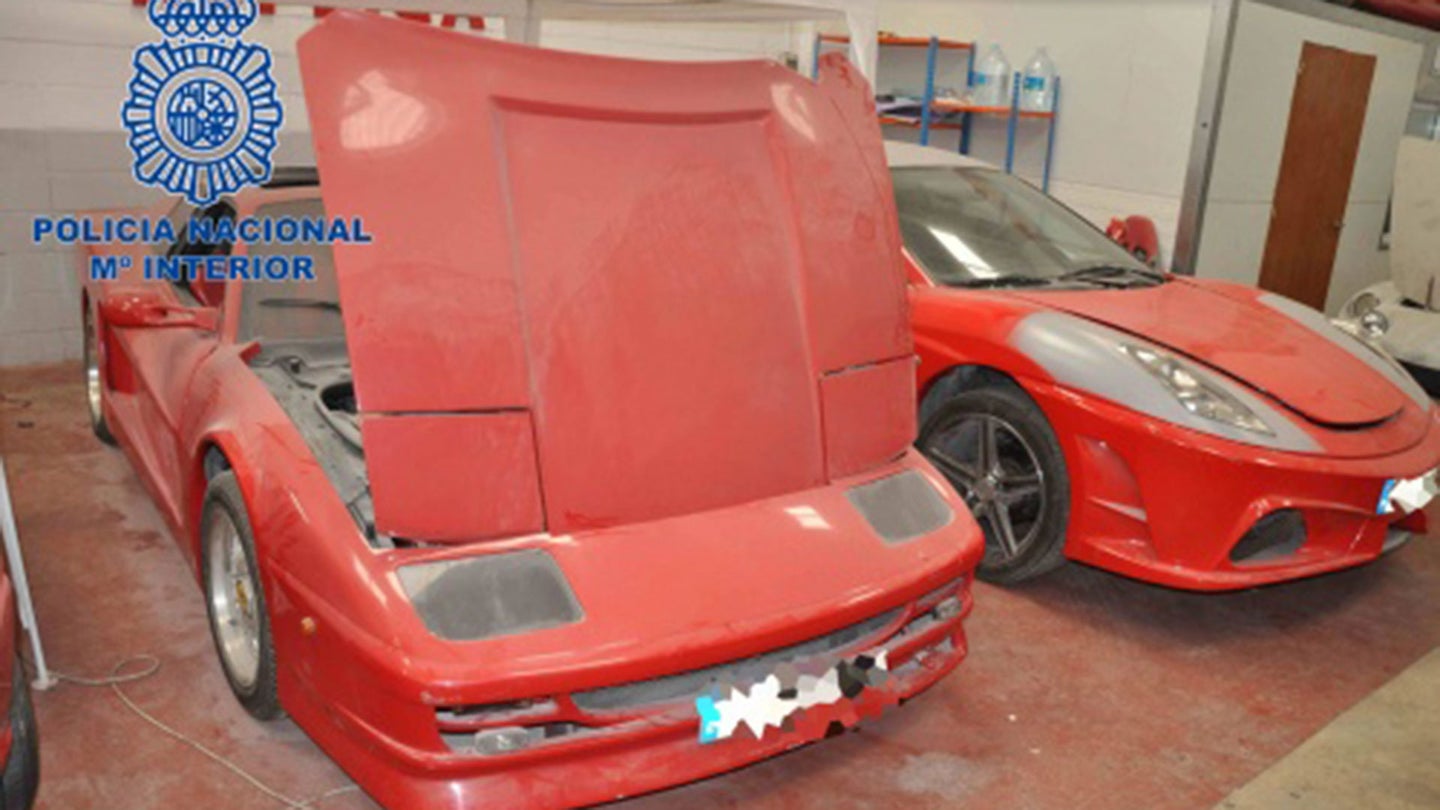 Spanish police have broken up a ring of supercar counterfeiters who were building fake Ferraris and Lamborghinis out of everyday cars, according to authorities.

On Sunday, the Spanish Policia Nacional reported they had arrested three people for creating counterfeit sports cars in the town of Girona. Authorities stated they found 14 vehicles in various states of transformation, including four cars had already been transformed into Ferrari replicas that were ready for sale; they also stated they found numerous parts that boasted a clear resemblance to official Ferrari and Lamborghini parts, such as speedometers and documents.

Police also said they found "a fully equipped facility for the cultivation of marijuana," as Google Translate puts it, at the shop where the fake Ferraris and lousy Lamborghinis were being made.

The Policia Nacional said they were able to track down the supercar counterfeiters through a series of websites selling second-hand cars after first finding one for sale in the town of Benidorm.

According to the Daily Mail, the fake sports cars were based off Toyota MR2s, Ford Cougars, and Peugeot 406s.