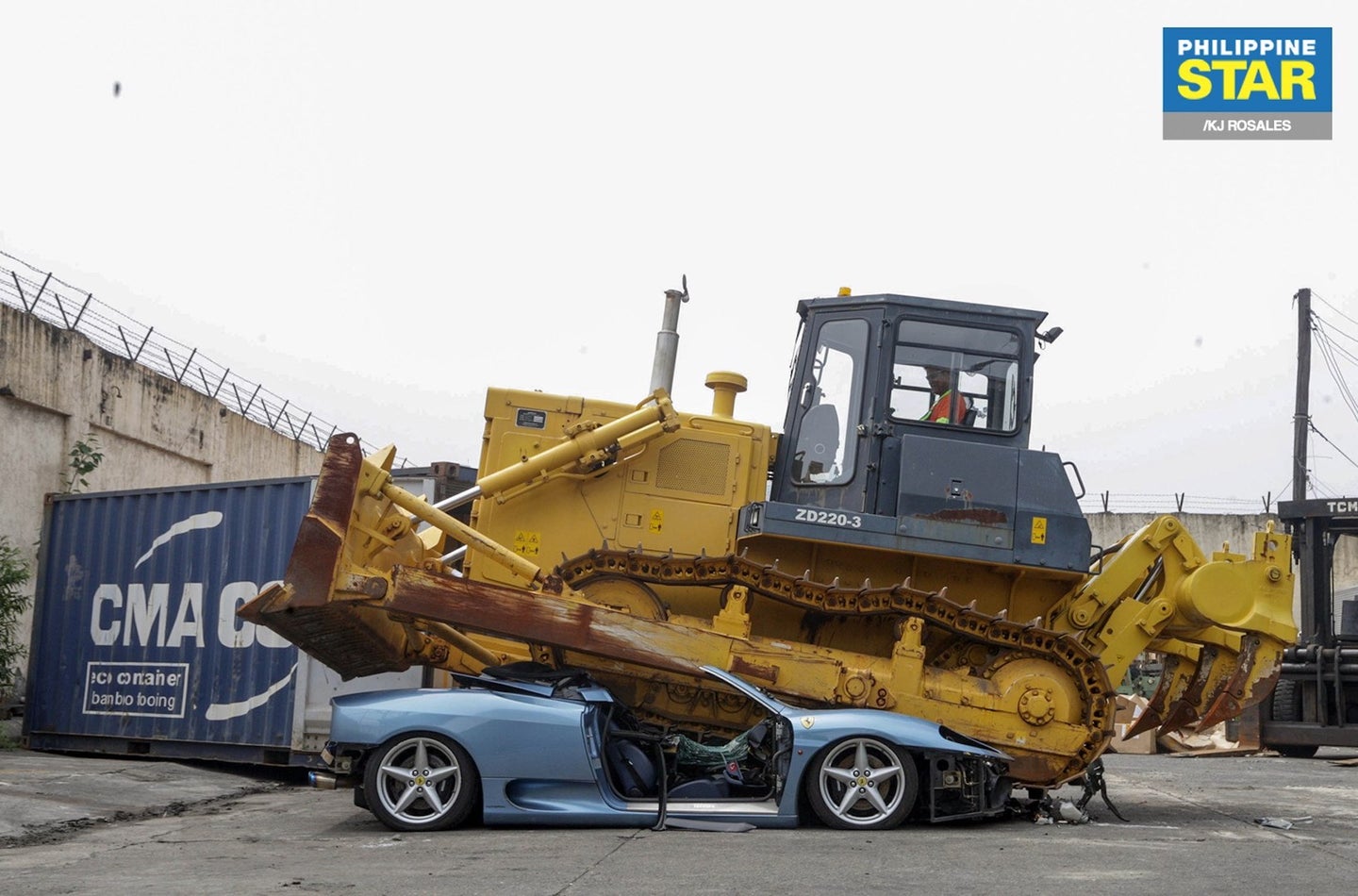 The Philippines has a smuggling and tax evasion problem, and its solution is enough to make any gearhead misty-eyed. Recent photos surfaced online that show a Ferrari 360 Spider being brutally destroyed as part of an anti-smuggling event put on by the Philippine government.

In a Facebook post from The Philippine Star, photos show a Ferrari 360 Spider with an estimated value of seven million Philippine pesos (around $137,000) not just being crushed but being smashed to bits by a guy with a smile on his face driving a giant bulldozer. For good measure, he makes sure to roll over the top of the Ferrari as well. Thankfully for somebody, it appears the car had been stripped of at least some valuable parts like doors and bumpers before being destroyed.

This is tragic, without a doubt, but it’s far from the first time a valuable supercar has met its demise at the hands of a crusher in the Philippines. Last year, a video surfaced of the country’s president, Rodrigo Duterte, overseeing the destruction of $5.5-million worth of high-end vehicles and motorcycles. Part of his “campaign against corruption,” the crushing was hard to watch, as it destroyed everything from Lamborghinis to Porsches and Ducatti motorcycles.

According to Gulf News, this blue Ferrari was incorrectly declared solely as auto parts by the owner in an attempt to avoid paying import taxes. In the same event, fake cigarettes and cigarette making machines with a far higher value—nearly $3.1 million—were also crushed.