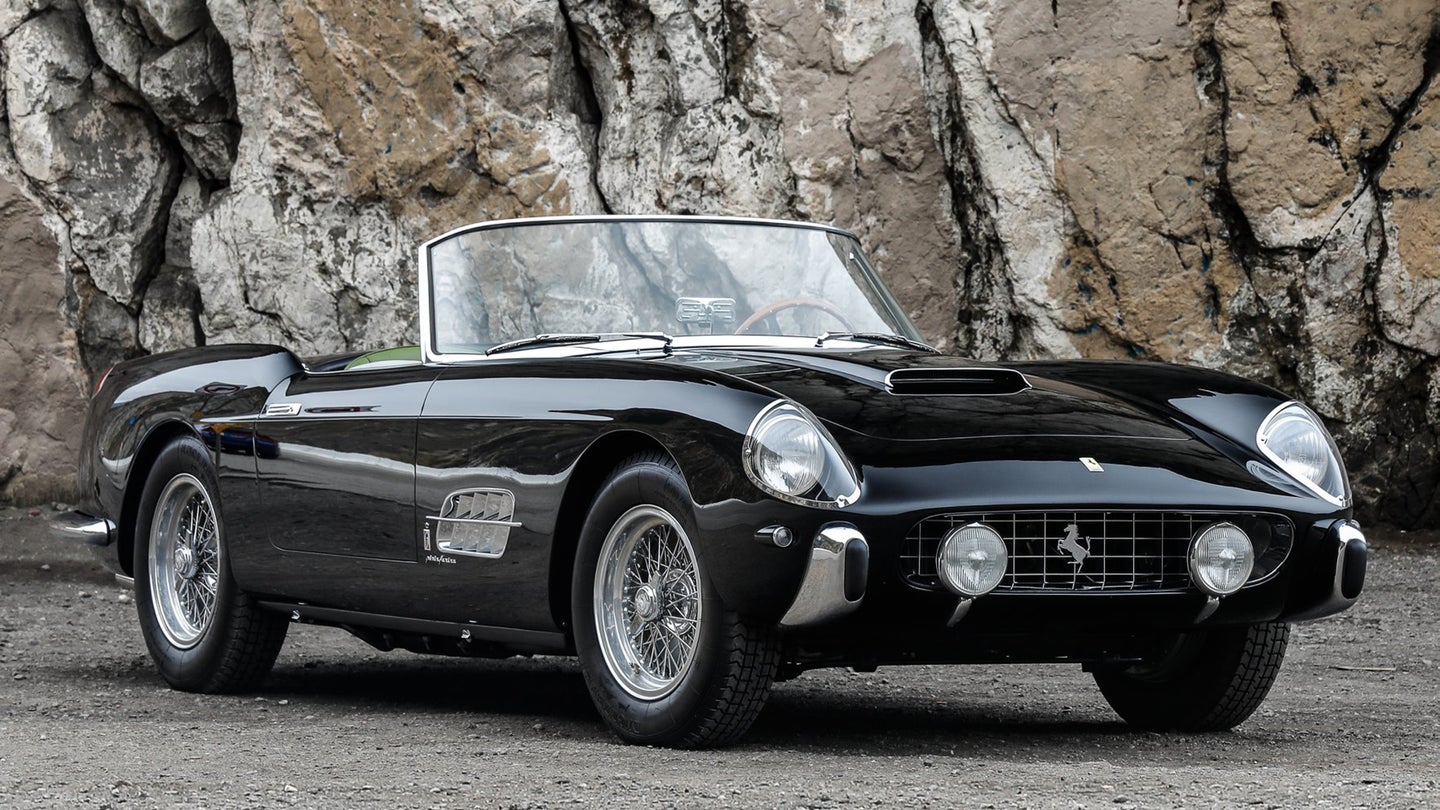 As we approach Monterey Car Week, one of the automotive world's grandest spectacles, international auction outlets are prepping some of the most exquisite million-dollar machines for the gathering. One that stands out is Gooding & Company with its latest treasure, a 1958 Ferrari 250 GT Series I Cabriolet by coach built by Pininfarina.

The Ferrari 250 and all of its variants are arguably some of most beautiful and sought-after classic cars in all of history. So much so, in fact, that an Italian court recently ruled the 250 GTO to officially and legally be considered a work of art. This isn’t to disparage other versions of the 250, though, as they too can be perceived as examples of pure automotive art.

This 1958 250 GT Cabriolet with coachwork by Pininfarina is a prime example. It's only one of 40 examples from the year with special bodywork by the Italian design firm. More specifically, this car, chassis number 0789 GT, is just one-of-four featuring some bespoke appointments like side vents, short “bumperettes,” and covered headlights. During its heyday, it was the most expensive Ferrari.

When new, the 250 GT Series I Cabriolet was often cross-shopped with the likes of the W198 Mercedes-Benz 300SL roadster, BMW 507, Alfa Romeo 6C 2500 Villa d’Este, and the Bentley Continental Drophead Coupe.

Car 0789 GT was specifically made for one of Ferrari’s biggest VIP clients at the time, Prince Alessandro “Dado” Ruspoli of Rome, a well-known actor and playboy in Italian pop culture. His biggest role was in La Dolce Vita and Ruspoli would often be seen driving his Ferrari amongst the same crowd that consisted of Pablo Picasso, Brigette Bardot, and Salvador Dalí.

Gooding & Company didn’t post a starting auction price just yet, but in its press release, the outlet estimated that it could sell for $7-8 million. That's considerably higher than SportsCarMarket's valuation where it found 250 GT Series I Cabriolets often change hands in the neighborhood of $6.27 million and they’re known as “frequent fliers” at big-time auctions.